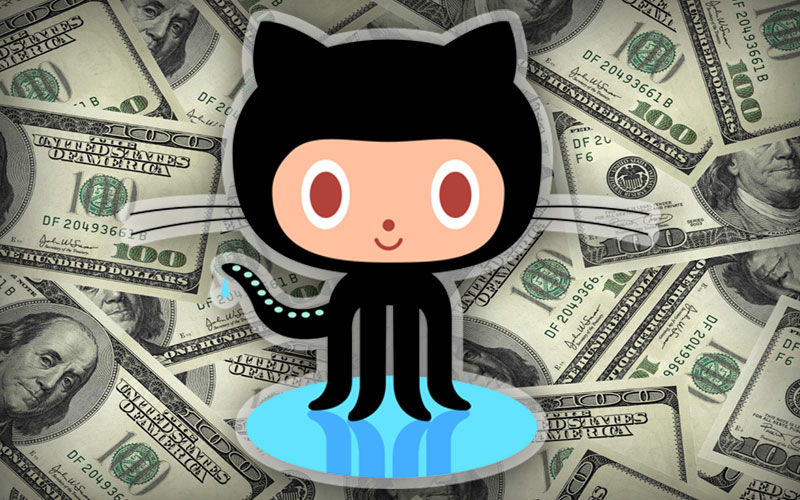 After half a decade of preaching about the virtues of bootstrapping, the GitHub founders are finally getting in bed with a major VC firm to the tune of $100 million — that’s $1 million per employee at the still-small startup.

GitHub’s business is supplying social coding tools for developers; the investing firm is Andreessen Horowitz; and this round is indeed the biggest Series A that’s ever come across our desk. It might be the biggest Series A of all time (we’re still doing some research on that score, digging through the dotcom files). It is, however, the largest investment Andreessen Horowitz has ever made, a firm rep told us.

“We’ve been talking to VCs for a long time, and we never found someone with a shared vision,” said GitHub co-founder Tom Preston-Werner in a phone conversation with VentureBeat today. But after reading Marc Andreessen’s Why software is eating the world article, the bootstrapping boys of GitHub changed their tune.

“Sitting down and talking with these guys, it was clear that they believe in the same things that we believe in,” said Preston-Werner. “We’ve already established a culture for everything we do, and they don’t want to change us.”

But don’t go pouring your 40 on the floor just yet. GitHubbers are still committed to the principles of bootstrapping, especially for younger startups, and Preston-Werner doesn’t think their messaging on that score will change any time soon.

“We still believe that taking too much money too early can be bad for a company,” said Preston-Werner. “Too much outside influence can be dangerous. We’re four and a half years old now, so we’ve had a chance to really define ourselves.”

GitHub has grown immensely popular since its launch in 2008. It provides a simple (and in many cases free) way for programmers to share code, collaborate with other developers, and post updates to open-source projects as well as private development projects. It now boasts over 1.7 million members who have shared a combined 3.185 million code repositories, making it one of the largest libraries of computer code anywhere. Until now, it’s been funded entirely on revenues from the individuals and companies that use it.

While key GitHub founders and team members have been vocal advocates of bootstrapping, Preston-Werner said, “We haven’t ever been anti-VC, we’ve only been [against] people compromising their product for the wrong reasons.”

The infusion of cash will help GitHub accomplish a few of its loftier goals: total invasion and domination of the enterprise, flawless clients for all platforms and devices, and new features and products for para-development personnel such as technical writers and web designers. “Specifically, there’s a strategy called ‘GitHub Everywhere.’ We want everyone in software to be using GitHub,” said Preston-Werner, “individuals by themselves, small teams, students, as well as big, massive enterprises.”

And that takes money, money for hiring, money for acquisitions, money for marketing. “Where we are now and what’s left for us to accomplish, having some money in the bank is going to… make GitHub better for everyone involved,” said Preston-Werner. “Everything that’s great about GitHub right now, we’re turning it up to 11 with this funding.”

Still, the team realizes this news may come as a shock to many in the startup community who have taken GitHub’s previous pro-bootstrapping message deeply to heart.

In a separate conversation, 37signals co-founder and Ruby on Rails creator David Heinemeier Hansson, also a longtime and vocal advocate of bootstrapping, expressed some healthy suspicions about the deal.

“Github has done a world of good to open source, and they appear to have a great business,” Heinemeier Hansson said. “I just hope they don’t put their long-term staying power in jeopardy by handing control to the VC hyenas.”

“It’s going to be our job to prove to everyone that this is the right decision for GitHub, and the proof will be in the product becoming even better,” said Preston-Werner. “People will see it as they see it, but once they experience what the future of GitHub is, they’ll make up their minds.

Peter Levine, an Andreessen Horowitz partner with particular experience in enterprise and M&A, will be joining GitHub’s four-man board as part of the deal. When the deal is complete, the GitHub founders will still control the majority of the company’s stock — meaning they’ve succeeded in attaching a greater-than-$200 million (post-money) valuation to their company.

We concluded today’s phone call by asking Preston-Werner if this deal put any extra pressure on GitHubbers to start heading for the exits — a big, fat acquisition, perhaps.

“This money is for them.”