The GitHub code repository, which has been used by 31 million developers around the world in the past year, today announced a sweeping series of changes, including Actions, a new way for developers to automate workflows and build, share, and execute code inside containers on GitHub.

In a phone interview with VentureBeat, GitHub head of platform Sam Lambert called Actions the “biggest thing we’ve done since the pull request” and compared it to Shortcuts for automating workflows introduced for iOS 12 last month.

“It means that you can now use this to express your workflow and plug together lots of small pieces called GitHub Actions inside your repository, and an action will do pretty much anything that will run inside a container,” Lambert said. 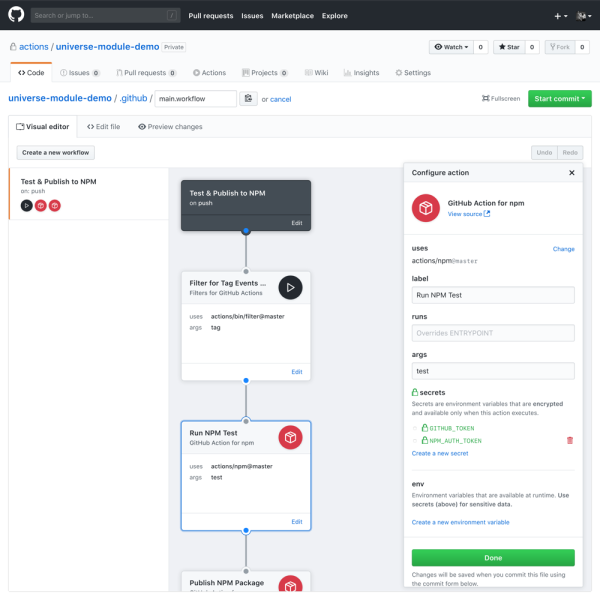 Actions will be made available in limited public beta for Developer, Team, and Business Cloud plans on GitHub. They’re designed to make it possible for any team to adopt the best workflows, said GitHub senior director of product engineering Cory Wilkerson.

“A lot of the major clouds have built products for sysadmins and not really for developers, and we want to hand power and flexibility back to the developer and give them the opportunity to pick the tools they want, configure them seamlessly, and then stand on the shoulders of the giants in the community around them on the GitHub platform,” he said. 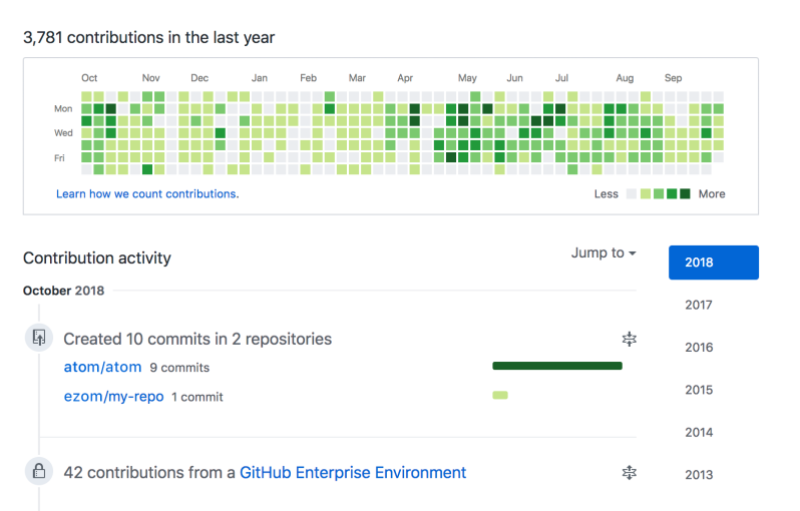 Also announced today is unified contributions, a feature that lets developers get credit for the work they’ve done on repositories for businesses in the past. Contributions is designed to help developers whose history is locked behind the firewalls of private companies.

“I wrote code for 20 years, and that’s kind of lost. It’s not represented on my GitHub profile today, and so what GitHub Contributions does is allow me to kind of defragment my developer identity and start carrying that from behind the firewall onto my developer presence for the rest of the world,” Wilkerson said.

A number of security measures were also made available today, including the Security Advisory API for access to all vulnerabilities found by GitHub for integration into your existing tools and services.

Security vulnerability alerts for Java and .NET code were introduced today to deliver automated notifications and insights into how to fix issues with your code. Proactive security alerts were first introduced last year for Ruby, JavaScript, and Python.

Also new: token scanning for public repositories. This feature allows GitHub to alert a developer or even their cloud provider if secret keys or passwords are, for example, accidentally pushed into a public channel.

The series of updates to the GitHub platform were announced at the GitHub Universe conference being held today and Wednesday at the Palace of Fine Arts in San Francisco.

The Octoverse report, a kind of State of the Union for developers, was also released today, and found that GitHub has had 31 million users in the past year, up from 24 million last year.