GitHub released its annual Octoverse report today, revealing trends in one of the largest developer communities on the planet, including a spike in open source project activity following the start of the COVID-19 pandemic. GitHub is now used by 56 million developers worldwide, up from 44 million in 2019 and 31 million in 2018.

Above: GitHub programming languages by popularity

JavaScript continues to be the most popular programming language on GitHub, while Python is now the second most popular, followed by Java and the fast-growing TypeScript community. Maintained by GitHub owner Microsoft, TypeScript has climbed from seventh place in 2018 and 2019 to fourth overall this year. PHP and Ruby, languages that ranked among the most popular five years ago, continued to decline in popularity. 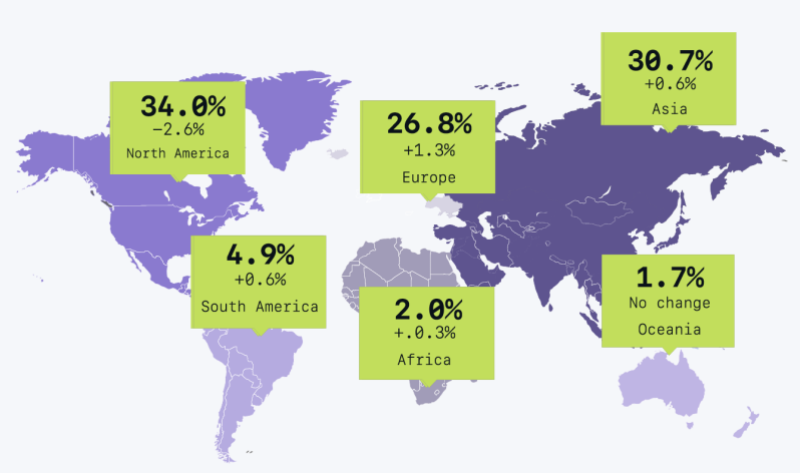 Above: Active users by region 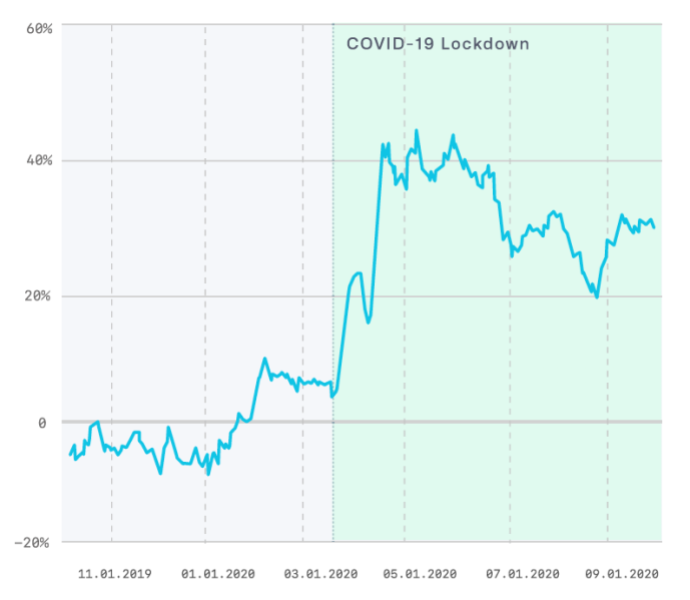 The report also attempted to characterize distinctions in the way large communities operate on GitHub, including contributors to the open source TensorFlow machine learning framework.

“There is a clear pattern of typical behavior in the TensorFlow community: Most new members comment on issues (50% to 75%), some create issues (25% to 30%), and a few review pull requests (~5%),” the report reads. “In other communities, new members push code more often than tenured ones, but in TensorFlow, it’s almost nonexistent, and even veterans don’t push often. Here, the primary mode of interaction is issues.”

The number of people who identify as developers is down from 60% in 2016 to 54% in 2020. In addition to developers, analysis found that people who identify as data analysts, scientists, or managers participated in projects like TensorFlow. Education is also a growing part of the GitHub community, following the launch of GitHub Classroom, and accounts for the second-largest group of users on GitHub behind developers.

GitHub was founded in 2008. The Octoverse report was established in 2014, and the latest edition was released this week ahead of the GitHub Universe annual conference.