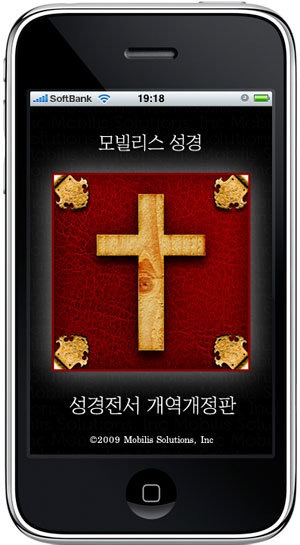 It turns out that the world’s best-selling book, the Bible, has now produced one of the smartphone world’s most popular apps: YouVersion, which added its 10 millionth user Tuesday.

Launched in April 2008 by Oklahoma megachurch LifeChurch.tv, the free YouVersion has experienced wildfire growth, becoming the leading free Bible app in iTunes from 2008-2010 and achieving a 5-star app by 50,000+ people.

The company said its stats show that someone new is installing the app every 2.8 seconds, while 12 other people are opening the app during that same time period.

YouVersion measures the number of “unique devices that have installed” the app at 10 million. It said its median active user rate hovers around 3.2 million per month.

Bobby Gruenewald, who holds the title “innovation leader” for LifeChurch.tv, told VentureBeat that the nonprofit company sees usage and new installations of the app peaking on Sundays, with Nov. 14 one of the sharpest spikes in new installs that YouVersion has seen since its founding.

“A lot of people will just bring the app with them to their ministry services instead of an actual hard copy Bible,” said Gruenewald, “and people next to them will ask them what they are using and then go ahead and download it themselves, too.”

The app is also available on Blackberry, Android, Palm, Windows 7 Phone and Symbian.

YouVersion currently offers more than 40 different versions in 20 different languages and allows users to read the Bible in its entirety, choose to excerpt specific passages based on search criteria or add one of the app’s “reading plans.”

YouVersion’s 23 different reading plans allow people to read the entire Bible over a year, or chronologically by book, and everything in between.

Using social media to spread word of the app has also been a popular tool for YouVersion, as people send information to their friends about passages or verses they particularly like.

The nonprofit survives solely on donations from its founding church and private parties, although all users of the app have the ability to donate directly to YouVersion via one of its in-app functions.

YouVersion also partners with Bible publishers who own the rights who to various Bible translations and make those translations available to the company via unique relationships for additional access like full downloads.