Google’s artificial-intelligence hiring spree continued today with the acquisition of Jetpac, a startup that created a mobile app that pulled specific items out of publicly available Instagram photos to generate city guides.

In a tweet today, Jetpac cofounder and chief technology officer Pete Warden directed people to a new company homepage that announced the news:

We look forward to working on exciting projects with our colleagues at Google.
We’ll be removing Jetpac’s apps from the App Store in the coming days, and ending support for them on 9/15.

That might sound like a sad development for users, but for people who use Google services — especially those involving images — there might well be an upside. Warden and his colleagues managed to take a complex branch of artificial intelligence known as computer vision and make it easy for lots of people to use.

The team was skilled in deep learning, which is an area Google has done plenty of work on, but it certainly could use more talent and ideas for ways to implement image-recognition technologies as plenty other companies, including Microsoft and Baidu, beef up their own deep-learning operations. Perhaps even online pinboard company Pinterest is interested in the area, as are Facebook and Twitter.

Deep learning involves training systems called artificial neural networks on lots of information derived from audio, images, and other inputs, and then presenting the systems with new information and receiving inferences about it in response.

Warden, who spent five years as a senior engineer at Apple and is now working on a book about deep learning, did not immediately respond to VentureBeat’s request for comment.

Jetpac announced a $2.4 million funding round in 2012. The startup’s investors include Khosla Ventures, Morado Venture Partners, and Jerry Yang.

Earlier in its life, the Jetpac app let people explore travel pictures from their Facebook friends and decide where they wanted to visit.

More recently, Jetpac developed a mechanism for spotting smiles in pictures to discern how happy people are in a city. 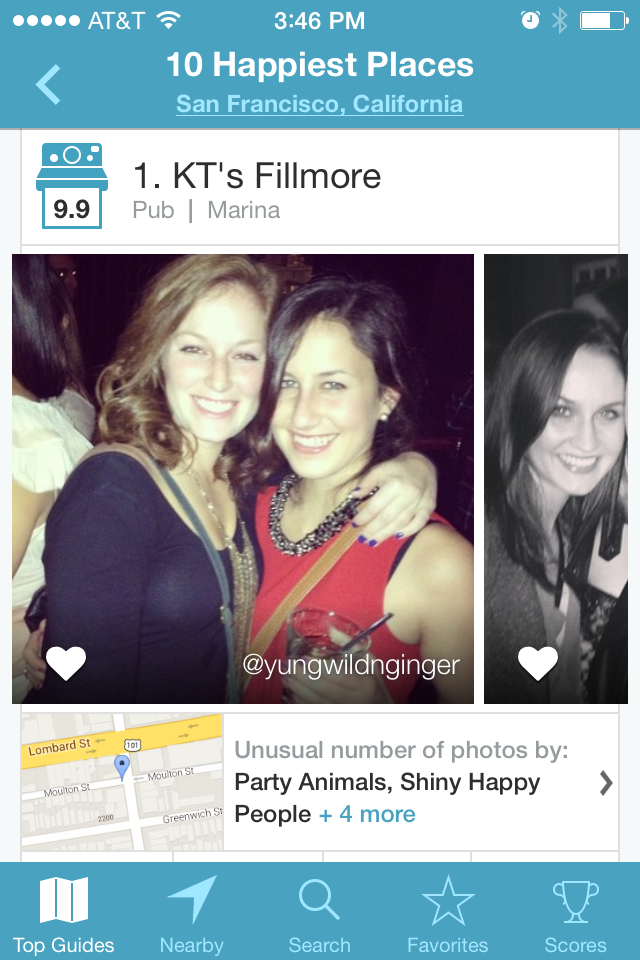 Above: A screen shot of the Jetpac app on an iPhone.