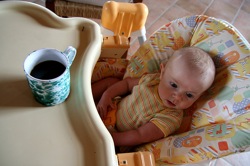 Google App Engine, the search giant’s environment for building and hosting web applications, was first announced a year ago. To commemorate that birthday, Google held another developer event at its Mountain View, Calif. campus where it revealed several new App Engine features — most importantly, support for programming language Java.

App Engine is still relatively immature compared to more-established competitor Amazon Web Services (whose most famous customer may be microblogging service Twitter), and its limitation to apps built in Python is of the big signs of that immaturity. The Java announcement certainly isn’t a surprise — rumors kept popping up about when Google would add Java, and the company has always said that it would be opening App Engine to other languages — but it’s absolutely necessary if App Engine wants to compete with Amazon and Microsoft’s still-in-development Windows Azure.

Developers will also be able to move those Java applications to other servers if necessary; IBM demonstrated moving a Java app to IBM Websphere with just a few code changes. Google says the first 10,000 developers to sign up will get to test out their Java apps in App Engine before everyone else.

Another sign of App Engine’s maturation: Google is adding a database import tool to make it easy to move gigabytes of data into App Engine, with corresponding export tools coming within a month.

The evening’s last major announcement had less to do with App Engine and more with Google Apps, the company’s bundle of online productivity software like Gmail and Google Docs. (The two products are connected, in that companies can build customs Google Apps in App Engine.) Google is adding a Secure Database Connector, which will allow IT administrators connect Apps with information behind the corporate firewall. For companies still hesitating about moving their applications and data online, security is the biggest concern. The SDC should alleviate some of those concerns — companies can keep their data behind the firewall, but still use it in Google Apps.

Google I/O, the company’s developer conference, is coming at the end of May, so we can probably expect some related announcements then.