Firebase, Google’s mobile and web development platform, had 18 products as of October 2018. That might sound like a lot, but try telling that to Google. Over the past six months, the Mountain View company says it’s released over 100 new Firebase features and improvements. And on the first day of its I/O 2019 developer conference this week, Google detailed the enhancements coming down the pipeline. 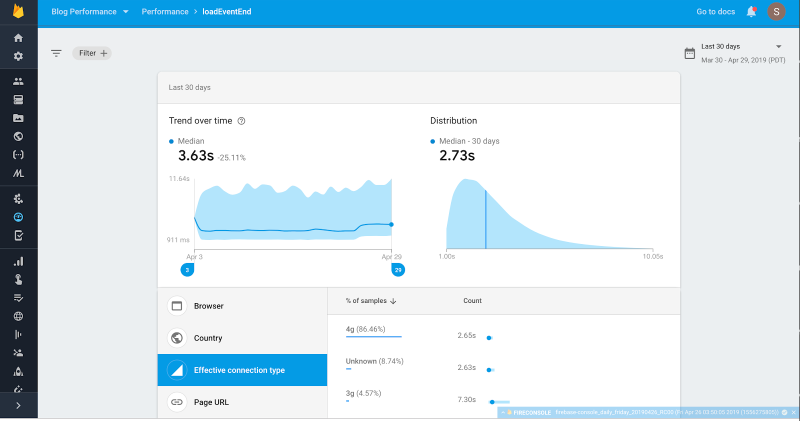 Above: The Firebase Performance Monitoring dashboard.

Performance Monitoring for web apps is relatively easy to get up and running. Developers paste a few lines of code to their site and Performance Monitor will track and visualize metrics like page load, network stats, time to first paint, and first input delay across user segments. From these, within the Performance Monitor dashboard, insights into overall web app speed and performance can be more readily gleaned.

Tracking user behavior is a task best suited for Google Analytics for Firebase, an integration that provides free, unlimited reporting on up to 500 distinct events. A few weeks back, it gained an advanced filtering feature that simultaneously sieves reports by a range of properties and audiences. Today, building on those upgrades, Google took the wraps off of a brand new, built-from-scratch audience builder.

The reimagined audience builder includes features like sequences, scoping, time windows, membership duration, and more. It’s meant to be used in conjunction with tools like Remote config, a cloud service that lets developers change the behavior and appearance of apps on the fly, and App campaigns, which taps AI to identify highly engaged users across Google Search, Play, YouTube, and millions of sites and apps. 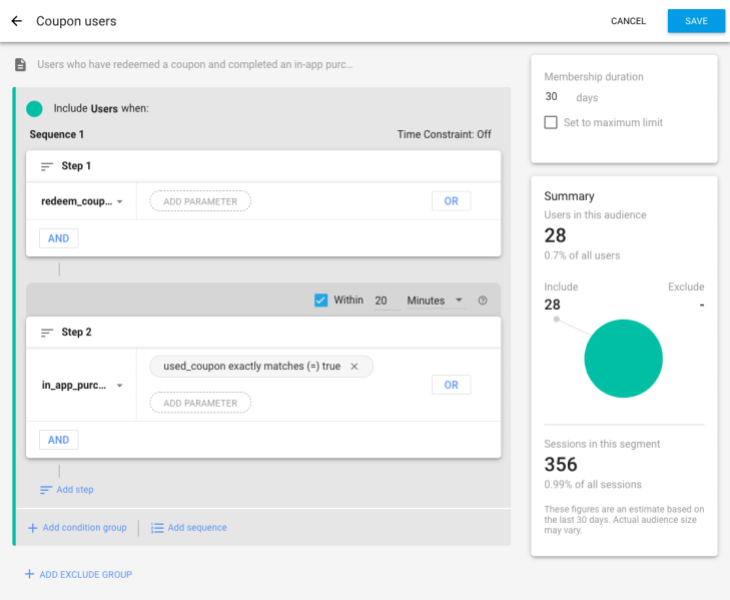 Above: The new Firebase audience builder.

Last but not least, Google recently graduated Cloud Firestore — its fully managed NoSQL database — out of beta into general availability with lower pricing tiers and new locations. It’s additionally added support for Collection Group queries, which enables searches for fields across same-name collections no matter where they are in the database.

That’s not all that’s new in Firebase.

Meanwhile, Firebase Crashlytics, the service that helps to track and fix app stability issues, now supports Unity and Android’s native development kit (NDK). And now, the frequency and volume of Velocity alerts — alerts that indicate an issue is suddenly increasing in severity and impacts a significant percentage of users — can be customized. 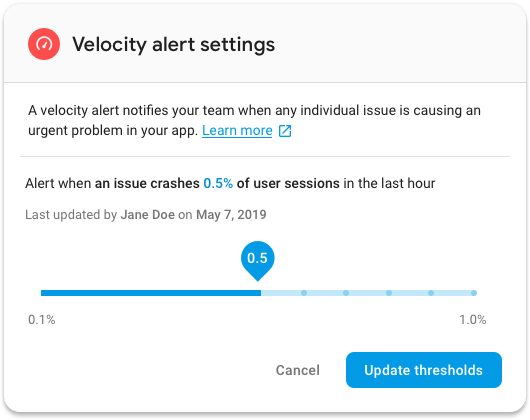 Above: Customizing velocity alerts in Firebase.

All those come after Firebase Test Lab, which facilitates testing on real, physical devices from code line interfaces or the Firebase console, gained test types for Wear OS apps and Android App Bundles. Coinciding with their additions, ML vision debuted in Test Lab’s monkey action feature, which helps to intelligently simulate where users will tap in an app or game. And tests have become more reliable, Google says, thanks to features like test partitioning, flaky test detection, and the robo action timeline.