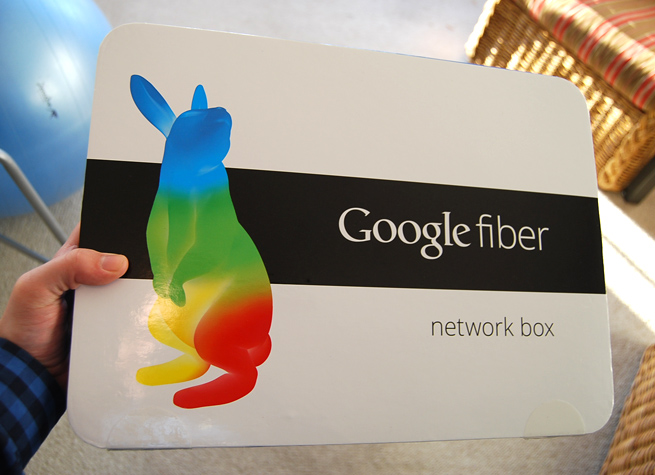 Google Fiber offers download and upload speeds that are 100 times faster than the average consumer broadband connection — and at a much cheaper price. The service launched in the Kansas City area back in July, which instantly prompted competing services from Time Warner Cable to boost their own offerings. The announcement of Google Fiber coming to Provo validates Google chairman Eric Schmidt’s  previously statement that this is not a side project.

“Utah is already home to hundreds of tech companies and startups, and many of them are based in Provo. In fact, the Provo area ranks second in the nation in patent growth, and is consistently ranked as one of the top places to live and do business in the U.S. We believe the future of the Internet will be built on gigabit speeds, and we’re sure the businesses and residents of Provo already have some good ideas for what they’d build with a gig.”

Provo is also a bit different than the other two areas Google is planning to launch Google Fiber in. The company explained that Provo already has a municipal Internet network in place since 2004 and has been looking for someone to partner with or take it over. If city officials approve of Google taking over Provo’s municipal network, the company has stated that it will offer its “Free Internet service (5 Mbps speeds) to every home along the existing Provo network for a $30 activation fee and no monthly charge for at least seven years.” That’s a hell of a deal, considering that Kansas City’s installation fee is much higher. (Austin’s installation fees have yet to be determined.)

Of course, Provo residents will also be able to sign up for Google Fiber’s 1 Gbps speed Internet as well as its Google Fiber TV package, which just added HBO and Cinemax to its programming lineup. Also, with the existing Internet infrastructure already in place, Google Fiber said it would give 25 community organizations, schools, and libraries a free ultrahigh-speed connection.

We’ve embedded the promotional video about Google Fiber coming to Provo below.