Google today released a new sample app called Universal Music Player that works on smartphones, tablets, Android Auto, Android Wear, and Google Cast devices. The word “sample” is key here: This is a reference design for developers so they can learn how to implement a service that works across multiple form factors.

That’s exactly why this audio media app isn’t being released on Google Play. It’s available on GitHub so developers can grab the source code and adapt their own app accordingly.

The Universal Music Player is very bare-bones, though it is functional. Again, the most important part here is not just that it supports multiple devices and form factors, but that it does so using a single codebase.

The sample uses a number of new Android 5.0 Lollipop features, like MediaStyle notifications, MediaSession, and MediaBrowserService, that make it easier to implement media browsing and playback on multiple devices with a single app version. As Google explains, “It is now possible to bring the benefits of your app to your users wherever they happen to be, no matter what device they have near them.” This is a mantra that Microsoft is looking to push as well (especially with Windows 10), across PCs, tablets, smartphones, and even Xbox One. Yet both companies are still in the very early days of this strategy.

That’s because many still believe that each app should be built from the ground up for each device type. Google and Microsoft still want developers to customize for each platform, but the argument is that it is easier to do so if a lot of the code is reused across devices. 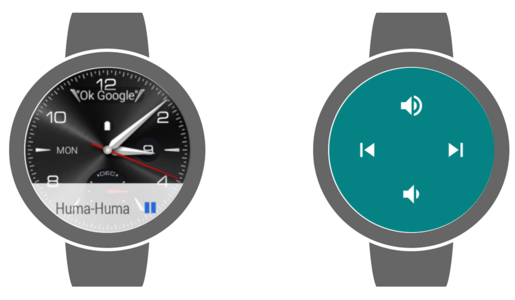 If they succeed, and developers can spend less time developing for more platforms, we can all expect even more apps. At the end of the day, that’s exactly what Google and Microsoft want, on their own respective platforms.