Google is still figuring out what exactly it wants to show off onstage next week at I/O 2019, and that means some news is being pushed out early. In addition to adding Tiles to Wear OS, the company today announced that developers can start building apps for Android Automotive OS.

In March 2017, Google introduced Android Automotive OS, an Android operating system tailored to run in the car. It should not be confused with Android Auto, Google’s mobile app that mirrors features from your Android device to your car’s in-dash entertainment head unit. In short, because cars are getting more technology and becoming more connected, Android Auto doesn’t cut it anymore and so Google built Android Automotive OS.

In February, Polestar, Volvo’s brand for electric performance cars, unveiled the Polestar 2, the first car with built-in Android Auto. The Polestar 2 (pictured above) arrives in 2020, so Google needs to get developers on board sooner rather than later.

Google is starting with support for third-party media apps — music, podcasts, and other content you might want to listen to while driving. The company says media app developers “will be able to start creating new entertainment experiences for Android Automotive OS” next week at I/O. 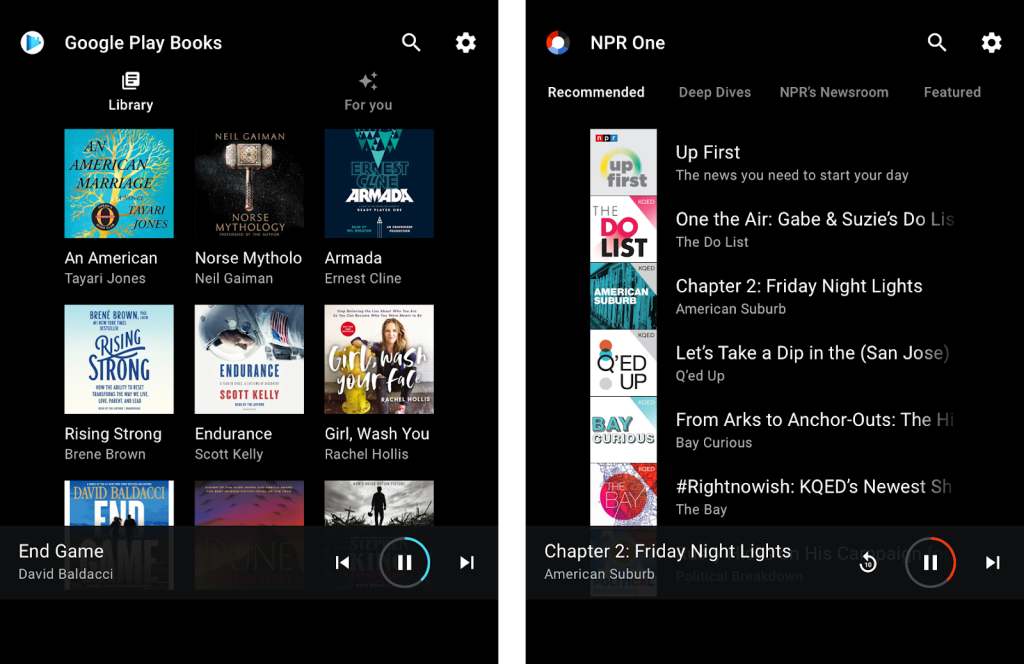 Media apps are just the first type the company is soliciting. Google also hints at plans to let developers build apps for navigation (mapping solutions), communication (calls, messages), “and beyond.” Android Automotive OS apps will be available via the Google Play Store.

To make this possible, Google says it is building on the existing Android Auto framework. The company already put a lot of work into supporting a variety of screen sizes, input methods, OEM customizations, and regional driver safety guidelines with Android Auto. That work isn’t being lost with Android Automotive OS — the company wants to make building embedded apps for cars at scale as “easy” as it is building Android apps at scale for the myriad of mobile devices.

If you’re a developer, the Google I/O 2019 Automotive session next week will have more information: How to Build Android Apps for Cars. It will walk through details on how to build your media app using Android Studio with an Android Automotive OS emulator and templates. There will also be office hours and app reviews hosted by the Android Automotive team at I/O 2019, plus an Automotive OS codelab.

If you won’t be at I/O 2019, there is now an automotive-developers Google Groups community for developers to discuss Android Automotive OS. Additionally, Google has set up an android-automotive tag on StackOverflow.