Google Play is the company’s biggest launch since Google+, and it’s built on some of the same principles.

First, here’s what Google Play is: It’s a web-based system for buying and consuming content, from e-books to music to movies to apps to games — basically anything you’d want to run on a mobile device or in a browser. It replaces the Android Market for purchasing apps, books, and music. It also supplants the storage and playback features of Google Music and other Google content products, and extends them with new features and an enhanced, unified user interface.

Play lets you sync files from device to device; you can buy content once and use it anywhere your Google account lets you sign in. It’s an online store, but it’s also a cloud-based storage system. And it looks like it’s going to be very easy and very fun to use.

Google Play will let you store up to 20,000 songs in a web-based account you can access from anywhere, free of charge. In addition to storage, you’ll be able to buy new music from a library of millions of tracks. You’ll have access to the nearly half a million games and apps for the Android mobile OS, as well as a large e-books selection and movies to rent.

In a blog post this morning, the company stated, “Entertainment is supposed to be fun. But in reality, getting everything to work can be the exact opposite — moving files between your computers, endless syncing across your devices, and wires, lots of wires. Today we’re eliminating all that hassle with Google Play, a digital entertainment destination where you can find, enjoy and share your favorite music, movies, books and apps on the web and on your Android phone or tablet.”

This is Google’s approach to entertainment. It’s intended to “just work” and to require minimal storage on the consumer’s part. It’s also intended to be a one-stop shop for all entertainment content. For now, video is limited to movie rentals. As Google hammers out a better relationship with film and movie content creators, we might expect to see purchasing options and TV shows in the future.

And there’s no better way to plug a new launch than offering you, dear consumers, a massive load of deep discounts on the media and apps you love most. To kick off the Google Play launch, the company is cherry-picking movies, apps, games, music, and books to be sold at a fraction of their original price for the next seven days. Some of the content will go for as little as 25 cents.

Like Google+, Google Play is all about bringing many disparate elements under one big, happy umbrella. Google currently has an marketplace for apps, a standalone music storage and playback app, an e-bookstore, and a few other properties for getting you to buy media and app content. But the company can do a lot more (and offer you, the consumer) a lot more if they can bring all those capabilities into a single mega-app like Google Play.

Plus, the app adds cross-device syncing, a feature we have loved in Google Music and that has been long overdue for content like films.

One conspicuously absent aspect was any mention of Google TV, which might stand to benefit most from a little simplification and unification. We’ll keep our ear to the ground, but a Google spokesperson confirmed that the company isn’t making any Google TV-related announcements today.

However, you can expect to see some Google+ integrations with Google Play in the weeks and months to come. This fact was confirmed by Google and by our good friend and longtime source Captain Obvious.

If Google Play is easy enough for average people to use (and if it’s fun enough to offset the inevitable change-related consumer angst), we think the company just might have a huge success on their hands.

Time will tell. In the meantime, here are some fancy screenshots: 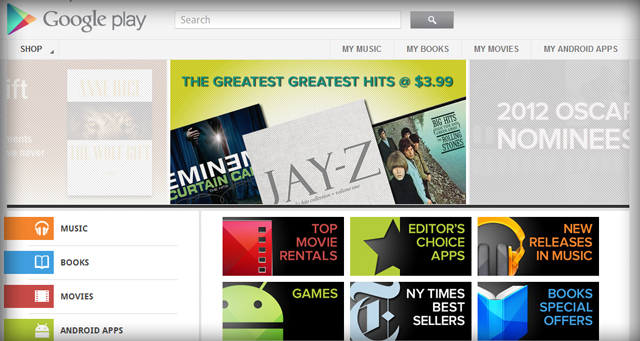 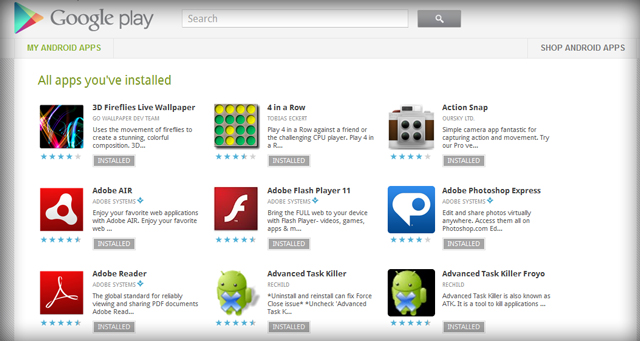 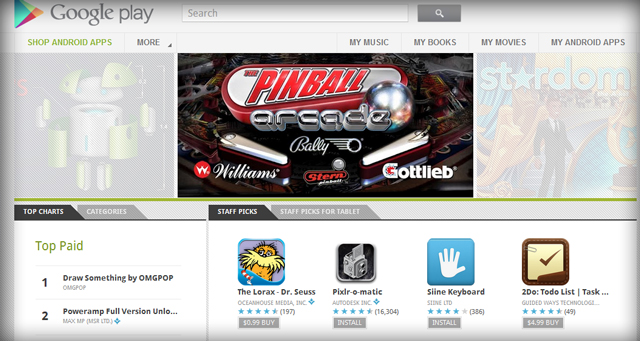