The move is part of GoPro’s efforts to expand enthusiasm for its cameras and its community of avid users. Nick Woodman, founder and chief executive of GoPro, said in a speech in San Francisco that the program has been quietly been set up over the past year.

The GoPro Developer Program will offer a seamless user experience between third-party products and GoPro products.

“This is our chance to celebrate and support third-party developers who are leveraging GoPro,” Woodman said.

It is scaling GoPro’s ecosystem in a very important way, he said.

“Over the last few years we’ve been excited by the creativity and enthusiasm other brands have demonstrated when integrating GoPro into their own solutions,” said Woodman. “The GoPro Developer Program is a way for us to celebrate the innovative work of our developer community and, more importantly, help enable what comes next. We’re grateful to benefit from the collective genius of the participating developers, and we’re excited to now officially support their efforts with our developer toolkits.” 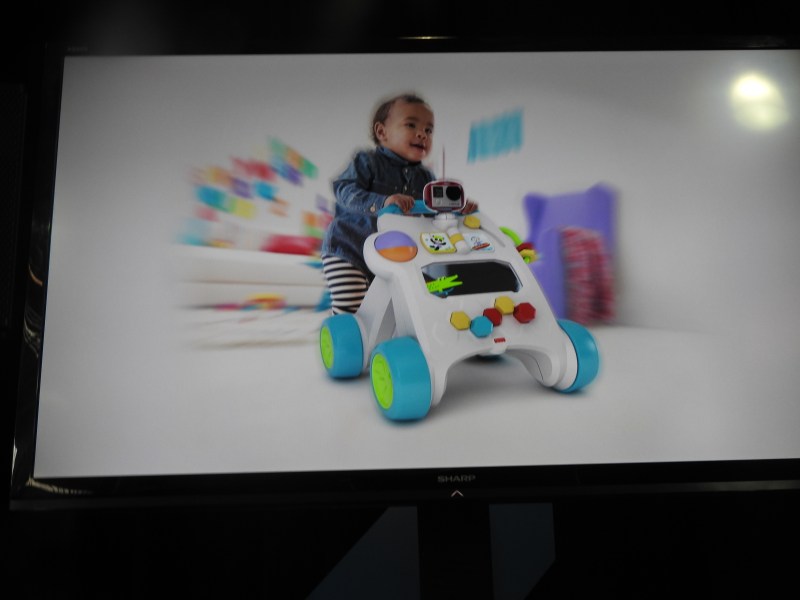 Above: Fisher-Price has built baby-proof camera mounts for GoPro devices.

Since the launch of GoPro Hero in 2009, the company has thought of it as a “capture module,” Woodman said. “If you can think it, you can capture it with a GoPro.”

The GoPro Developer Program toolkits enable developers to create seamless user experiences in a few ways: It lets developers create mobile apps that connect with GoPro cameras, allowing them to control cameras, preview live video, and manage media. It also enables developers to create devices that connect either physically to a GoPro camera via the HeroBus, or wirelessly via Bluetooth technology or Wi-Fi. And it lets them create new mounts and housings for GoPro devices.

Adam Silver, head of the developer program, said people already use their GoPros with many other products. The dev program will provide toolkits to enable those products to connect to GoPro more easily.

“We provide these toolkits to these companies so they can integrate their products to our products,” he said.

At the launch event, 34 of the participating companies showed their products. They included the BMW M-Laptimer App, which tracks data and analyzes it for enthusiast drivers. It records car telemetry data, speed, location, and video from GoPro cameras to provide feedback. 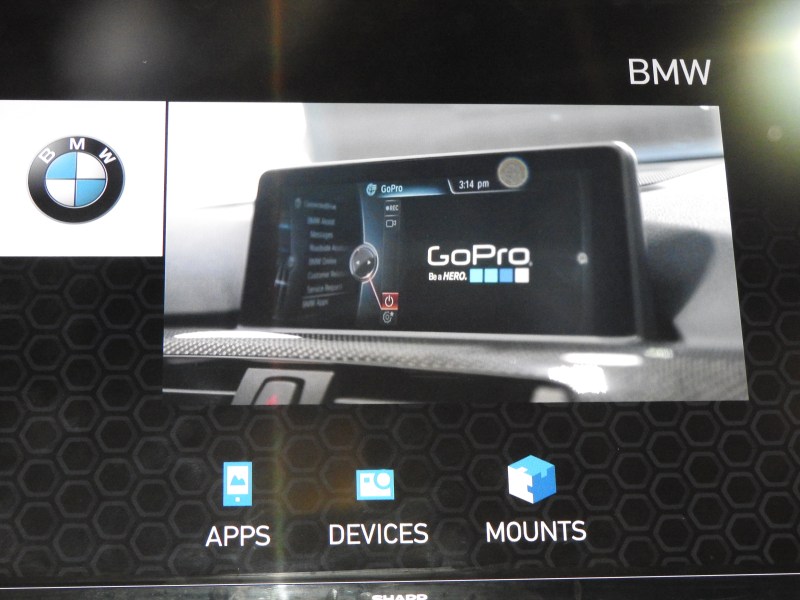 Above: BMW has integrated GoPro into its cars.

Fisher-Price, the maker of toys for young kids, also showed a child-friendly camera housing and mounts for a suite of new products, including Fisher-Price Jumperoo, Walker, and Gym products. Parents can easily access and use the devices, but it’s secure enough so babies can’t mess with the camera.

Periscope has already integrated GoPro’s toolkit into its livestreaming app for mobile devices.

And Timecode Systems showed the SyncBac Pro, which synchronizes GoPro cameras for seamless integration into professional television and film workflows.

“We have been able to achieve so much with the SyncBac Pro due to the amazing sharing of technology offered through the GoPro Developer Program,” said Paul Scurrell, CEO of Timecode Systems. “To me, this is exactly what best-of-breed technology companies should be doing — taking the best of their own offerings and combining them to drive innovation and elegant solutions.”

The GoPro Developer Program is launching with a companion program called Works with GoPro, a product verification and brand association program for companies who make products that, uh, work with GoPro products.