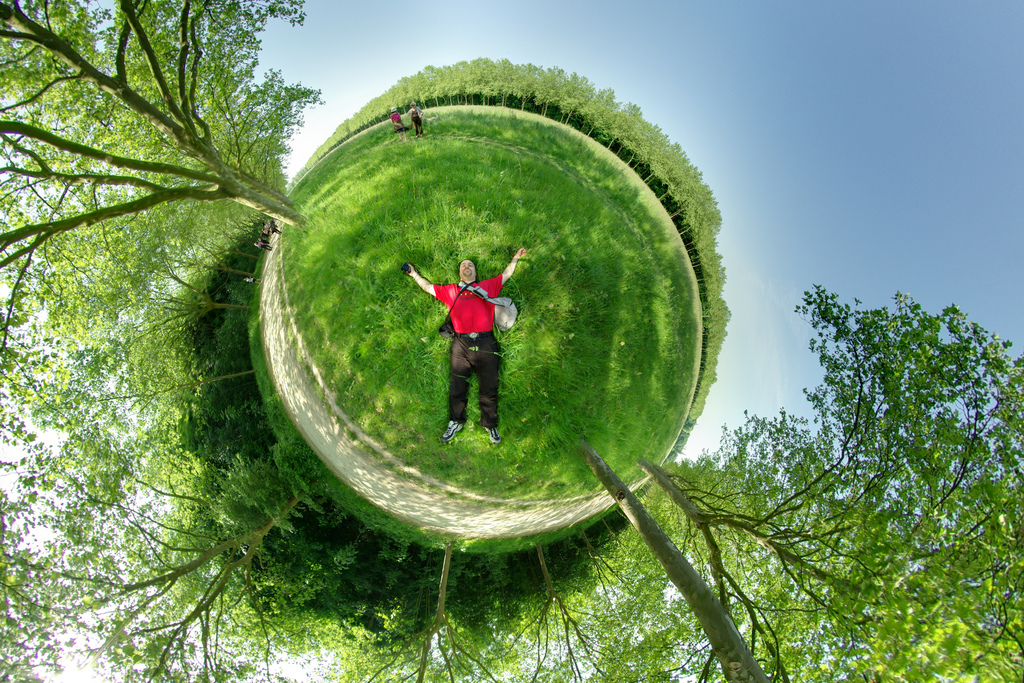 When I told VentureBeat I wanted to write a piece about the rise of green gamification — the use of games to make sustainability fun and rewarding — they were skeptical. They’ve seen a lot of green-themed apps hit the market, but many are poorly designed and largely ignored attempts by brands to “greenwash” their image.

But amid these half-baked products, there’s actually some real, solid progress at the intersection of two of today’s most disruptive business forces: gamification and sustainability. And for those of us eager to see the masses go green – whether to save the planet, or just save money – it’s good news. 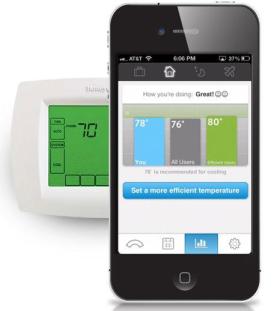 The growth of green gamification is being accelerated by forces ranging from the government’s Green Button promotion of energy-use data to the digital generation’s strong desire for smartphone apps that allow them to manage resource consumption.

Much as Nike+ Fuelband is turning exercise from a chore into a cool activity, a suite of green web and mobile apps are transforming the way people approach environmental stewardship. From startups such as Leafully to corporate alliances that increase energy efficiency, gamification is emerging as a powerful weapon to advance sustainability.

Whether working out or conserving water, actions become rewarding when they are measureable, engaging, and shared.

Not only are people driven to gain status and recognition by social sharing, but also there is positive peer pressure to avoid being a laggard. Do you want to be the house on the block with the worst recycling rate?

The Zynga of green gamification is Opower, a software player that processes big household energy data into a gamified interface that helps people reduce their power consumption and utility bills. The company partners with utilities to analyze data in over 50 million homes, and it closed out 2012 by saving users an estimated 2 terawatt hours of energy, or $200 million.

Greenbean Recycle is a Boston-based startup changing the attitude and behaviors about recycling on the campuses of some of the nation’s best colleges, including MIT, Harvard, and Tufts. [Disclosure: I’m an unpaid member of the company’s advisory board.] Greenbean’s game mechanics, such as intercollegiate challenges and recycling lotteries, have resulted in up to a 40 percent increase of the recycling rate. 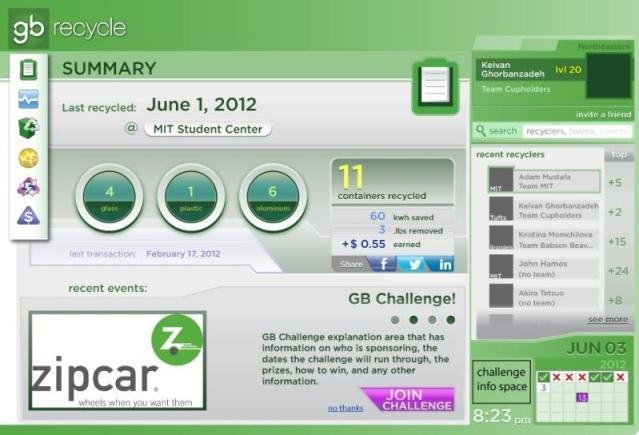 Moreover, Greenbean is cracking the code of one of recycling’s main hurdles: how to get people to recycle non-deposit bottles that don’t pay a redemption value. By posting leaderboards and rewarding the top recyclers, Greenbean’s collection is 30% non-deposit materials that would normally be destined for overcrowded landfills.

Other new green gaming companies that have raised millions of dollars in venture funding include My Energy and Practically Green, both of which use the social web to calculate environmental footprint metrics and reward users for their performance.

Even historically static sectors, such as academia, nonprofit, and small business, are embracing innovation through green gamification. Ocean explorer and activist Philippe Cousteau, in conjunction with Dr. Jeffrey Plank at the University of Virginia, have developed a massively multiplayer online game to simulate the impacts of human activity on the health of the Chesapeake Bay (the largest estuary in the U.S.). Players of the UVA Bay Game take on the role of key stakeholders – ranging from fisherman to regulators – to learn systems-thinking and collaboration. 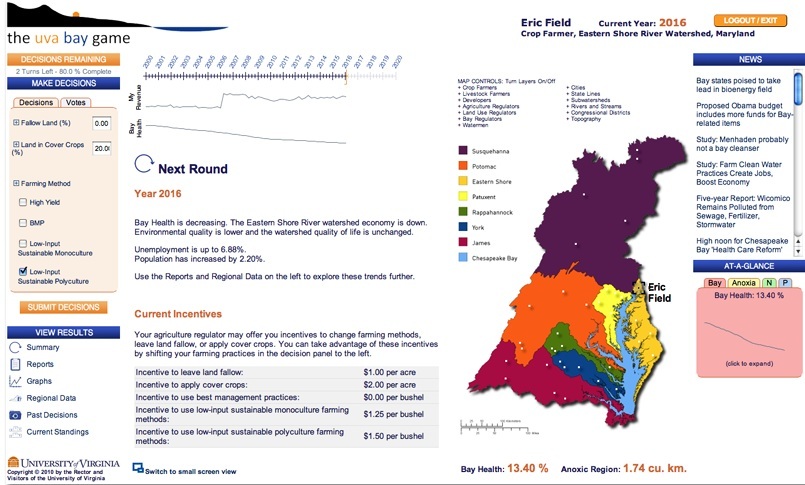 Philippe, Dr. Plank and I spoke on a 2012 SXSW panel with Intel’s Carrie Freeman, who asserted that corporations can leverage the UVA Bay Game model to solve business challenges such as balancing company vs. community water needs. The UVA Bay Game developers recently announced a partnership with The Nature Conservancy to launch a new version of the simulation focused on a major Texas watershed.

While small business owners are often pressed for time and money, thousands across the country have joined the Green Business Bureau (GBB), which offers a gamified online sustainability tool that helps assess, manage, and report on a library of 400+ green initiatives. [Disclosure: The GBB is a client of my company.] One GBB member, NewMarket International, shaved $60,000 off its annual budget by following the adaptive survey’s recommendations and reducing packaging waste, among other green achievements.

Gamification is still in its formative years, evolving to exhibit more purpose and tangible impact. As the sustainability movement also matures, stakeholders are realizing the potential of green gamification. In order to propel green into the mainstream, we need to make it enjoyable, accessible, and rewarding.

The main reason people play green games is that they are fun. A more sustainable world is the convenient — and welcome — by-product.

Ashok Kamal is cofounder and CEO of green social media marketing company Bennu. He has worked extensively with Fortune 500 clients and startups to develop game-based campaigns that promote sustainability while creating enterprise value. He is a frequent public speaker at events such as the White House’s GreenGov Symposium, South by Southwest, Gamification Summit, and Sustainable Brands. In February 2013 he will be presenting a workshop with Gabe Zichermann on “Green Gamification by Design” at the GreenBiz Forum in NYC.