People have been trying to come up with a legal way to share music since the heydays of Kazaa and Napster. Record labels weren’t ready to relinquish control, though, and arguably, consumers weren’t ready to pay.

Grooveshark, a file sharing community that allows users to freely buy and sell tracks from each other, hopes that the timing is right to win the labels over.

Grooveshark is two things: A website and a small, downloadable application called Sharkbyte. The website is the front-end, where users browse through music held on others’ computers. Listening to full streaming tracks is free, while buying a DRM-free mp3 version of a song is 99 cents.

The application is where the peer-to-peer magic occurs. Built with Java, so that it can run on Windows, Mac or Linux, the application scans through any folder the user directs it to and compiles a list of music, which is then listed on the main Grooveshark site for others to find.

Later, when another user chooses to purchase a song that is on, for example, my own list, the music will be sent over from my computer. Of the 99 cent charge, 70 cents goes to the record label, 25 cents to me as a credit toward future music purchases, and the remaining 4 cents to Grooveshark. (Later, the 29 cents left after the music label cut will be split 50/50 between the user and Grooveshark.)

No reference is made in a user’s music catalog to where a track originally came from. If it was downloaded illegally, no harm and no foul, says Grooveshark — just share it with others, and the track can start making money for the label again. Of course, Grooveshark’s business plan requires assent from the labels, and so far, they’ve only convinced small ones to sign up (there’s a list here).

This is the point where the bet Grooveshark is making becomes apparent. Although users are only supposed to share songs by artists from the small records on the company’s list, that’s an unrealistic expectation at best, as there’s no way to automatically filter content. So, of course, songs by popular artists from the big labels are for sale all over the website. The company has said it’s holding all sales money from such songs in escrow, until the labels begin to accept it or ask for their artists to be removed.

That may leave the company in a precarious legal position, though. While big labels like Universal and the RIAA seem content to wait and see what happens with Grooveshark’s sales model, they likely have solid grounds for trying to have Grooveshark shut down whenever the fancy strikes them, and even going after the users (though we’re not sure the bad publicity would be worth it for them, since Grooveshark is at least trying to pay the labels).

Still, Grooveshark is one of the best-looking attempts at creating a legal music sharing system that we’ve yet seen.

Grooveshark is located in Gainesville, Florida. It has so far taken just under $1 million in seed funding, and has about 40 employees (it’s keeping its costs low by drawing from students at the University of Florida, where the founders are from). It hopes to close a venture funding round in three to four months. 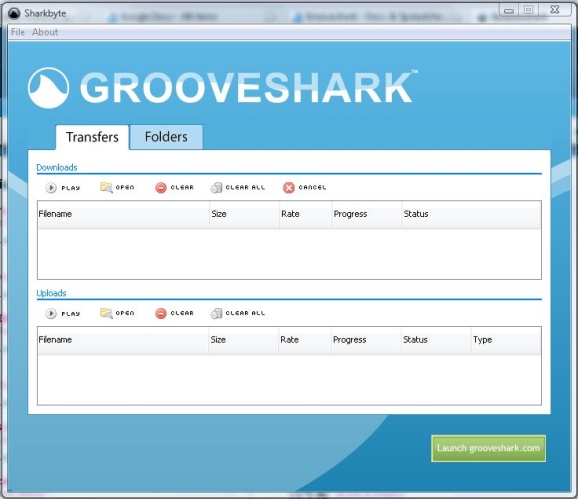