I couldn’t help but roll my eyes when I read that Twitter’s first hardware investment was a Beats competitor called Muzik.

“Fantastic,” I thought. “Mankind has been patiently awaiting headphones that can tweet.”

It seemed wrongheaded. It seemed like a cash grab that came too late. It seemed like another swing-and-a-miss from Twitter, which has made several past attempts in the music realm without much success. This one, I was pretty sure, was another dud.

But I was wrong.

Muzik first showed off a version of the headphones in 2013. After a few years of sporadic development, Muzik raised $18 million from several investors including Twitter. I met with Muzik founder and CEO Jason Hardi in a penthouse suite 60 floors above the 2016 CES conference happening in Las Vegas this week. Then I spent the day wandering the conference with the headphones and companion app, ahead of its Wednesday unveiling at Twitter’s booth.

The headphones, known as the Convertible, are made to compete with Beats. But Beats offers a mutant, bass-distorted signal and a garbage build quality. In a pair of Beats headphones, 30 percent of the weight comes from four metal parts that only exist to add weight. Beats feel weighty and solid, but it’s a sham. They sound thunderous, but it’s nowhere near the original audio signal. 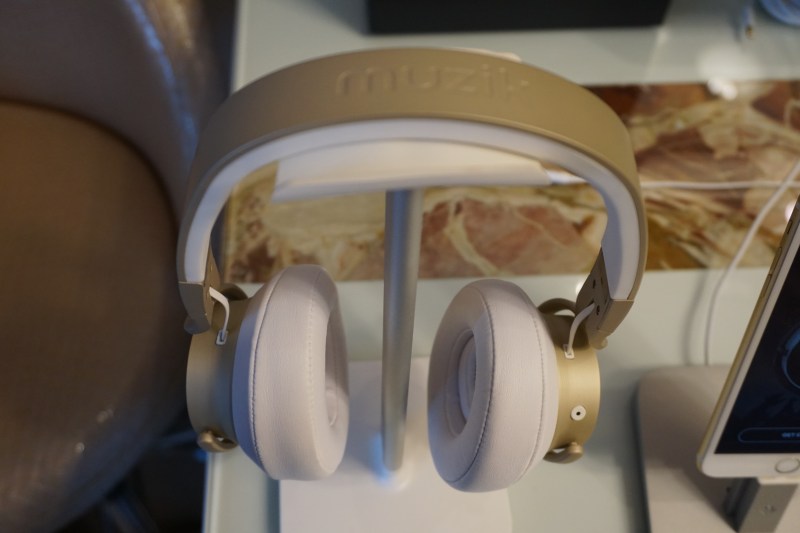 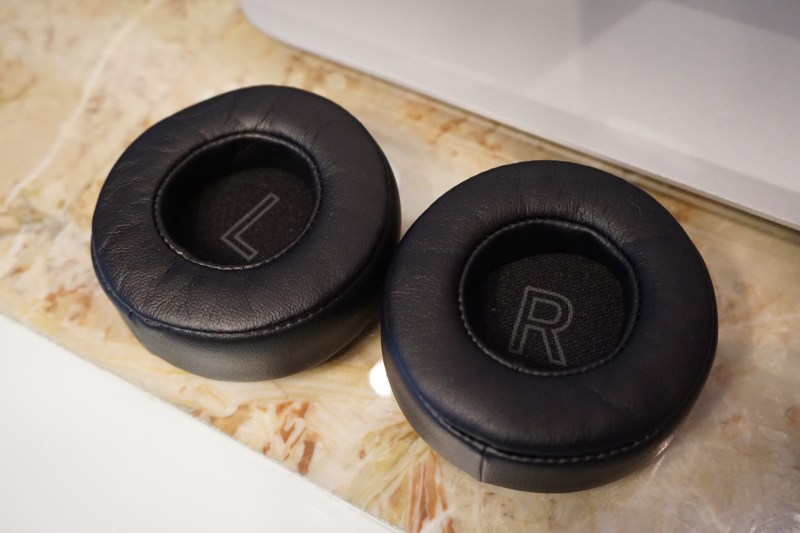 Muzik, on the other hand, gets it right — the over-ear cups are perfectly cushioned, and you can easily swap for the on-ear with a quick magnetic click. The 40mm drivers gush with a balanced, panoramic soundstage. The aluminum feels robust, and the headband rests on the crown of your head without causing fatigue. You can see precision screws where Beats skimped with plastic snaps and glue. 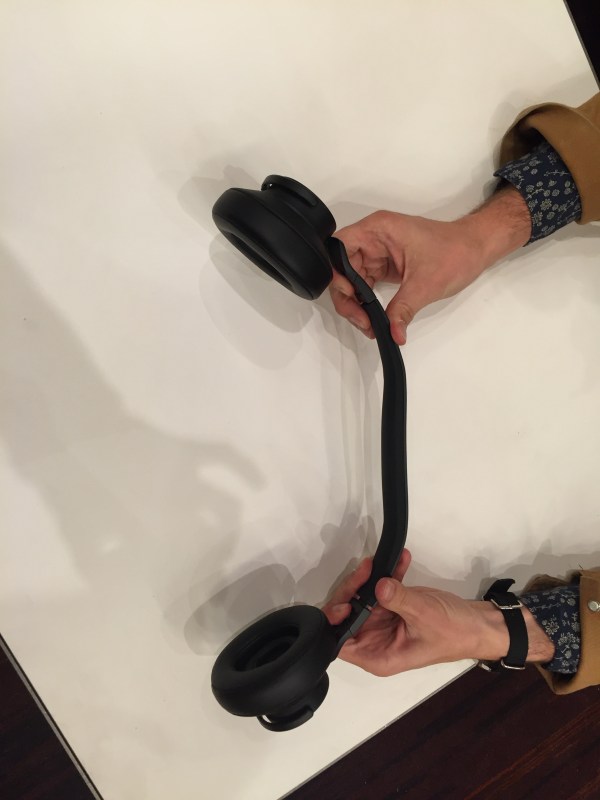 Above: Try this with Beats’ injection-molded plastic. Actually, don’t. 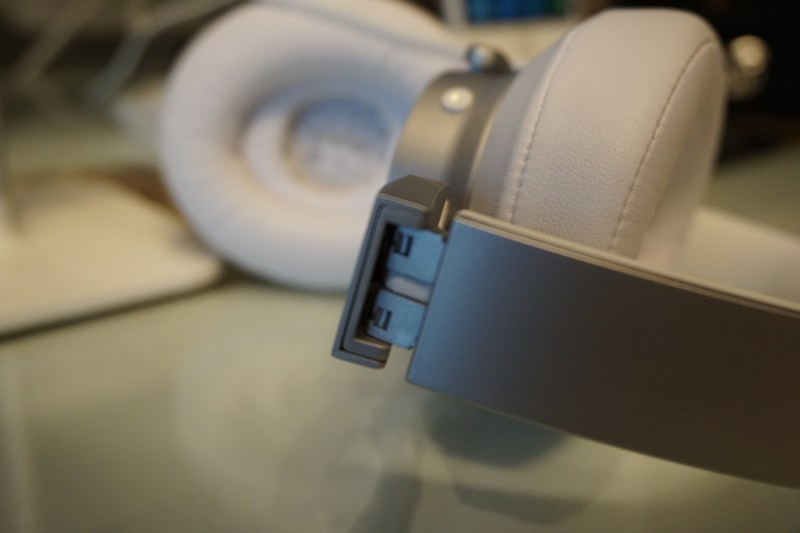 “Historically speaking, most headphones come in a nice black box and that’s it. Your iPhone and my iPhone are the same, but we use them in completely different ways. We make them ours,” Hardi said.

Hardi references the iPhone because, thanks to free iOS updates, a phone can add features and functionality without changing the internal hardware. He has a long list of features he wants to roll out via firmware updates.

For now, the Muzik app is fairly straightforward. Right out of the box, you pair the headphones to your device via Bluetooth. It hiccupped a few times for me, but nothing beyond the typical Bluetooth bumpiness. You can skip songs or change volume by gesturing with your finger. Hold your palm over the right ear to pause. 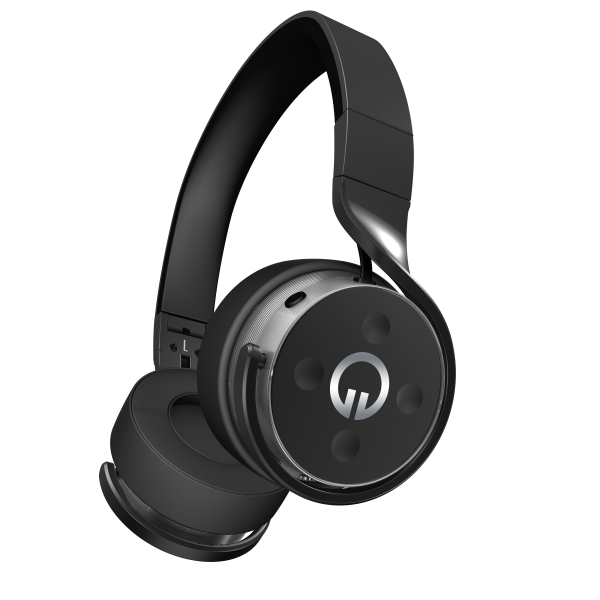 From there, you can assign actions to each of the 4 dimpled hot keys. The headphones can speed dial, read the date and time and – yes – share to Twitter and Facebook. 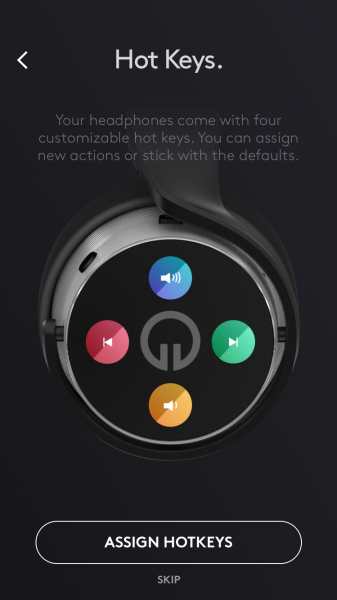 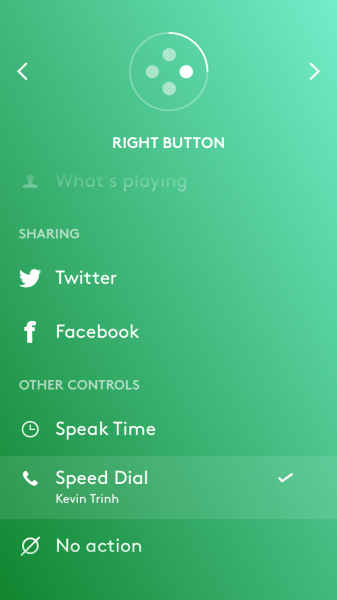 The current version of the app pretty much ends there. But Hardi showed me what he’s got in store for Muzik’s platform. Among his plans is a thing called Moments (hello, Twitter): shareable snapshots that capture the instant you were listening to a song – a photograph paired with the time, location, and even the weather. Let’s say you’re in Times Square really digging the Rolling Stones’ catalog on a sunny day. With a simple gesture, you’ve got something shareable to Facebook, Twitter and, eventually, many others. 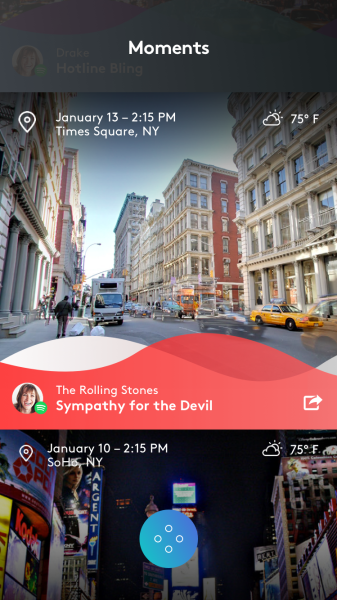 This would normally be one of those features that nobody ever uses. Who wants another app that feeds into yet another social media platform? Hardi is hoping that this gesture-based function is the solution. Once the headphones are set up in-app, your gestures allow you to post straight to Facebook, Twitter, or whatever you please.

“Set it and forget it,” Hardi said, recalling the late, great Ron Popeil.

The Convertible will cost $299 and is expected to ship in May. Hardi said Muzik will have an in-ear model, called the Sport, available later this year for $199. While considerably smaller, the Sport earbuds will feature similar gesture functionality and Twitter/social integrations. This model also integrates with HealthKit, automatically detecting heart rate and oxygen consumption. 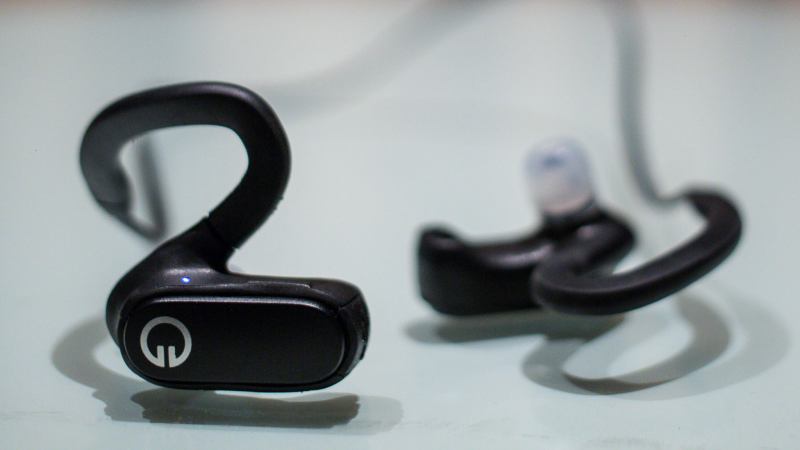 Whether the software behind these hyper-connected devices attains Hardi’s lofty vision remains to be seen. It almost doesn’t matter, because the hardware alone is strong enough. Muzik has developed a pair of headphones that could (and should) dispel the marketing smoke-and-mirrors of Beats.