Today, the university and its partners revealed the first glimpse of Cornell Tech, the campus to come. During a press briefing, Cornell Tech’s senior director of capital projects, Andrew Winters, gave an overview of the campus and what still needs to be done before it opens in summer 2017. 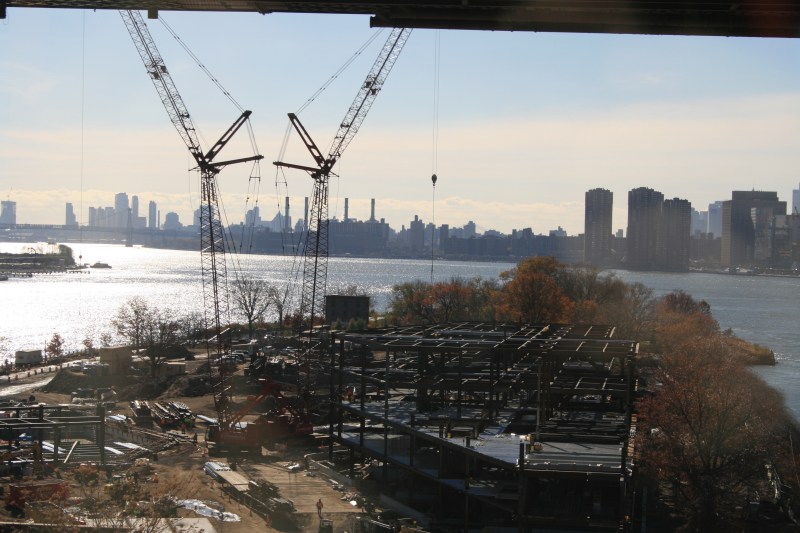 In total the campus, which is roughly half a mile long, will be home to ten buildings, including academic buildings, two residencies, a hotel, a central utility plant, and mixed-use buildings that will include coworking spaces and studios. The stated purpose of the new tech campus is to integrate New York’s budding tech talent with major companies and tech innovators in an effort to bring the city’s tech scene to a rolling boil. So far, three buildings are in progress: the Bloomberg Center, the Bridge Building, and an unnamed residential building. The plot is being developed 8 or 9 feet above the island’s existing roadway to protect the campus against flooding. 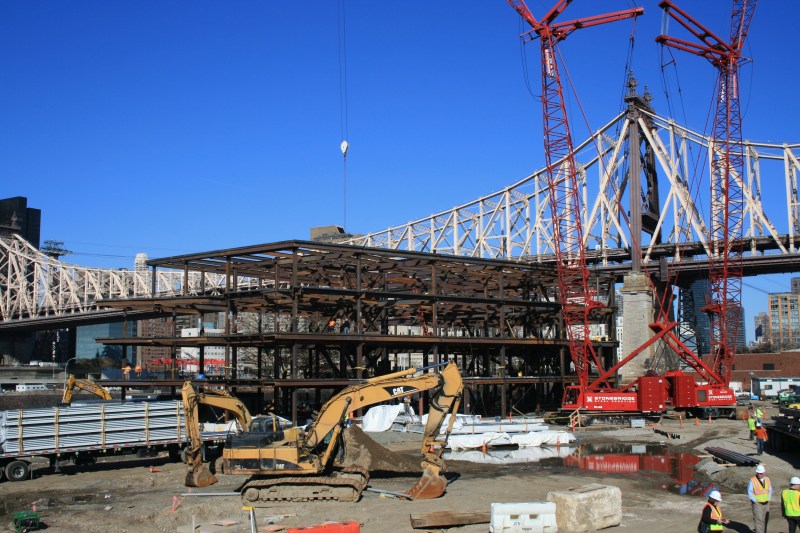 “One of the key elements is an open-ended invite to the public,” said Winters. In addition to providing a educational institution that grows New York’s tech talent at the university level, the new tech campus is also geared towards training younger students as well as people interested in making a career change. Winters said that in addition to the Cornell Tech’s graduate program, the campus will also host discussions and classes for people not enrolled at Cornell. 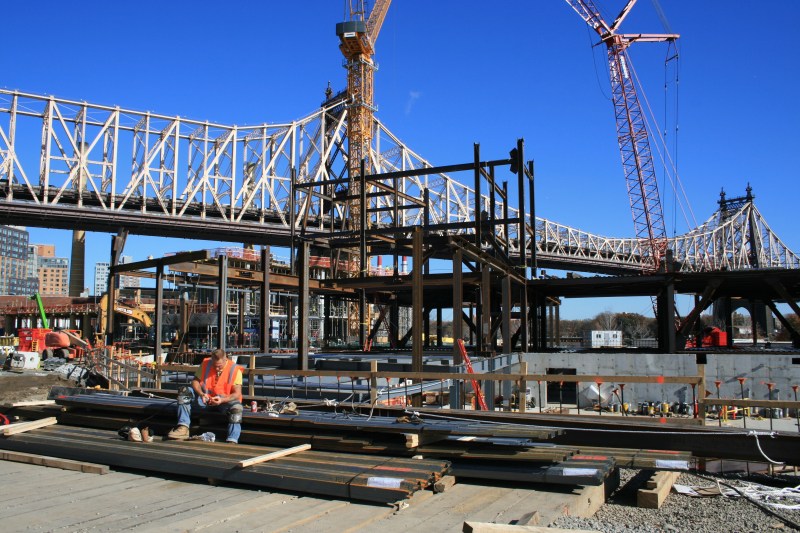 Above: The Bridge Building is a mixed-use building that will be available to major companies, startups, and educational programs.

“If the mission of Cornell Tech is to bring together academia and industry to spur innovation and the commercialization of new products and technologies, then The Bridge is really the physical manifestation of that mission,” said Kate Bicknell, senior vice president at Forest City Ratner Companies.

The Bridge will be Cornell Tech’s pièce de résistance in many ways. The mixed-use building will foster major tech companies, startups, labs, incubators, and coworking spaces. Cornell envisions this space as its Bell Labs — a place where unlikely innovators will cross paths.

The building will be 230,000 square feet and will be designed by Weiss/Manfredi, an architectural firm known for incorporating outdoor landscape into its designs. Cornell will occupy a third of the building, and the rest will be reserved for tech companies of various sizes and stages. Bicknell said the cost of doing business in the Bridge will largely depend on the type of space being rented and how much funding, if any, the inquiring company has. 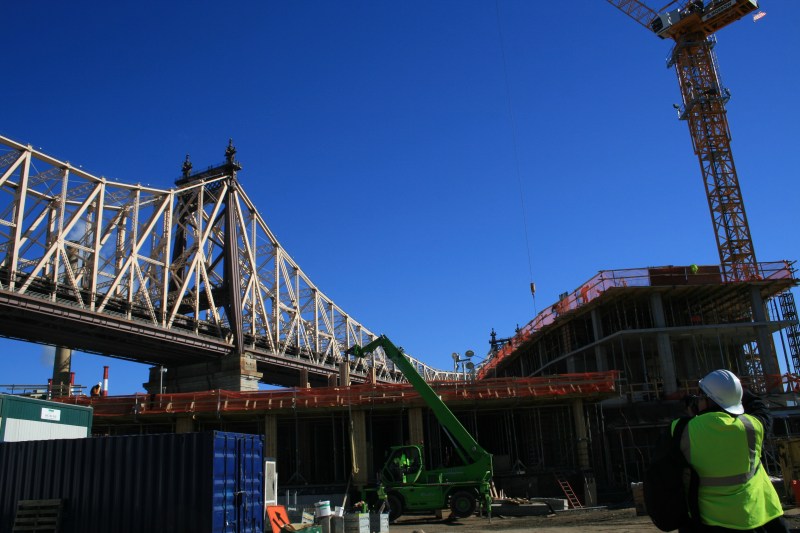 Above: The first residential building on the Tech campus will be 26 stories tall.

The residential building will be 26 stories tall and will house 500 students and faculty. When it’s finished, it will be the biggest Passive House in the world. For the uninitiated, Passive House is an exhaustive standard for energy efficiency used internationally. Energy efficiency is a big priority for the new tech campus. Not only will this residence be highly energy efficient, but the campus as a whole has green goals. For instance, The Bloomberg Center is aiming to for net zero energy use. 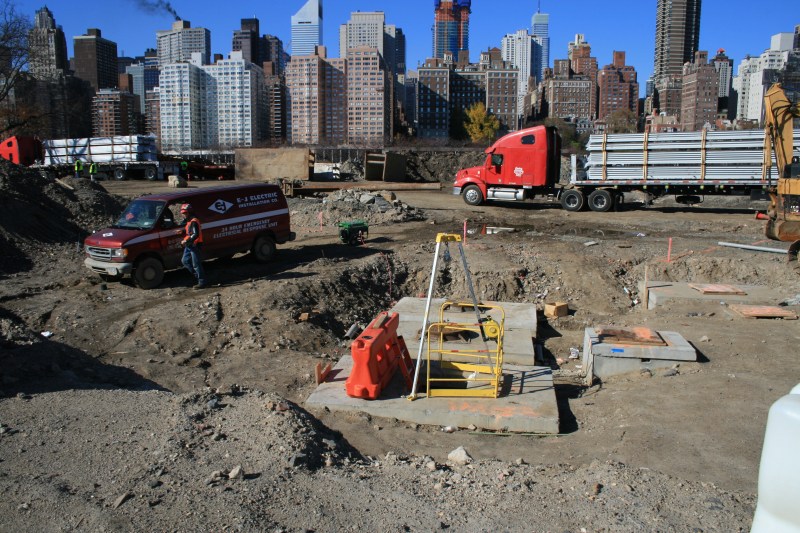 Cornell plans to adorn buildings with solar panels and use a network of geothermal pipes to heat and cool buildings.

While the campus is coming together, Cornell’s Tech campus has been operating out of a few Google-owned spaces in Chelsea. Roughly 140 to 150 students are currently enrolled in the program. By 2017, the campus hopes to have 300 students in its program when phase one of construction will be completed.

By the time the Roosevelt Island campus has completed all stages of construction, Winters expects the Cornell tech program to have 2,500 students. When asked what the university is doing to keep students in the New York area, he said much of the effort is centered around attracting the right talent. 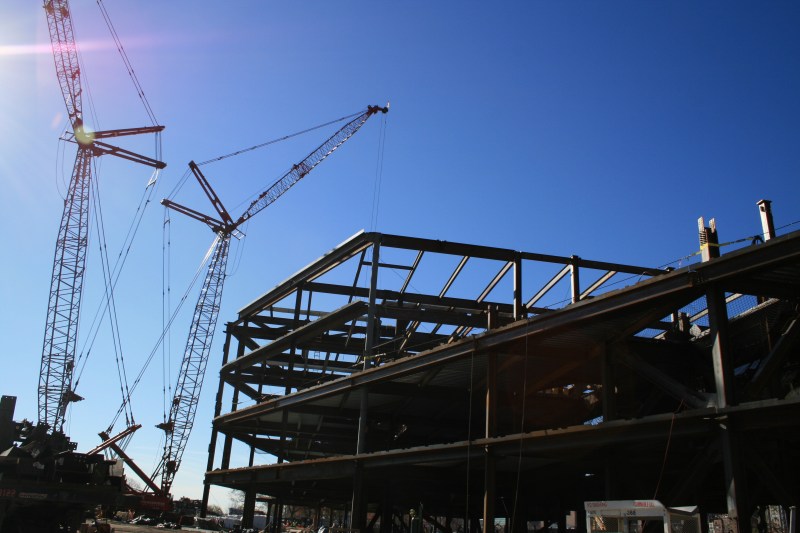 “A lot of times things will coalesce around one or two or three professors who are doing a certain kind of research. People want to be involved with that. They attract graduate students, they attract master students, and suddenly you have 20, 30, or 40 people who are working on something that nobody one else is working on and that becomes the attractor,” said Winters.

He also noted that New York provides recent grads with a wider variety of opportunities than Silicon Valley can. New York isn’t uniquely focused on the tech industry. Financial companies, fashion labels, legal firms, and a whole slew of industries call New York home. That diversity may be attractive to a lot of people.

And as Winters wisely noted, “Every company uses technology.” The tech campus revolves around a core set of skills: coding and entrepreneurship. As more and more companies and industries are developing mobile apps and other digital properties, those skills will become even more relevant. Cornell is keen to deeply embed its students with every company that wants to be innovating.

*Update: The Bloomberg Center not the Bridge is aiming for net zero energy use.