More than 250,000 people across the country are expected to attend the Women’s March on Washington the day after President-elect Donald Trump’s inauguration. That means hundreds of thousands of people have had to figure out how to get to and from the event.

Adam Nestler sees that logistical conundrum as a giant business opportunity: On Saturday, his ride-sharing charter bus company, Skedaddle, will transport 11,000 people to and from Washington, D.C.

Skedaddle CEO Nestler says people from states such as New York, Iowa, and Georgia are using his app to book rides to the march. “The alternative for many of the people in these communities is trying to figure out carpools or chartering buses on their own,” he says.

Skedaddle is essentially the Uber Pool of buses, shuttles, and other large vehicles. Its goal is to make city-to-city travel easier for users and take advantage of the glut of charter vehicles that sit underused in parking lots most of the time, says Nestler.

To book a ride, a user logs into the Skedaddle app and puts in his route (i.e., New York City to D.C.) as well as his desired pickup location and time. As long as nine other people sign up for the same route at least 48 hours ahead of the departure, the ride is booked. The company uses data to match the customer to the nearest bus company, using variables like the size of the route and the proximity to a transportation provider. A professional driver from one of Skedaddle’s 500-plus vetted transportation companies picks up the riders from a single location and gets them to their destination.

Though Nestler wouldn’t disclose the total number of users, he says Skedaddle transports roughly 50,000 people each month. The company also has $3 million in venture capital. 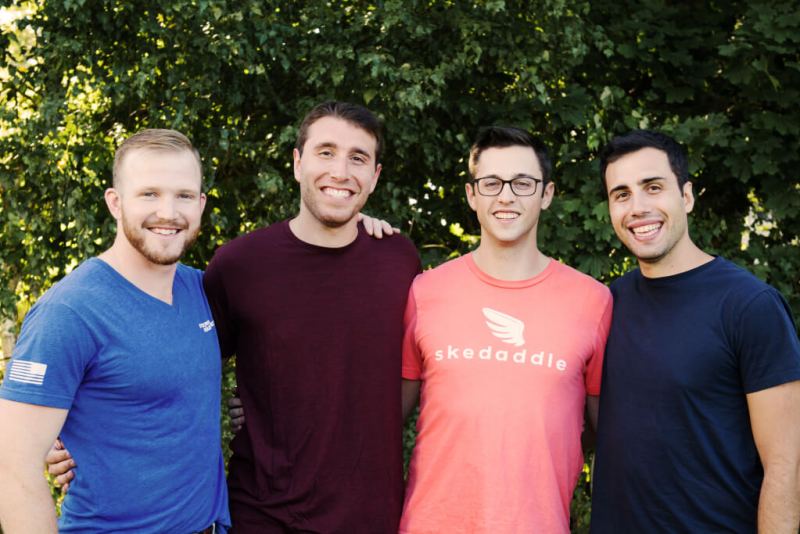 When Nestler and his three cofounders found out that hundreds of thousands of people will all be traveling to the same destination for one event, they jumped on the opportunity. The team got in touch with transportation coordinators for the Women’s March across America.

Connecticut’s transportation coordinator Sarah Raskin was one of those people. Raskin, a professor at Trinity College, was in the process of calling various charter bus companies when Skedaddle and rival bus-sharing company, Rally, reached out to her. She chose to work exclusively with Skedaddle because of its “superior customer service,” saying that she receives numerous emails per day from Nestler answering questions and giving updates on the setup of the routes.

“We are all volunteers who have full-time jobs,” Raskin says. “To even imagine us having to find 80 charter buses, I’m not sure we could’ve done it at our scale in Connecticut. If it had been up to us, we would’ve had half the number of buses.”

This weekend boost is great news for Skedaddle, making the average fare shoot up from $40 to $100. It’s important, however, to note that the 19-person team reached out to state march organizers, who created the routes, rather than relying on its own customer base to create routes themselves. It’s not a surprising move as the startup aggressively seeks to acquire more and more users. Skedaddle has partnered with organizations, music festivals, and ski resorts to fuel its growth.

Though it’s unclear whether the company is profitable, Nestler has big hopes for his young venture.

For one, he wants to get Skedaddle as close to on-demand as possible by reducing the time needed to book a ride from 48 hours to 24. He has also thought about maximizing the use of space on the buses.

“We have this ability to move people in vehicles that have a lot of space,” he says. “If we can move people on-demand, we can build a network to aggregate demand of goods that need to move from city to city, too.”