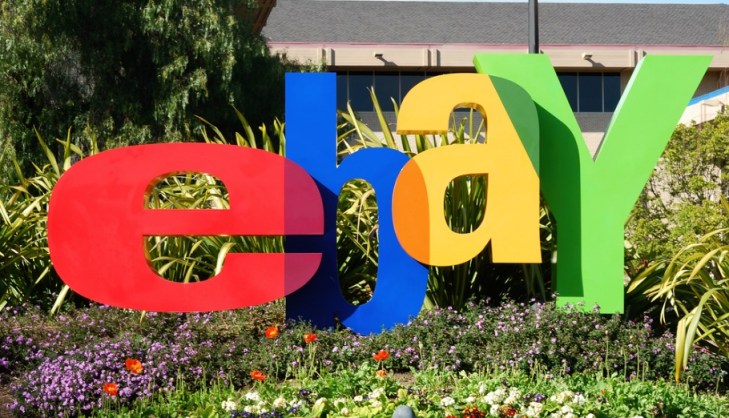 It’s hard to believe that a decade has passed since eBay’s purchase of PayPal for $1.5 billion closed in October 2002. At the time, eBay was the dominant e-commerce player on the web, and PayPal was an upstart payment service that had squeezed out eBay’s in-house payment option.

Now, with over 117 million active users worldwide and $35 billion in payment volume per quarter, PayPal is a major part of eBay’s business and the payment option of choice for many merchants around the globe. It’s a fitting time to reflect on the reasons PayPal sold itself to eBay and what the ramifications of that fateful decision have been.

My PayPal journey began when Peter Thiel recruited me to the company in late-1999, and it continued through the acquisition, at which point I was in charge of the company’s U.S. marketing team. From this vantage point I participated in (and later wrote about in my book, The PayPal Wars) a tumultuous ride as PayPal soared from a few thousand users to over 1 million accounts in less than half a year, while burning through $10 million per month. A merger and multiple CEO changes later, we turned the company around by successfully implementing a freemium model (before it was called freemium), fending off fraud rings, and rapidly scaling our payment offering among the legions of small businesses that depended on eBay as their distribution channel.

Like most mergers, PayPal’s sale was not without controversy. Critics at the time tended to focus either on the price (which included a small premium based on the share prices of both companies) or the market power the acquisition gave eBay over online auctions. More recently, Forbes contributor Eric Jackson (no relation to me) called it “the worst tech decision in the last 10 years.” His argument can essentially be summarized as: PayPal left too much value on the table by selling early.

I had mixed feelings about the acquisition at the time. But unlike my doppelganger at Forbes, I think it’s clear that the sell-out was necessary due to several key factors:

Competitive Landscape: eBay was in talks with Wells Fargo to make their joint venture Billpoint (a credit card processing service) free to all eBay auctioneers. While Billpoint had failed to gain much traction, this subsidy would have undercut PayPal in its core market at a point when the company had not yet broadly diversified outside of auctions. It likely could have been disastrous for a company that had just gone public in February 2002.

Mutual Dependence with eBay: At the time of the sale, 70% of all eBay auctions accepted PayPal payments, and roughly 1 in 4 closed auction listings were transacted using the payment service. PayPal and eBay needed each other, but the relationship had been contentious up till that point due to Billpoint. An acquisition was needed to align incentives.

Regulatory Risk: Few web companies can say they were once banned in Louisiana, but then again PayPal had a unique ability of upsetting regulators. The company had to apply for money transmitter licenses on a state-by-state basis once the FDIC established that it was not a bank. But as that process unfolded, other regulators, such as NY Attorney General Eliot Spitzer, sought to challenge the company’s business practices.

With 20/20 hindsight, it’s easy to speculate that PayPal should have stayed independent longer. Today, PayPal is a diversified business that generated only 33% of its revenue from sales in eBay’s marketplace, and it’s accepted as a payment method with gigantic merchants such as Home Depot and Dell. The company is also on sure legal footing. But a decade ago, over two-thirds of its revenue came from eBay auctions, and there were still lingering questions as to whether some regulatory body would try to shut it down. It was a far more perilous world for PayPal than today. PayPal’s acquisition took most of that risk off the table.

How PayPal Changed the Valley

With the tech industry of 2002 still recovering from the Nasdaq collapse two years earlier, PayPal’s exit was quite respectable for its time. Of course, a $1.5 billion transaction isn’t all that big in the grand scheme of things. And in today’s environment — where Facebook acquired revenue-less Instragram for $750 million — it seems almost modest. But in that regard, PayPal is like Yoda; its impact on the tech industry can’t be judged solely by the size of its exit. Here are three major ways that PayPal has cast a long shadow over Silicon Valley:

1. Churning Out Great Entrepreneurs: First and foremost, a small legion of great entrepreneurs dubbed the “PayPal Mafia” arose from PayPal’s ranks. Companies started by alumni include LinkedIn (Reid Hoffman), YouTube (Chad Hurley, Steve Chen, and Jawed Karim), Yammer (David Sacks), Tesla (Elon Musk), Yelp (Jeremy Stoppelman and Russel Simmons), and SpaceX (Musk again). Peter Thiel funded Facebook, Palantir, Zynga, and a host of other startups. I’ve followed suit with my own company, CapLinked, a business transaction platform that’s supplanting virtual deal rooms. The reasons that PayPal was able to churn out so many entrepreneurs is beyond the scope of this piece (plus, I’ve written about it elsewhere). The takeaway I’ll convey here is that when you consider the size of its exit, PayPal unleashed a disproportionate number of successful entrepreneurs.

2. Spurring Major Innovation in Payments: When PayPal launched in 1999, online credit card payments were still a challenge for most merchants. PayPal broke through that barrier, frequently over the opposition of the credit card associations, who weren’t sure if the company was a friend or a foe. Today, the online payments landscape is filled with innovative startups like Square, Stripe, and BrainTree that are solving new problems and in many respects are more innovative than PayPal, where some degree of the innovator’s dilemma has set in. But even if PayPal is no longer the first to build powerful new features, it was still the trailblazer that moved hundreds of thousands of small merchants online, paving the way for today’s crop of payment startups.

3. Propping Up eBay: For several years since the end of Meg Whitman’s tenure as CEO, eBay’s core marketplace business languished, hurt by a poor user experience and the rise of alternative e-commerce distribution channels for small businesses (especially Google Adwords). But during this otherwise dark period for eBay, its payments division continued its steady growth, and in the most recent quarter, PayPal contributed $1.37 billion in sales, or just over 40% of all of eBay Inc’s net revenue. Its 22% year-over-year revenue growth hardly indicates a business in decline, and some speculate that it’s only a matter of time until PayPal becomes the biggest part of eBay. When and if that happens remains to be seen, but it is clear that eBay has benefited immensely from its decade-old investment.

Ten years have gone by since eBay completed one of the most important acquisitions in the history of the tech industry. While the circumstances of PayPal’s acquisition were quite different from the departure of Shockley Semiconductor’s “Traitorous Eight,” the event may ultimately prove to be just as consequential for Silicon Valley.

Eric M. Jackson is CEO and co-founder of CapLinked, a cloud-based platform for managing business transactions such as asset sales, capital raises, and M&A deals. Eric previously served as PayPal’s first marketing director and is author of the award-winning book The PayPal Wars.