While images of human-like robots jumping over boxes have captured popular attention, the real robotics revolution is taking place in manufacturing and assembly shops around the world.

The fast-growing field of robotic assistants, sometimes called “cobots” or collaborative robots, is making robots cheaper, more flexible, and safer to use for a growing range of mundane tasks. Based in Munich, Franka Emika is hoping to seize this moment with its Panda robotic arm.

“All the robots that you know that are out there are every expensive, and they are only usable for highly trained experts, and in the end, they are all preprogrammed positioning machines,” said Franka Emika CEO Simon Haddadin, while speaking recently at the Bits & Pretzels tech conference in Munich. “We created and designed and developed and manufactured the first AI-enabled, learning-capable, sensitive, and fully interactive robotic assistant accessible to everyone. And by accessible, I mean affordable and usable.” 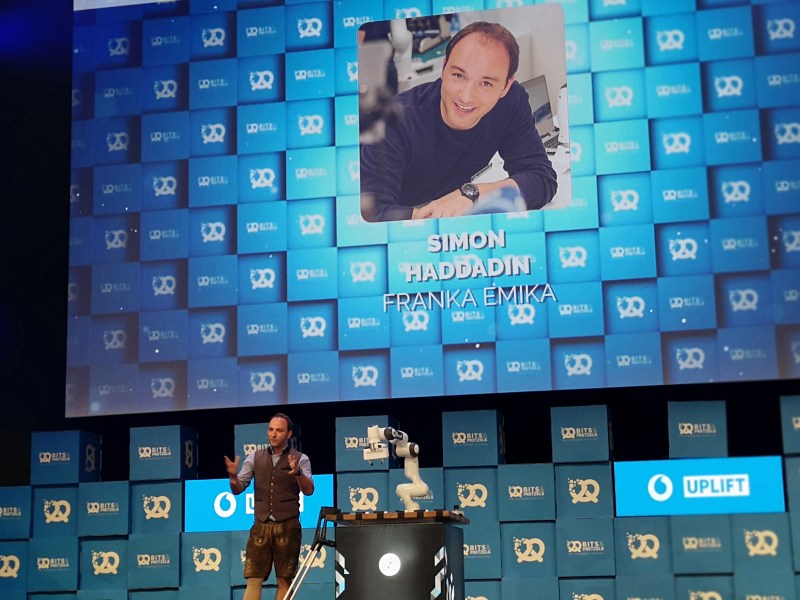 Large robotic arms and assistants have been common in massive assembly lines for decades, piecing together large items, like cars. But besides being extraordinarily expensive, these machines are designed to do a single task over and over. It’s very difficult to alter that task without either replacing or rebuilding the entire robotic system.

Now breakthroughs in materials, design, and artificial intelligence are enabling a new class of cobots that are within reach of small and medium-sized businesses. They can do things like paint items, pack boxes, or perform a wide range of repetitive tasks that free humans up to attend to other chores. Most importantly, they are safe enough to allow humans to work in close proximity.

As a result, one recent study by Research and Markets projected that sales of robotic assistants would grow an average 47 percent annually in the coming years to reach $9 billion in annual sales by 2025. That is compared to the $420 million in sales reported last year.

It’s also an increasingly competitive field. The much-hyped Boston-based Rethink Robotics shocked the industry by closing in early October. Germany’s Hahn Group acquired the patents and trademarks from Rethink Robotics. And Denmark’s Universal Robots hired 20 Rethink employees and merged them into its own Boston operation.

Founded in 2016, Franka Emika is one of the companies hoping to accelerate this transformation. At Bits & Pretzels, a Panda set up in one corner was demonstrating its prowess by handing people pretzels. This demonstration, while amusing, showed how easy it is to set up Panda.

To “teach” an action to Panda, someone can guide the robotic arm manually through a series of actions while pressing buttons on the arm that commit each step to memory. In just a few minutes, the arm learns the task and can begin repeating it, without requiring engineers for complicated software updates or programming. The user can also choose a series of predesigned apps to launch the arm on other jobs.

The company notes that its modular form makes it easy to swap in parts for other tasks and that the arm is highly sensitive, making it aware of the presence of other people or objects. A combination of sensors, algorithms, and machine learning allows it to adapt if needed.

The company is also building out an ecosystem of apps to extend Panda’s capabilities. At the same time, the approximately $17,000 price tag makes it an option for smaller manufacturers, something the company says will be increasingly crucial in helping these companies remain competitive. 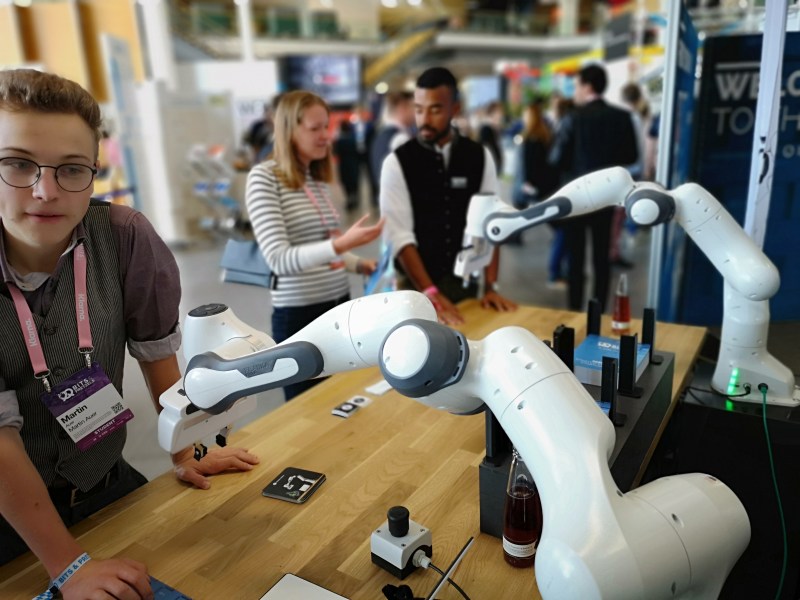 The company says it will continue to focus sales on small and medium-sized business, particularly electronics manufacturing companies. Many of these companies have little or no automation in their operations, and Franka Emika claims it can reduce costs and production times for many of the tasks performed by 90 percent.

Franka Emika has also sold 500 robots to research organizations, plus another 2,000 to its industrial partners. It projects sales of 12,000 units in 2019.

Over the next year, the company is also planning to launch a robotics app store and is in the process of developing other versions of Panda for such applications as helping the elderly or sick. Franka Emika expects to unveil a number of new initiatives and products at the Hannover Messe trade show in April 2019.