Rob May is CEO and cofounder of Backupify.

I believed the same lies that you still believe, for a long time. I was in college during the early days of the World Wide Web, and like others, I rejoiced in the incredible access to knowledge it provided, and diversity of thought it promoted. So when I first read in 2008 about how the Internet had a negative impact by narrowing modern scholarship, I didn’t believe it. The Internet was great, and was making us more productive, more creative, and more innovative. That’s what we were promised.

A year later, when I started Backupify, I was granted a firsthand look at venture capital and startups, an area of the economy that supposedly drives innovation, and is full of mavericks, eccentrics, visionaries, iconoclasts, and other innovative types. Yet I didn’t find most of the people I met to be all that innovative. Every person I met seemed to read the same tech blogs, have the same information, share the same opinions about the same topics, and have the same business ideas.

If the Internet had narrowed scholarship, could it have narrowed innovation as well?

I have come to believe that, yes, the Internet is killing innovation. A broad and thorough discussion about why is beyond the scope of this piece, but let me whet your appetite and plant some seeds of doubt in your biased pro-Internet love fest.

Narrow views. The Internet rewards blockbusters, which drives out diversity. I hate the online versions of most periodicals because all of the focus is on the most popular, most emailed, and most commented on stories. As a result, when readers go to a site and have limited time, they read the things everyone else reads. This behavior promotes media economics that push writers to go for these blockbuster pieces, which occasionally are great pieces of work but more often than not are linkbait that panders to our interest in gossip.

I still subscribe to paper versions of the Wall Street Journal, and a dozen other periodicals, because print is the best and fastest way to skim through and find some of the important, but non-blockbuster articles. When you read what everyone else reads, in the same ways that they read it, you will have the same ideas. Serendipity can be a source of innovation, but not in a world where we all consume the same information.

Shallow understanding: The internet rewards “urgent” more than “important.”  Sometimes the two overlap, but more often than not, they don’t.  When they don’t, we humans have a natural bias toward the urgent. As a result, we don’t take the time to dig deeper, and really understand things. We move from one shallow urgent topic to another without examination and when someone tries to engage us and make us think deeply, we respond with “too long; didn’t read.”

I agree with Nate Silver, who wrote in his book “The Signal and The Noise” that a certain amount of immersion in a topic will provide disproportionately more insight than an executive summary. Innovation requires insight, which requires a deep understanding of certain topics. The Internet encourages shallow executive summary versions of everything.

Limited experience. Your brain is more deterministic than you think. Neuroscientists have a saying: “fire together, wire together.”  It describes how neurons build connections. Add that to the points above and you realize that if most startup people read the same stuff, and that stuff is ever more concentrated on shallow executive summaries about less diverse topics, everyone’s brains are wiring up to think the same way about the same things. There aren’t deep insights because our experiences are less diverse than they have ever been.

Think about it. Most tech people you know are foodies, who use Apple products, take Ubers everywhere, have the same set of beliefs about how to build and run a business (largely driven by Apple and Google), attend SXSW, and love to comment on how Twitter broke important news four minutes before CNN. (I still haven’t figured out why that last point matters so much to them.)

The Internet has taken startup culture, which used to be a collection of eccentric misfits, and homogenized it. And homogenization is anathema to innovation. If you really want to innovate, do something different, something daring, and something unconventional. Be a real iconoclast, and unplug. The Internet is for lemmings, and you have bigger and better things to do. 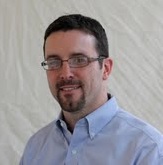 Rob May is CEO and cofounder of Cambridge, Mass.-based Backupify, provider of backup and recovery solutions for cloud application data. Rob started his career as a digital design engineer at Harris Corporation and held business development and management positions at multiple startups before cofounding Backupify in 2008. Rob was also an adjunct faculty member at the University of Louisville School of Business.