HP is today pulling the covers off several new Pavilion laptops for consumers, as well as new Pavilion all-in-one PCs and a Pavilion PC tower that’s as powerful as an earlier model but 30 percent smaller. Each of these new devices runs Windows 10 out of the box.

The new all-in-ones have some compelling options. For the 23.8-inch model starting at $700, there’s a new “micro edge display” option that shrinks the bezels down from 26mm to 6.4mm. With this option included, the PC is reminiscent of a modern television display.

But that’s not all. You can also choose to have the 23.8-inch model — or the 27-inch model starting at $1000 — equipped with a new “Privacy Camera.” It’s a rectangular piece of plastic that sits nestled inside the device on the top edge, just behind the display. When you push down on it, it pops up, revealing a camera and a microphone. You hear the sound of Windows 10 recognizing that components have been connected. When you’re done using the camera, you just push down the piece of camera-bearing plastic to return it to its place, and you hear the sound signaling that the mic and camera have been disconnected.

The idea is to comfort those privacy-minded people who like to stick paper over the cameras on their laptops in order to prevent unwanted spying, as an HP representative told VentureBeat in a briefing on the new devices in San Francisco earlier this week. These isn’t the first desktop computer to feature a disappearing camera, the representative said, but it’s new for an HP device, and it’s still relatively uncommon across the board.

The 23.8-inch and 27-inch Pavilion all-in-ones can be further decked out with a sixth-generation Intel Core i7 chip, a discrete Nvidia GT 930A graphics processing unit (GPU), a 1TB solid-state hybrid drive (SSHD), a touchscreen, and a Bang & Olufsen audio unit with two front-facing speakers.

HP is introducing these devices six months after it split into two companies: HP Inc. and Hewlett Packard Enterprise (HPE).

As for HP Inc., which is behind the new devices, it’s been developing and releasing products in “a much more entrepreneurial way,” Mike Nash, HP’s vice president of customer experience and portfolio strategy, told reporters during the briefing.

If nothing else, the new all-in-one with the very narrow bezels and the hiding camera is reflective of a company that’s taking modern consumer priorities into consideration.

HP certainly still has a wide range of products, but products the company has come out with recently have been particularly impressive. For instance, the 15-inch Spectre x360 is a fine MacBook Pro alternative with solid performance, good build quality, and a competitive price. And HP picked up lots of positive press last month when it launched its new Spectre, which was billed as the world’s thinnest laptop. The upcoming Chromebook 13 starting at $500 also looks promising. 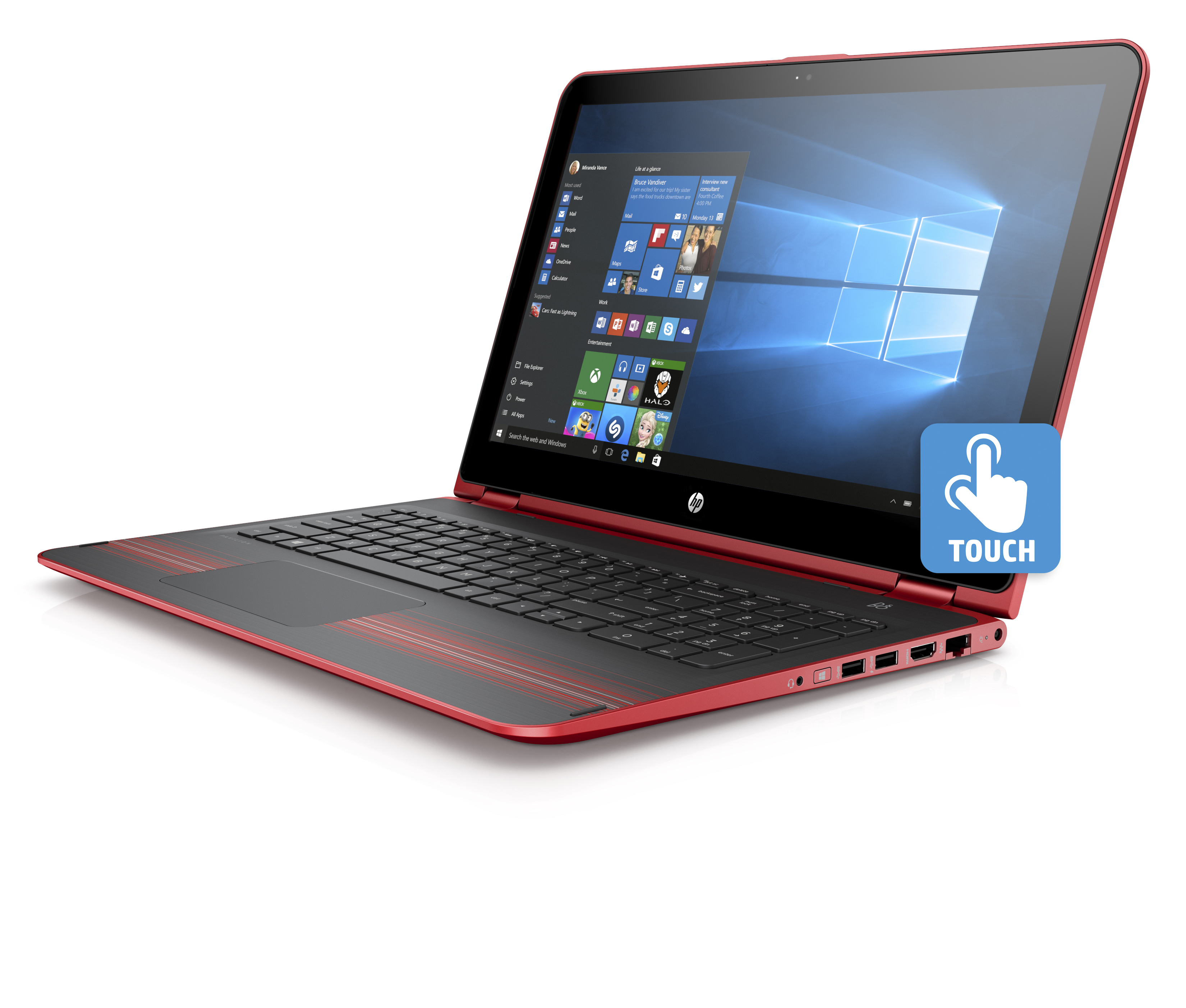 The new Pavilion x360 convertible laptops, available in 11.6-inch, 13.3-inch, and new 15.6-inch configurations start at $400, $500, and $730, respectively. They are outfitted with a design that resembles a series of threads spanning the area where your palms rest while you type. And the laptops are available in some surprising new colors, like “sport purple,” “cardinal red,” and “dragonfly blue.” The devices feature revamped “geared” hinges and can be used in tablet mode, just like on the Spectre x360. Processor, display type, and storage options vary based on the display size you select. HP boasts up to 9 hours and 15 minutes of battery life for these new devices. The HP Pavilion Desktop tower, starting at $450, can be configured with an Intel Core i7 chip, a Nvidia GTX 750i GPU, as much as 16GB of RAM, and as much as 3TB of storage.

The all-in-ones will hit stores in July, the tower becomes available on June 29, and the new x360s will go on sale later this month.