Updated at 1:40 p.m. Pacific to clarify that this was an asset acquisition, not an acquisition of the startup itself.

Tech giant IBM today announced that it has acquired technology from startup Blekko.

The startup developed a web search engine — putting it up against others, including DuckDuckGo, Microsoft’s Bing, and Google — as well as a social news tool. It’s unclear currently which assets IBM has acquired; an IBM spokesman couldn’t immediately tell VentureBeat — only that it was “certain assets.” Blekko’s homepage is vague, stating that the Blekko “technology and team have joined IBM Watson.”

“This will provide access to additional content that can be infused in Watson-based products and services delivered by IBM and its partners,” IBM said in a blog post on the news today.

The deal follows on IBM’s recent acquisition of AlchemyAPI.

Blekko was established in 2007 and was based in Redwood City., Calif. Investors include Marc Andreessen and Ron Conway, as well as CMEA Capital, PivotNorth Capital, and U.S. Venture Partners.

Here’s an example of Blekko’s search results, taken from the startup’s Facebook page: 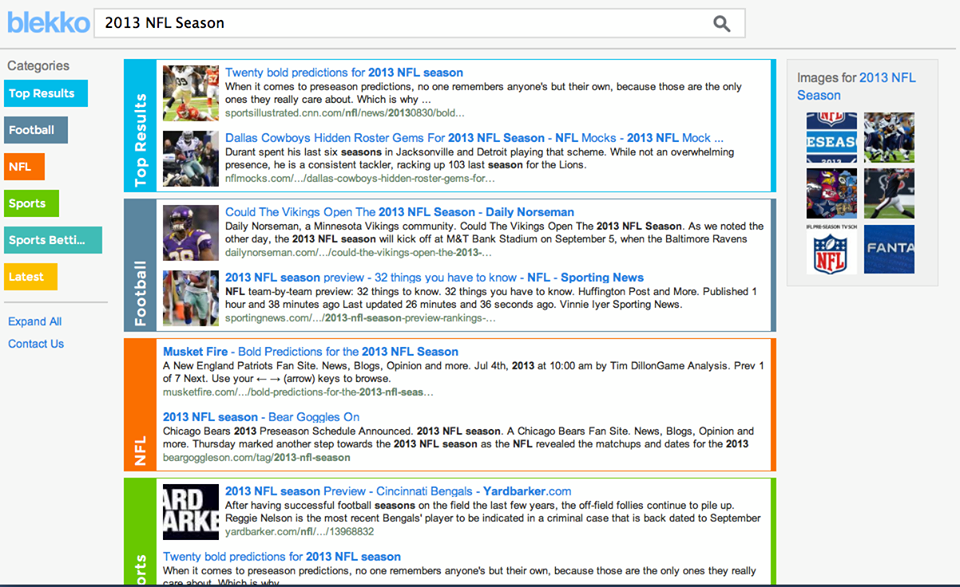 Above: Results for a search on Blekko