IBM is announcing today that it can help mining companies predict when their equipment is going to fail, using real-time analytics culled together from equipment sensors and a rich trove of operational data.

It is a case of using supercomputing power and sensors from the “Internet of things” to solve a huge financial headache for industrial companies. 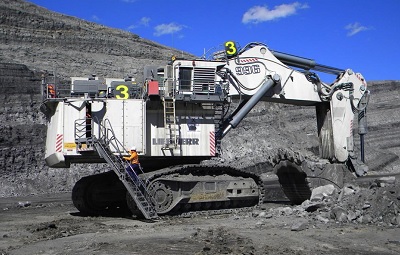 You never know what big data will accomplish next, as it is a transformational technology that could overhaul a lot of industries. In this case, IBM will use it to potentially save billions of dollars a year for companies such as Thiess, a major operator of mining equipment. The work is the result of research spearheaded by the IBM Almaden Research Center in San Jose, Calif., and Thiess.

Matt Denesuk, manager of Smarter Planet Modeling and Analytics for IBM Research, said in an interview with VentureBeat that the modeling and analytics work could transform the $5 trillion business of operating mining equipment.

Denesuk said that the information technology spending in the natural resource industry is understandably low at 1 percent (compared to 5 – 7 percent at most businesses). But Denesuk noted that, for safety and other reasons, most of the heavy mining equipment has already been equipped with sensors that can broadcast data to communications hubs. Typically, that data is collected and stored in monthly reports. Analysts who look at those can make occasional evaluations of the equipment usage.

But IBM is making the analytics available in real-time. It will crunch the data from a wide variety of sources and be able to make detailed predictions about specific pieces of equipment, Denesuk said.

Thiess doesn’t own mines. But it does operate the equipment that is used in mining, such as extractors and trucks. Thiess has more than 700 mining trucks and a bunch of extractors in operation, and it has a trove of data to go with them. It collects information on the loads the trucks bear, the environmental conditions, the fuel consumption rates, the repair history, and other sensor data. IBM takes all of that and crunches it. Then it comes up with insights. 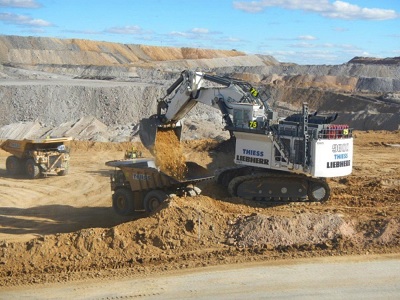 “We plug that into the analytics and we optimize the whole business operation,” Denesuk said. “We can look for patterns and come up with risk assessments and costs.”

For instance, if a piece of machinery is operated under normal conditions, it will have a normal rate of repair needs and failure rates. But if it is operated under heavy loads for a long time or has abnormal usage, then the failure likelihood for that specific machine could be much different, Denesuk said.

Denesuk said the data IBM has gone through so far from Thiess and other mining companies has proven very useful. IBM estimates that its insights could save a $30 billion mining company several billion dollars a year in productivity gains.

That may sound wildly optimistic. But the cost of having an excavator go down in the field is $5 million a day, while the cost of losing a haul truck is $1.8 million per day. If you can prevent it from going down in the field, that makes a huge difference, Denesuk said.

“Analytics and modeling can offer great opportunities to improve our business, but we need to integrate them with our current processes in order to have a real bottom-line impact. Working with IBM to build a platform that feeds the models with the data we collect and then presents decision support information to our team in the field will allow us to increase machine reliability, lower energy costs and emissions, and improve the overall efficiency and effectiveness of our business,” said Michael Wright, executive general manager of mining at Thiess.

What are the factors that matter most in the predictions?

Denesuk said, “There are so many different components tracked and so many modes of failure. The most important are the size of the loads, wear and tear, and the amount of fuel, taken together. But it’s not one thing. It is a combination of factors.”

Repair history isn’t as useful in predicting failure, he said. That’s because it is not always kept updated, and different kinds of equipment will fail at different rates under real-world conditions.

“A component might be chronologically young, but its excessive usage might have given it a hard life,” Denesuk said.

IBM has come up with its leading indicators to monitor to make its predictions. It can track about 200,000 streams of data that keep track of different variables.

Among the items that IBM models in its algorithms are physical items, such as metal parts, and what kind of stress they can endure before they crack. Another set of data is knowledge based, or a set of rules that determines when something might happen. These kinds of rules were captured in artificial intelligence systems known as expert systems, but they really just embody the best knowledge of an experienced human being. IBM also uses data-driven learning based systems, which create predictive models and improve them over time with real-world results.

Denesuk thinks that both IBM’s Predictive Maintenance and Quality group and its consulting business could benefit from the research, which could be shared across many companies in the mining industry. That, in turn, should improve the accuracy of the predictions as data comes back.

Denesuk said the timing is good because a lot of mining companies have invested in instrumentation.

“This takes that investment to the next level,” he said.

Of course, not everything will be predictable. “If there’s a collision of two trucks, we can’t do anything about that,” Denesuk said. 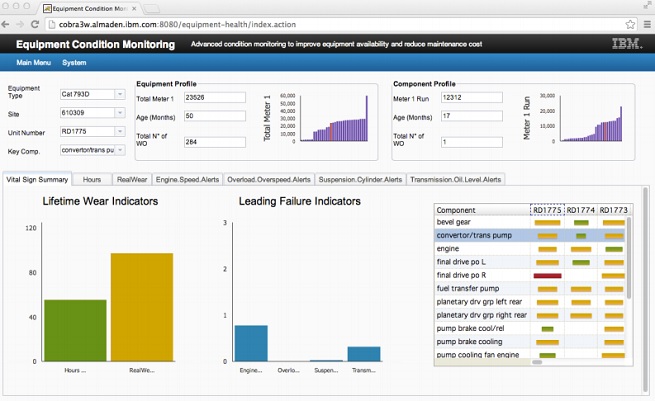