Ever since its release in October 2013, IE11 has been unable to pass IE8 in market share. It made steady gains, but then plateaued before it could become the world’s most popular browser. Now, Microsoft’s latest and greatest has finally done it.

Between September and October, here is how the browser market changed, according to the latest figures from Net Applications: 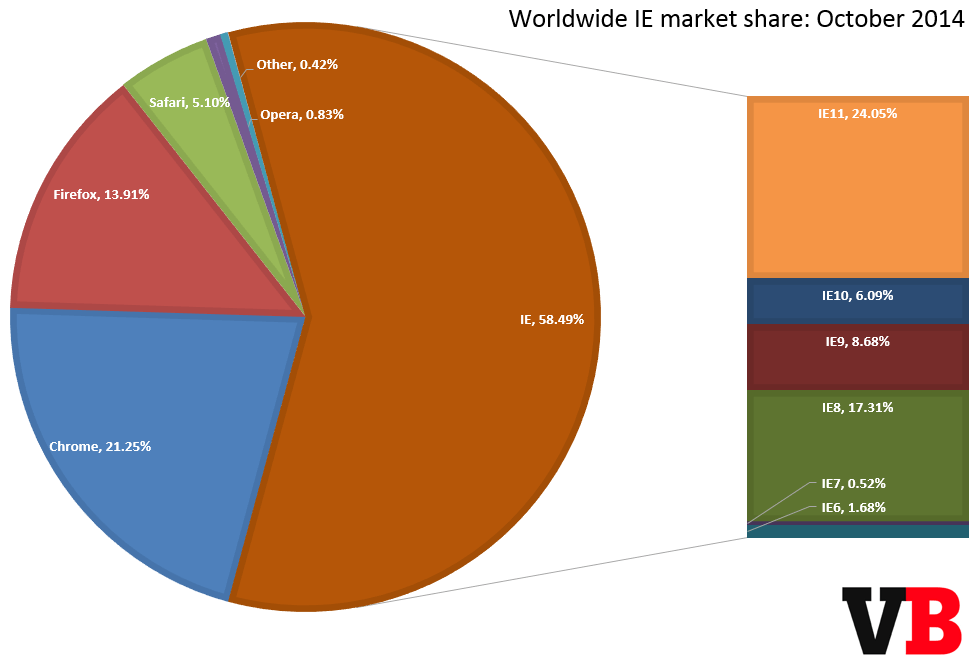 So, what caused such huge changes? Well, Windows 8.1 saw big gains last month, while Windows XP took a massive hit. We believe this was mainly caused by back to school sales in September, which are better reflected in the data after students use their new machines for a full month.

IE11 has mainly been stealing market share from IE10 and IE9 because Windows XP users can’t upgrade past IE8. With XP finally losing significant share, and Windows 8.x gaining share, the pieces were in place for IE11 to finally dethrone IE8. 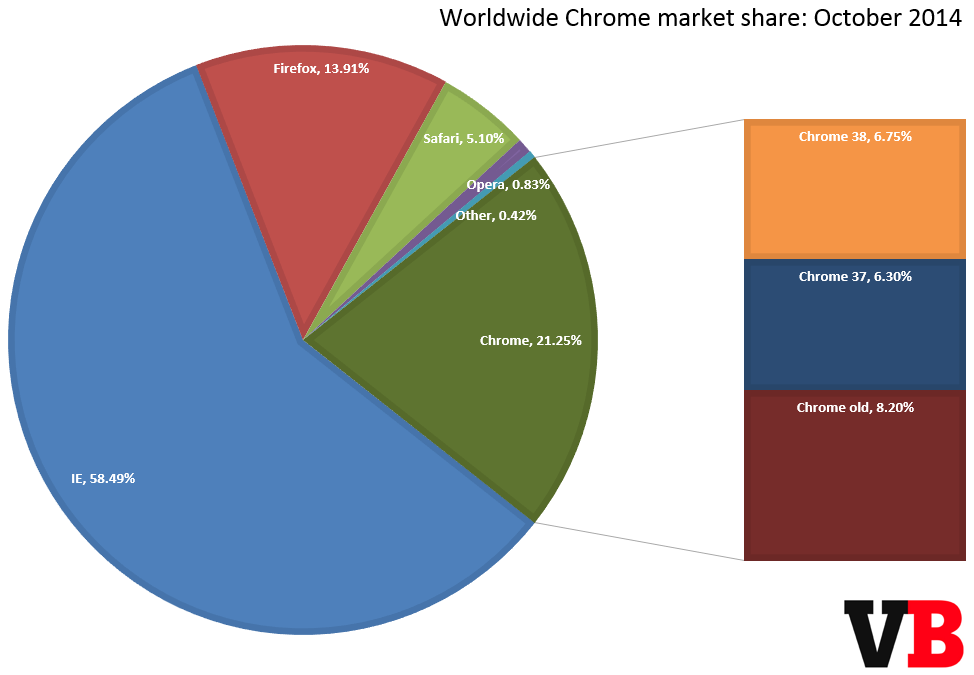 While Google’s Chrome didn’t see many gains this month, its built-in upgrade system continues to work wonders. Chrome 38 was released at the beginning of October, meaning it didn’t have a full month of availability, and it still managed to capture 6.75 percent share.

Meanwhile, Chrome 37 lost 3.76 points to 6.30 percent. All other previous versions of Chrome also slipped, as is quite typical for Google’s browser numbers. 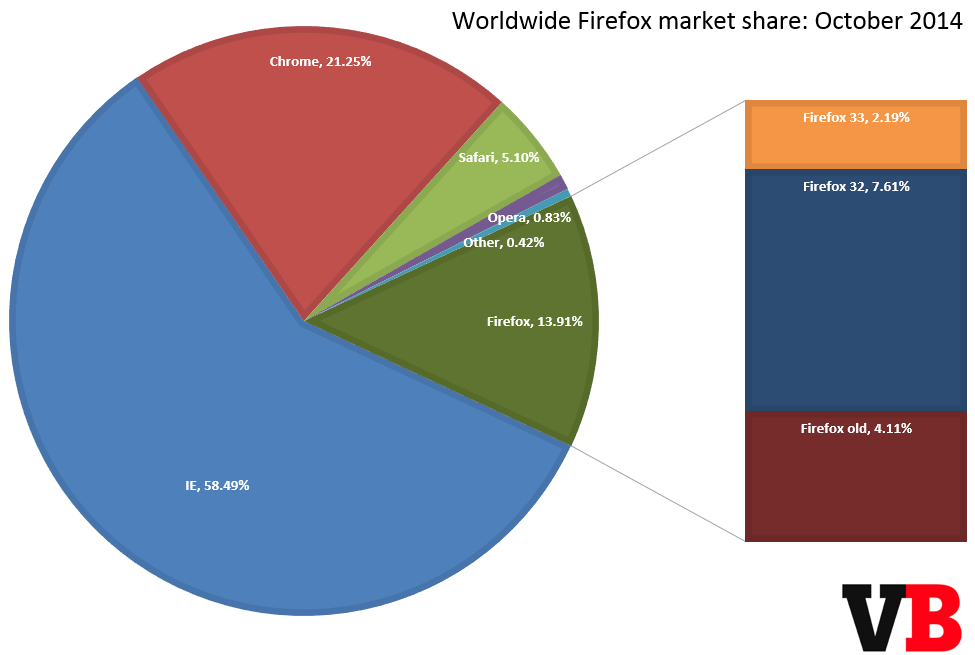 Mozilla’s Firefox is having a very bad year, and it just got worse. It hasn’t seen the 13 percent mark in years. In fact, we can’t tell you exactly how long it’s been because Net Applications’ data only goes back as far as November 2007, when Firefox still had over 15 percent market share.

Nevertheless, Firefox’s built-in upgrade system continues to work well. Firefox 33 was released in mid-October, meaning it didn’t have a full month of availability, but it still grabbed 2.19 percent share. Firefox 32 managed to continue growing 1.67 points to 7.61 percent, while all previous versions of Firefox fell.