Chris Anderson grew up as a radio guy in Ohio. His grandfather was an engineer, and he passed on the love for wireless technology to his grandson. Now Anderson hopes that everybody will fall in love with radio again thanks to his startup Redstone Technologies, which he believes can bring boundless wireless Internet access to the world.

“For me, radio was just magical,” said the former NASA engineer in an interview with VentureBeat. “How you can transmit information, seemingly magically, from point A to point B, without any connection whatsoever.”

Anderson is unveiling his Tampa, Fla.-based startup in an exclusive with VentureBeat.

But the company will not demo the Redstone technology until the spring. So we sat down with Anderson to gather all the information we could and delve into this “disruptive tech” he’s been working on for over six years.

Here’s what we found out.

Born from technologies developed for the military and NASA, Redstone claims it can deliver extremely fast, gigabit wireless Internet access in a way that will transform the telecommunications industry.

Others have tried and failed, but Redstone says its single wireless switch can cover a 3-mile bubble in any direction, providing Internet connectivity to entire cities.

For nearly a decade, Anderson has been working on a wireless data transfer technology that he describes as a new physical layer (a fundamental layer of digital communications known as “Layer 1” in network terminology). Redstone has embedded the technology in a chip, dubbed the Redstone PHY Engine. Each chip can talk to other chips in a peer-to-peer networking model. It overcomes barriers by creating a new kind of signal that won’t degrade over a distance, Anderson claims.

Anderson has a small team working with him, all of whom joined the company based on the promise of this vision.

“This is a new paradigm for business,” Tsuruda told us. “New companies will emerge. New billionaires will be created.” 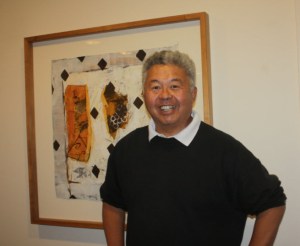 Above: Steve Tsuruda of Redstone Technologies

Redstone is incredibly ambitious, but experts are far from convinced about its proposed tech. And we cannot independently verify Redstone’s claims for its technology’s speeds and costs.

Analysts we have contacted, such as Linley Gwennap, the head of the chip market analyst firm The Linley Group, are very skeptical of Redstone’s publicly available information, particularly because it cannot cite any public patents for its work.

“I don’t see anything exciting,” said Gwennap. “I find it hard to believe they have discovered some major improvements in signaling efficiency, because the entire industry has been cranking on [existing] technologies like LTE and 802.11ac to maximize efficiency.”

Redstone believes the skeptics are inevitable; they will persist even after the technology is deployed. Until it solves huge networking problems on the scale of cities or countries, there won’t be proof that it really works as advertised.

“Our philosophy is to make it abundantly clear that this technology works in demonstration,” Anderson said.

Redstone’s efforts bring to mind Steve Perlman’s Dido, which we had high hopes for back in 2012. Since then, Dido appears to have faded into relative obscurity (or is intentionally staying out of the limelight). Perlman says he is building a high-speed wireless network based on a very different kind of architecture, but it was met with similarly skeptical claims.

Given that Dido and other rivals exist, it seems odd to us that Anderson hasn’t filed for patents. Anderson said that after discussions with various lawyers, he has opted to shield his technology using trade secret protection instead — basically, just keeping the details secret from potential competitors. Redstone also has a relationship with the military that also affected its legal strategy.

“Patents have a limited life. You have to make disclosures. That wasn’t going to work. That led us to trade secrets,” he said.

Efrat Kasznik, the president of Foresight Valuation Group and a lecturer on intellectual property at Stanford University, isn’t convinced of the merits of this approach. She questions whether trade secrets will provide sufficient protection.

Coca-Cola has protected its formula for its soft drink for a long time without disclosing the recipe, but it’s very hard to enforce trade secrets against anyone who is misappropriating them without revealing the secrets in court. By contrast, patents have limited lifespans, but they offer stronger legal protection.

“Redstone may think it is the only one with this idea, but it has been documented in many studies that markets go through ‘simultaneous innovation’ cycles, when many people think about similar ideas around the same time,” Kasznik said in an email to VentureBeat. “This [telecommunications] is an industry with a lot of patents held by some very strong IP holders, and one cannot walk into an industry like that with no patents.” 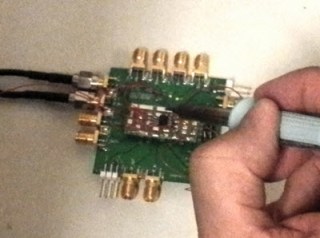 Who is the team behind this mysterious technology? Anderson, the lead engineer, said he worked on wireless communications systems used in NASA’s space exploration missions in the 1990s. He told us that he enabled spacecraft on the ground on Mars to communicate with spacecraft in orbit and communicate in a networked way with other spacecraft.

In 2003, he said he had a “lightbulb moment.” Without intending to, he invented a new physical layer for a communications technology that is more efficient than other wireless networking schemes that have been refined for decades.

“We are not breaking any laws of physics,” he said. “We are breaking the barriers of how people think wireless networks work.”

After he had the insight, he worked on exploring its full dimensions for a couple of years. Then he consulted a number of (mostly retired) technology veterans and came up with a legal and business strategy. He assembled a team and went to visit the heads of some very big companies, but they weren’t as aggressive as he expected. So Redstone set to go about proving that its technology was ready.

Redstone’s technology was developed in a private laboratory, following the delivery of other communications projects for NASA and the military. Those projects established deep space communications for the Mars Rover and enabled better battlefield communication, Tsuruda said.

Turn the page for more on major breakthroughs for wireless >>