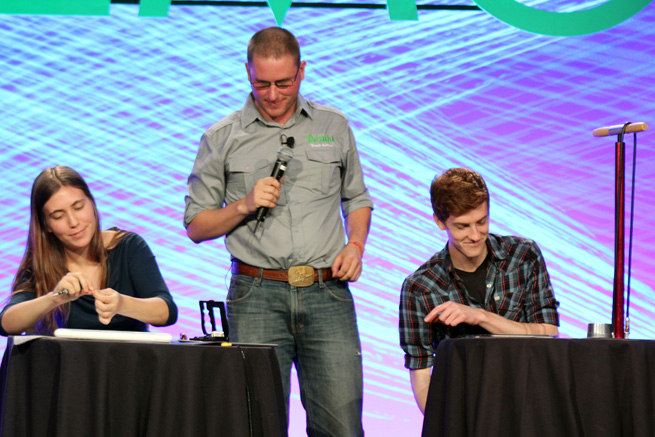 That same platform, which iFixit calls Dozuki, is now commercially available for any organization to use, after launching in private beta testing last summer. The company also announced today that it has spun off Dozuki as a new business division — a sign that it’s ready to double-down on the capabilities and distribution of the platform. Dozuki will make its debut as a standalone company this week at DEMO Spring 2012 in Santa Clara, Calif., an event that VentureBeat co-produces.

“The Internet is terrible at teaching people how to do things in the real world,” Dozuki and iFixit founder Kyle Wiens said onstage at the conference. “Manuals are horrible. Ikea vector diagrams — are these really the best we can do?”

The Dozuki platform puts a big emphasis on rich media, including screenshots and video, and it’s accessible across mobile devices, as well as the web. Organizations can use Dozuki to build up a knowledge base of documentation, just as they have in the past. But the kicker with the platform is that it also has collaborative Q&A capabilities, allowing customers and employees to make their own contributions.

“They have a very clear sense of purpose, and a very compelling story,” said David Gutelius, the chief social scientist at Jive.

Dozuki says Cal Poly, one of its first customers, has managed to reduce machine training time for students by 75 percent. Other Dozuki customers include O’Reilly, Micron, and Lezyne.

Wiens also talked up a partnership with Crucial, the maker of upgrade memory and computer parts. Crucial is using Dozuki’s platform and Dozuki has helped it create 150 how-to guides on how to do things such as replace your hard drive with an SSD or upgrade your MacBook’s memory.

He also recruited two volunteers to perform onstage upgrades (a MacBook memory upgrade, and a bicycle pump hose replacement) in the five minutes he was talking. The two used Dozuki’s manuals and, with slight hiccups, were able to finish in time.

Dozuki competes with traditional documentation methods (Word, PDF, and internal websites), as well as other services like Documentum and Odesta. But the company is the only one to offer docs that can be read across mobile and desktop devices, as well as a community-driven knowledge base.

Pricing starts at $49 a month for small businesses, which includes support for one author and an iPhone/iPad app, and goes up to $499 per month for the “factory” level.

By modernizing technical docs, Dozuki will help simplify training and troubleshooting for companies and customers alike. And, finally, companies can stop asking customers in vain to read the freaking manual.

Dozuki is one of 80 companies chosen by VentureBeat to launch at the DEMO Spring 2012 event taking place this week in Silicon Valley. After we make our selections, the chosen companies pay a fee to present. Our coverage of them remains objective.