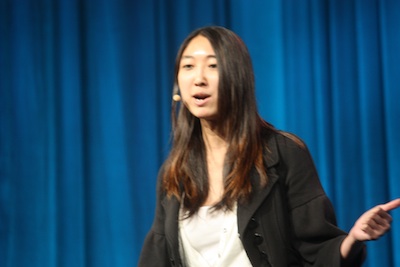 Jessica Mah, co-founder and chief executive of business finance startup InDinero, took the stage at the Web 2.0 Expo this afternoon to explain how she solved a problem that her company faced last year: It wasn’t making any money.

At the time, Mah was trying to court investors, and she said that most of them had a similar message: You can’t worry about making money until you have more users, so focus on user acquisition. But Mah said that was the wrong lesson. Instead, she looked at the advice given out by iconoclastic investor Dave McClure (who now manages the 500 Startups fund), and she decided to focus on metrics.

And now things are looking up. Mah said InDinero’s conversion funnel improved dramatically, so now 0.2 percent of website visitors are signing up. And McClure is now an investor.