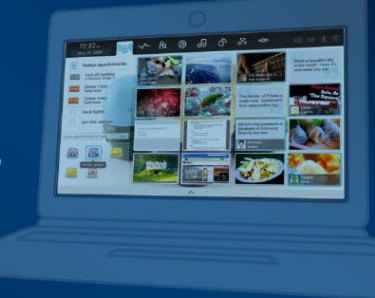 Intel announced today it has designed a faster and more power-efficient version of its Atom microprocessor, which in the past year has revolutionized computing in the netbook market.

The netbook market has exploded in the past year as consumers opt for the convenient size (smaller than laptop), simple features of surfing the web and reading email, and costs of $500 or less. Intel has sold tens of millions of Atom processors in the past year. It has been designed into more than 300 netbooks and laptops. The new platform will be shipping in netbooks in the fourth quarter.

Intel’s current solution has a trio of chips including Atom and a two-part chip set that handles the trafficking of data inside the computer and to the outside world. With the code-named Pine Trail version of the Atom, there are only two chips, a processor and an input-output chip. 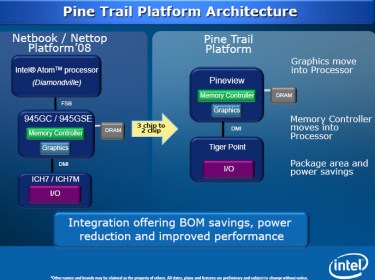 This combination will be faster, cheaper, and smaller, resulting in netbooks that are more like real laptops in performance, said Noury Al-Khaledy, general manager of the Netbook and Nettop Computing unit at Intel.

It’s not clear, however, just how good the graphics will be. Many netbooks are unable to play computer games or run graphics-heavy applications. That’s why Nvidia is offering its graphics-heavy platform dubbed Ion. Al-Khaledy said the Atom platform isn’t focused on running games and is really aimed at simpler tasks such as surfing the web, viewing and sending email, and watching rich media on the web. But Al-Khaledy said he was not prepared to talk about the graphics performance of the Pine Trail platform. 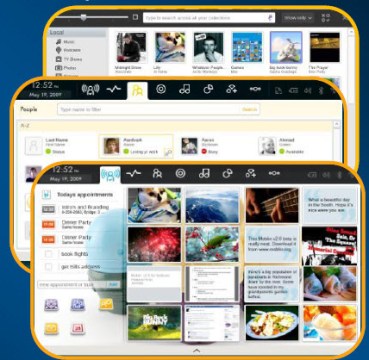 Intel also announced version 2 of Moblin, which is the mobile Linux operating system that runs on the cheapest netbooks. Doug Fisher, vice president of software services, said Intel is doing the Moblin work to try to make the market take off faster. However, the Linux Foundation is taking over development. More than 15 Linux vendors are working on Moblin as well. Most netbooks ship with a Linux option or a more expensive Microsoft Windows option.

About 25 percent of the netbooks ship with Moblin on it. But Moblin is going to have competition from Google’s Android operating system, which is also based on a version of Linux.

Fisher said the new version of Moblin will have a fast boot time of less than 10 seconds, a better user interface aimed at making it easy to get to apps such as Twitter or instant messenger, and better battery life. Moblin can also be customized by computer makers so they can put their own brand name throughout the product.