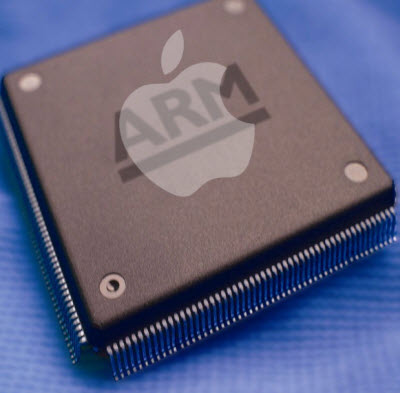 Apple has long been rumored to be working on porting the Mac OS X operating system to run on ARM chips, a move that could help it gain independence from chip maker Intel.

Some interesting evidence that such work is taking place emerged today in an academic paper written by a former Apple intern.

Apple Insider reports that Tristan Schaap, who is now an Apple engineer, wrote a thesis in 2010 on his 12-week job as an intern with Apple’s Platform Technologies Group, a division of the Core OS department.

The thesis was held secret because it contained sensitive information but was published by the Netherlands Delft University of Technology, according to iMore.

The paper said that Schaap worked with the group to get Darwin, described as the “lower half” of Apple’s Mac OS X operating system, to boot on an ARM processor from Marvell. The paper reported some partial success on the project.

Normally, the Mac OS X runs on a beefy Intel x86 architecture processor. ARM processors are more power efficient and are used in mobile phones and tablets; but they’re moving up in the world. If Apple moves the Mac OS X to ARM, it would likely have a more versatile and cheaper platform.

Nvidia, Texas Instruments, Marvell, Broadcom and Qualcomm are all working on ARM-based chips that are powerful enough to run Microsoft’s Windows 8 operating system. So it wouldn’t be a stretch for Apple to try to port its software to run on those chips as well.

But there is no indication that Apple’s explorations into ARM were ever meant to be used in an actual product. Schaap is now employed as a CoreOS engineer, according to his LinkedIn profile.