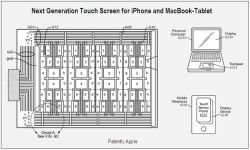 The initial supply of Apple iPad tablet computers may be limited, so much so that the launch may be delayed a month into April, according to a research note by a Canadian analyst.

Peter Misek, who covers Apple for Toronto-based research firm Canaccord Adams, claims that inside sources tipped him off to problems on the other side of the world:

We have…heard that the upcoming iPad launch may be somewhat limited as a manufacturing bottleneck has impacted production of Apple’s newest device … An unspecified production problem at the iPad’s manufacturer, Hon Hai Precision [the company is better known to Americans as Foxconn, producer of the Mac mini, iPod and iPhone] will likely limit the launch region to the US and the number of units available to roughly 300K in the month of March, far lower than the company’s initial estimate of 1,000K units.

The delay in production ramp will likely impact Apple’s April unit estimate of 800K as well. It is also possible that, given the limited number of units available in March, the launch will be delayed for a month.

Still, it’s easy to believe that the ambitious design of the iPad could cause snags in manufacturing. Last week, the makers of the JooJoo tablet computer abandoned their plans to ship in February, claiming in an email to reporters that the delay was caused by “a manufacturing issue involving JooJoo’s industry-first 12.1 inch capacitive touch screen.”

Apple’s patent applications suggest that the iPad’s smaller touchscreen is even more sophisticated than JooJoo’s, in order to support Apple’s gesture-based interface, The iPad may even include an iPod-like touch wheel displayed onscreen rather than built in as hardware.