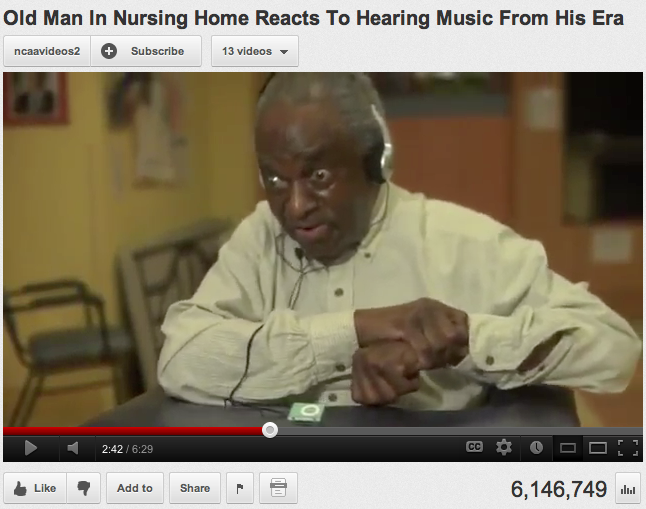 Remember the viral video about the old man in a nursing home who almost literally comes alive when hearing music? The video went viral in April this year, with more than six million views in four days.

That short clip is part of a documentary film, Alive Inside, which shows how personalized music can completely transform non-responsive, uninterested, almost vegetative seniors.

In Henry’s own words: “It gives me the feeling of love … romance!”

In fact, famous neurologist and author Oliver Sacks — if you’ve ever watched Awakenings, the movie with Robin Williams and Robert de Niro in which inmates of an asylum go quite astonishingly sane, you’ve seen his story — concurs, saying Henry has been “quickened, brought to life.” 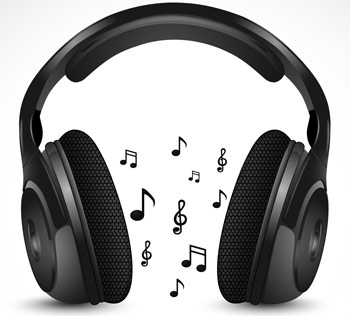 The story starts more than six years ago, when Dan Cohen, a social worker who had spent most of his working life in technology companies, noticed the lack of technology available to seniors.

“I saw that iPods were ubiquitious — everyone has one — but that there were none in nursing homes,” Cohen told me when we spoke last week. “We talk about digitally bypassed people, sometimes, but old people are the extreme.”

In fact, there are about 18,000 retirement and old age homes in North America, almost all of which have basically no computers, no iPads, no WIFI … none of the things that many of us who are younger and in good health take for granted.

On a whim, Cohen brought iPods into a care home.

“I personalized the music to what people like, or what they knew when they were young,” Cohen says. “Every couple of weeks I’d pull off songs they didn’t like and add ones they did.”

Eventually, residents had about 150 songs that they knew and loved on their iPods.

“It gives me the feeling of love”

Cohen was shocked at the results. Seniors who had withdrawn into themselves became animated. Elders who didn’t speak started singing. People who became agitated and upset every evening calmed down. It was almost like dead people coming back to life.

He started telling others about the program.

The Atlantic Institute of Aging in New Brunswick, Canada tried music therapy and confirmed Cohen’s findings. They started giving personalized music to seniors and, Cohen says, found that with music, “seniors who don’t talk, talk. People who don’t move, start moving. And seniors who are depressed get happier.”

Prominent neurologists like Dan Levitin and Oliver Sacks got involved, checking and confirming that something real was happening.

According to brain experts, there are actually multiple things happening when seniors seem to “come back alive.”  Music we hear between the ages of 10 and 16 becomes associated with the events of that time: puberty, hormonal changes, first loves, best friends, and more. 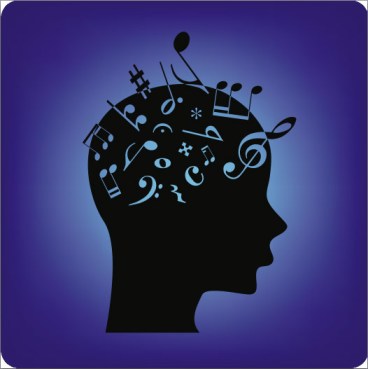 Then that music becomes some of the most deeply embedded memories in our neural networks. Memories that are not just stored in one single location but retained, seemingly, globally.

Music is unique in the brain

“That’s what’s different about music in the brain … and it’s unique. It’s not located in one spot,” says Cohen. “That’s why they use music for people who lose speech … they can’t speak but they can sing.”

One example is American congresswoman Gabrielle Giffords, who was shot in the head and lost the ability to speak. Music helped her regain the ability to sing and then to speak, by training the other side of her brain to talk.

And music has multiple impacts, brain researchers and neurologists have found. One of them is reducing blood pressure.

“Alzheimers often causes agitation around sundown,” says Cohen. “That’s why families put them into an institution — they can’t cope.”

But music, because it reduces blood pressure, reduces agitation. And elders can then stay home with their families, which is beneficial for caregivers as well, Cohen notes.

A graduate student helping out in a Tulane, Louisiana care home tried music therapy with 15 dementia patients and found that every one, uncommunicative before, starting talking to her.

“In fact, they were so talkative that when re-tested for dementia, they could not be scored: the dementia had receded so much,” Cohen told me.

One of the criticisms of portable music systems since Walkmans is isolation: kids don’t interact with their peers or families anymore.

“When I started doing this,” said Cohen, “people were annoyed, saying that I was going to isolate seniors even more by putting headphones on them.”

Running an experiment with a foundation that gave iPods to a 200-senior test group, however, proved quite the opposite. The feedback from the professionals included not a single report of increased isolation, and a flood of stories of increased socialization, memories returning, and more conversation.

Early results were so encouraging that Cohen started a foundation, Music & Memory, to bring music to more elders.

The mission is to improve the quality of life for the elderly through personalized music. 40 or more care homes are already running music programs, created with the Institute for Music and Neurologic Function.

But cost is a usually a problem:

“A thousand dollars for medicines — that’s no problem,” Cohen says with a trace of a smile in his voice. “But one $40 music player … that’s a problem.”

But one thing did more to raise the foundation’s profile than any other effort: a clip from a movie documenting the effects of music on aging people. The Henry clip, in fact, that went viral, with six million views in four days.

“In some sense, Henry is restored to himself,” Dr. Oliver Sacks says in the clip. The music helps to “animate, organize, and bring a sense of identity back to people who are out of it, otherwise.”

Alive Inside and Kickstarter

Filmmaker Michael Rossato-Bennet is producing the documentary Alive Inside, which this clip comes from. The movie follows the story of Cohen and his patients and the effects of music on formerly quiet, almost vegetative seniors.

When he showed an early version for senior officials of the New York City Health and Hospitals Corporation, the response was incredible. The corporation, the largest municipal health care organization in the U.S., almost immediately decided to pilot the music program for 3,000 patients.

To finish the film, however, Rossato-Bennet needs $50,000 — mostly for music rights to use the songs that patients revive to. So he’s started a Kickstarter project to raise the funds.

Currently the project has eight days to go and still needs $30,000.

When finished — and Cohen is adamant the film will be finished, Kickstarter success or not — the group will take it on a film festival circuit.

Because, in Henry’s words, “right now the world needs to come into music.”