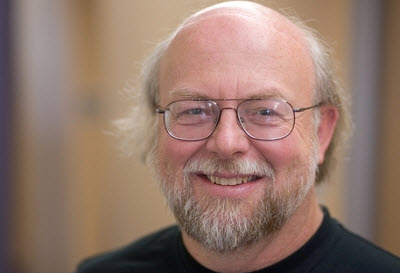 James Gosling, the creator of the Java programming language, has joined Liquid Robotics, a maker of robot vehicles that explore the bottom of the ocean, as its chief software architect.

Gosling is a former Sun Microsystems fellow who is best known as the father of the Java programming language, which has become pervasive as a web-based programming environment since it was first released in 1994. Bill Vass, chief executive of Liquid Robotics, was a former president of Sun’s federal subsidiary and recruited Gosling.

“The first time Bill described it to me, my first reaction was you’re kidding,” Gosling said in an interview. “The notion of having a fleet of autonomous ocean-going vehicles wandering the world collecting data is something out of fiction.”

It turns out that these robot fleets need a lot of enterprise software, including in-situ data reduction (cleaning out the noise as the data is collected on the robot itself before sending it along), and back-end cloud processing.

“So much of our platform is software these days,” Vass said in an interview. “They’re like data centers on the ocean.”

Gosling spent 26 years of his career at Sun, from 1984 to 2010. He left in April of last year after Sun was acquired by Oracle. He has noted that Oracle appeared to be very interested in how it could use Sun’s patents in a legal battle with Google, which is ongoing. Earlier this March, Gosling joined Google. But the lure of Liquid Robotics, which has offices in Sunnyvale, Calif., and Kamuela, Hawaii, proved to be stronger.

Gosling admits to being a robot geek, though he says he is not as hardcore about it as some of the attendees of Silicon Valley’s Maker Faire. Recently, he has spent much of his time researching real-time software code, which runs on robot vehicles.

“This brings it all together,” Gosling said.

Liquid Robotics makes the Wave Glider unmanned maritime vehicle (UMV), which uses waves to propel itself. Wave Gliders harvest natural energy and can be used for commercial, scientific and defense purposes. The Wave Gliders can prowl the ocean for as much as 2.5 years. They are doing tasks such as testing the water for leaks around oil rigs or measuring the radioactivity of the ocean outside of the Fukushima nuclear reactor facility in Japan.

The Wave Gliders are more versatile than their rivals, which include ships, buoys, and satellites. Since they get their energy from waves and the sun, they don’t have to use energy for propulsion. That leaves them with plenty of power for computation and sensing, Vass said. The company was started in 2007 and it has 73 employees. The company raised $22 million in a fourth round of funding in June from VantagePoint Capital Partners, with participation from oilfield services firm Schlumberger.