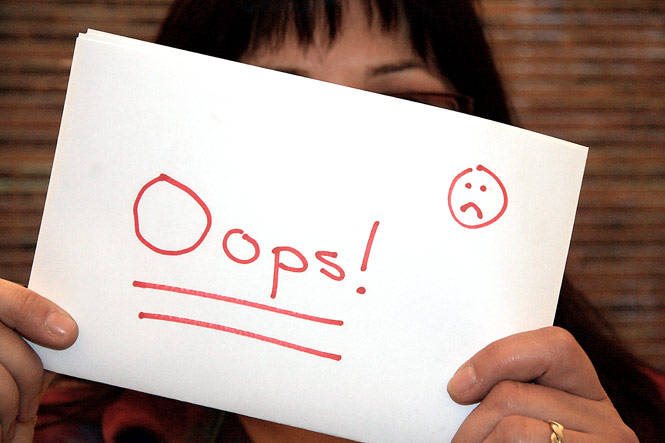 What happens if a crowdsourced project fails? Do contributors get their money back?

In an NPR interview yesterday, Kickstarter co-founder Yancey Strickler seems to suggest that the question of refunds has never been broached, that failed projects which are unable to deliver promised goods are “a bridge that has not yet been crossed.”

That wasn’t a big deal, perhaps when projects were small: some thousands of dollars. But now Kickstarter has raised $289 million for almost 70,000 projects. And some of those projects, like the Ouya gaming console, have raised millions of dollars from tens of thousands of fans.

Unfortunately, not all Kickstarter projects have have been completely above-board.

Tech-Sync Power Systems took $27,000 in pledges before being canceled under odd circumstances. Vere Sandals seemed to be a case where an organization took on backers for one purpose — yes, sandals — and was accused of using the funds for another: starting a retail business. That turned out to be a simple delay. But others, such as the group behind MYTHIC, a nonexistent game from an imaginary team, continue to try to scam the crowdfunding scene.

The internet is very good at detecting and shutting down scams. MYTHIC was canned after raising just under $5,000 of an $80,000 goal. Another scam for a universal video game controller was shut down before getting fully funded. And, since no money is awarded unless a project is fully funded, and the Kickstarter community seems to be pretty good at weeding out bad actors, it’s not clear if a complete scam has ever fully succeeded on the site.

However, that doesn’t mean that all projects always deliver the goods, but most do — even if they’re late.

As Appsblogger’s recent infographic shows, only 25 percent of Kickstarter projects in the Design and Technology categories finish on time. After eight months of delay, at least 75 percent of projects have delivered the goods to their backers. In fact, the more funding they have, the later they deliver.

We’re still working to find out what happens to the remaining 25 percent that haven’t delivered after 8 months or more, but here’s one anecdotal point: Kickstarter told me about one project that delivered two years after completing funding.

So what about that quote? What about the apparent reference to failed projects being an “uncrossed bridge”?

A Kickstarter PR representative told me that “the quote is a mis-hearing.” The “new ground” Strickler is referring to is not failed projects, but whether Kickstarter would get involved in mediating a dispute between a project and its backers.

All dealings are solely between Users. Kickstarter is under no obligation to become involved in disputes between any Users, or between Users and any third party. This includes, but is not limited to, delivery of goods and services, and any other terms, conditions, warranties, or representations associated with campaigns on the Site. Kickstarter does not oversee the performance or punctuality of projects.

But it does leave a lot of grey area. For example, who would force a “Project Creator” to grant a request for refund, if not Kickstarter?

There’s some room for clarification here, and Kickstarter just published a blog post, attempting to provide it. But, the representative said, the company is still young.

“We’re three years old. In our first year, no one knew about us,” said.

Now that many millions of people have heard about Kickstarter, it will probably have to cross the refund bridge sooner rather than later.