The social networking market has brought fame and fortune to a number of Silicon Valley startups. But several entrepreneurs have veered off the path of being the next valley billionaire and have instead harnessed the viral nature of social networking to support nonprofit causes.

After a couple of years laying the groundwork, these social-networking nonprofits are just now hitting escape velocity. Probably the best example of this kind of company that combines doing good with good entrepreneurship is Kiva.org. Founded in 2005, the San Francisco nonprofit locates underprivileged people in developing countries who want to start their own small businesses and matches them with loan donors via its web site. It’s now raising $1 million in loans every 12 days. About 45,000 businesses in 40 countries have received Kiva micro-loans. 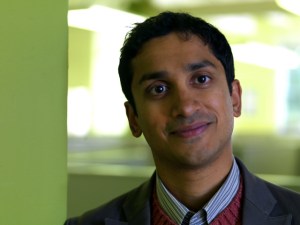 Kiva’s own network is spreading fast through word of mouth, just like all good viral technologies do. As this rate of lending accelerates, Kiva foresees the day when its micro loans will exceed those of Citibank. The company’s CEO, Premal Shah (pictured left) calculates that the total amount loaned through the Kiva network will exceed $1 billion within seven years.

Many nonprofits have been using the Internet for years. But with the rise of Web 2.0, it’s becoming clear that they can benefit from social networking and user involvement just as much as for-profit businesses can. Consequently, even venture-backed entrepreneurs can gleen lessons from the growth of the likes of Kiva, where a total of $27 million has been loaned out and $5 million has been repaid so far. (Repayment schedules still have a long way to go) Advanta Corp. has just launched a co-branded credit card with Kiva that consumers can use to make loans or donations to Kiva. In just the past six months, the Kiva site has grown from 100,000 lenders to 250,000. Thanks to its momentum, it is picking up media recognition, partners in the business world (Google, PayPal) who can benefit from being associated with Kiva, and celebrity endorsers such as Oprah Winfrey and Bill Clinton.

The idea is to run the nonprofits with the ingenuity of some of the best e-commerce businesses, said Shah, a former PayPal manager. The real power is, in classic Web 2.0 style, is to get users on the Internet to do its labors. That may be the key to becoming a self-sufficient enterprise that can become even more powerful at lifting people from poverty in comparison to a pure charity. It’s part of a growing social entrepreneurship movement (see our past coverage ) that is luring technology executives who want to give something back.

At the same time, entrepreneurial nonprofits like Kiva may develop for-profit add-ons. For example, they might allow lenders to earn money on their returns. These kinds of ideas have to be handled delicately, but they could determine whether the company makes an even bigger splash. Among the other nonprofits using the online social networks for good causes are Change.org, Donors Choose, Project Agape, Ethos, dotherightthing, Six Degrees, and Good2Gether. And Silicon Valley’s own Stanford University seems to have picked up on the trend with its executive program in social entrepreneurship led by business school professors such as Garth Saloner.

Ethos Water, founded in 2003, helps children get clean water. It was acquired in 2005 by Starbucks and has $6.2 million in grants made to date that have benefited an estimated 420,000 people. Donors Choose, meanwhile, gets teachers to list the classroom materials they need on its web site. Then donors can give the teachers the specific items they’ve requested. The site has raised $21 million in donations for tens of thousands of teachers with 1.2 million students nationwide. It is on track to more than double its donations during 2008.

A Closer Look at Kiva

Kiva’s market has been brewing for many years. The whole field of micro-loans has taken off since economist Muhammad Yunas won the 2006 Nobel Peace Prize for pioneering the concept to help the poor rise out of poverty. Yunus started his Grameen Bank in Bangladesh in 1976. He made his first loan of $27 to 42 women in the village of Jobra. They were creating bamboo furniture. Now Grameen has made billions in loans and the industry has taken off. Last year, SKS Microfinance of India received $11.5 million in venture funding from Sequoia Capital, Unitus Equity Fund, Odyssey Capital, SIDBI, Vinod Khosla and Ravi Reddy. 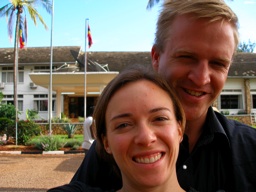 Kiva itself started back in 2005. It was the brain child of Matt Flannery, a Stanford grad and engineer at Tivo, and his fiance Jessica (both pictured left), who wanted to live in Africa. They visited the continent and heard the stories of micro-loans and poor entrepreneurs. They returned to San Francisco, created a web site, and organized a micro-loan project for seven businesses in Uganda. They asked their wedding guests to make the loans and managed to fund all of the businesses. They organized another round. It got publicity in the Daily Kos and within a few hours, all 25 of the businesses were funded. Shah joined them as it became clear that they had a chance to make something big. They figured that one day, with the power of the Internet, everyone could become a micro-lender.

The system is smart. There are more than 90 different field partners helping Kiva identify new businesses that need loans. They take pictures of the loan seekers and upload the pictures to the web site. Using Kiva’s web site is easy. In December, I made a $25 micro-loan to Firdos Amjad and her five-person fruit sales business in Lahore, Pakistan. It wasn’t a donation. It was a loan so they could buy more fruit in bulk and thereby expand their enterprise. The women have made two payments so far and I, and others who lent a total of $1,275 expect to be paid in full within 12 months.

You can make a straight donation to Kiva so it can cover its operating expenses, including paying 30 employees. But Kiva isn’t just a charity. In fact, it is a hybrid profit/nonprofit enterprise that relies on loans, not donations.

Even though I don’t get a tax break from the loan (unless the loan recipient defaults and I can write it off as a loss), it makes me feel good that my small loan is going to change somebody’s life and that I don’t have to be rich to lend money. I showed the picture of the people receiving our loan to my 11-year-old daughter, and she understood that we were doing good. I find it fascinating that my own money, even such a small amount, can be tracked so well through Kiva. What Kiva has done that no one else did was combine online payment processing, Web 2.0 tactics, database capabilities and communication technologies to create the experience of lending to the poor in a person-to-person way.

In the case of my loan to Firdos Amjad, the field partner is Asasah, a micro-finance institution in Pakistan which has worked with Kiva for eight months and loaned out $566,925 to 853 Kiva entrepreneurs. Organizations such as Asasah are beating out the village money lenders. Full told, there are 5,000 people working on the ground on Kiva’s behalf around the world. They find entrepreneurs and vet them, giving them only the smallest of loans if they have no one to vouch for them. Most lenders don’t withdraw their Kiva money once entrepreneurs have paid it back. They go on to make new loans in $25 increments. Sometimes there is so much interest that the field partners can’t find and upload loan recipients fast enough.

There are problems. Kiva has to deal with developing world problems such as corruption and working with people who may not be who they say they are. If someone defaults on a loan, as has happened on occasion, the lender loses the money, not Kiva. But Kiva will tell the lenders up front what happened, Shah said. The overall repayment rate is over 99 percent, compared to a micro-loan industry rate of 97 percent, Kiva says. Last week, one of Kiva’s field partners, SEED Development Group in Kenya, defaulted. Kiva’s lenders will take the loss.

Shah says that the community responds well to Kiva’s own disclosures of these problems. Awareness keeps growing. Craig Newmark, the creator of Craig’s List, supports it. Reid Hoffman, founder of Linkedin, sits on its board. Jeff Skoll used some of his eBay riches to donate $1 million to Kiva. The company is up for a Webby award and it has appeared on Oprah Winfrey. And last September, Kiva was named one of the top nonprofits at the Tech Museum of Innovation’s annual awards program in San Jose. The nonprofit’s supporters include a who’s who of Silicon Valley, including Google, Yahoo, and PayPal. And Shah himself is making a trip to the White House shortly.

Shah believes that Kiva can expand into being a credit bureau for people who live on $2 a day in the developing world. He reasons that the poor are using Kiva to establish their own credit worthiness by paying back their loans on time. If this is starting to sound like a business opportunity, you’re catching on.

“The whole idea is to blur the lines,” Shah said. “It’s a non-loss, non-dividend business. You aren’t relying on charity and are reinvesting in your mission. It operates sustainably and scales.”

Shah is aware, however, that he can’t poison the well by being too aggressive about turning Kiva into a money-making enterprise. It is only getting its money for loans because it is not a for-profit entity. As long as Shah stays true to the purpose of Kiva, the momentum should grow.