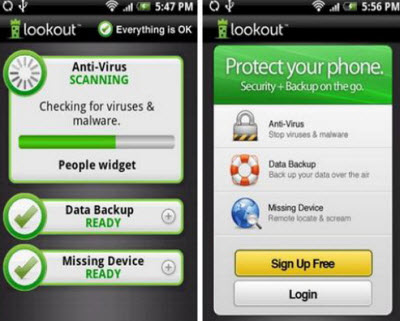 Lookout Mobile Security has unveiled a way for mobile users to get automated protection from malware. It is partnering with Verizon Wireless to deliver its Mobile Threat Network is Verizon Wireless, which will protect users of Verizon’s V Cast App Store.

Verizon clearly hopes to differentiate its app store by offering users more protection. The fact that this is necessary is also a tacit admission that mobile security threats are escalating in a big way.

“This is an easy and automatic way for people to stay safe,” Lookout cofounder Kevin Mahaffey told VentureBeat.

The Mobile Threat Network is a platform that partners can adopt so that they can automate the detection of mobile threats. The network can analyze threats and deliver over-the-air protection to mobile phone users around the world.

As part of the platform, Lookout developed the Mobile Security applications programming interface (API), which can extend the protection to any app store or download site. App stores are vulnerable to rogue uploads of malware, which in turn can infect a bunch of users who download an infected app. That’s one of the constant dangers of having an open app market.

Verizon Wireless doesn’t have a big problem with drive-by downloads now, since it examines each app submitted to it for about two weeks, Todd Murphy, director of business development at Verizon Wireless, told VentureBeat. But Verizon Wireless wants to get ahead of any potential problem and offer added protection for it users. If users feel confident about the security of their phones, they will do more with them, Murphy said. And the Verizon Wireless protection will scan apps for users, whether they have downloaded the Lookout app or not. 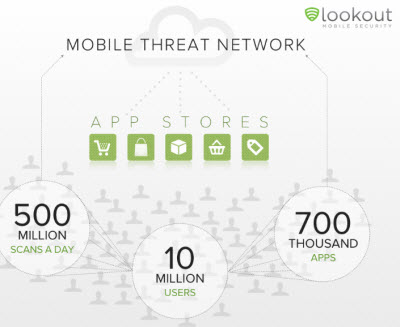 Lookout has been analyzing just about every known app created via its App Genome Project, which has collected more than 700,000 mobile apps. About 1,000 apps are added to that collection daily, and Lookout has now included them all in its Mobile Threat Network so it can detect anomalies in apps. The Mobile Threat Network scans and analyzes apps in real-time to identify suspicious apps. When a threat is detected, Lookout automatically protects the 10 million smartphone users who have already downloaded the free Lookout app. Now it will also protect Verizon V Cast App Store users.

The good thing about the Mobile Threat Network is that users don’t have to know anything about it, since it does its work behind the scenes in the mobile cloud. When it performs scans, it uses server computing power, and it doesn’t slow down your mobile phone, said Mahaffey.

Lookout has users across 400 mobile networks in 170 countries. Based in San Francisco, it has funding from Accel Partners, Index Ventures, Khosla Ventures and Trilogy Equity Partners. Lookout has 60 employees.

Mahaffey said that in the second quarter, the number of pieces of malware detected by Lookout increased 85 percent from the first quarter. Lookout’s app is available for free; a premium version has features such as more backup options and the ability to wipe your records from a stolen phone remotely. The premium version costs $2.99 a month.