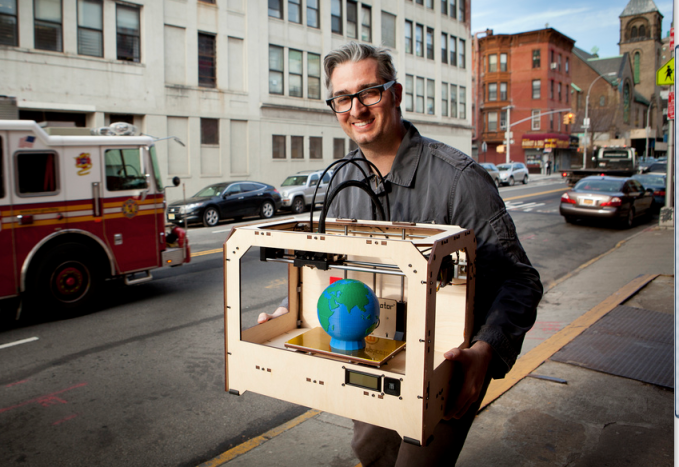 Emerging from its modest three-person founding, the 3D printing company is now 125 employes strong — and it needs some new office space.

Hence why Markerbot is moving to the MetroTech Center, a business and academic complex in downtown Brooklyn. A 16-acre site, MetroTech is currently home to the New York City Fire Department headquarters, Empire Blue Cross Blue Shield, and Polytechnic Institute, among others.

MakerBot will be taking up the entire 21st floor of One MetroTech Center, a space offering it 31,250 square feet to develop and test new products. The company won’t, however, be leaving its current location behind: A little under half of the company’s current employees will stay at MakerBot’s current office at 87 3rd Avenue in Brooklyn.With the move, MakerBot also intends to expand its staff even further, adding fifty jobs by the end of the year.

That the company has made it this far is in and of itself a success story. MakerBot was born in Boerum Hill, a Brooklyn neighborhood more famous for being home to hipsters and Spike Lee movies than DIY startups.

“We are a Brooklyn-based company and it was important to stay where we started (and it’s only a short walk from our current offices)!” MakerBot’s Gavin Murphy told VentureBeat over e-mail, when asked why the company didn’t consider a move to Manhattan. “We are growing pretty quickly, and are running out of room where we are just as quickly, so I would say yes, the move is motivated purely by our personnel growth.”

Now, three years after its founding, MakerBot is more than just a small Brooklyn startup. It’s slowly nearing its goal to make products like the Replicator as common as the microwave.