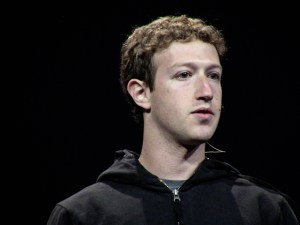 As VentureBeat’s Jolie O’Dell pointed out yesterday, Facebook CEO Mark Zuckerberg managed to strike a deal with some key investors and friends that gives him 57 percent of the shareholder voting power. For a public company, it’s an almost unheard of concentration of authority, a troubling sign for those who focus on shareholder rights.

“The public has no say in the control of the board, which in my view is terribly harmful to any notion of accountability,” Charles Elson, a University of Delaware corporate-governance professor, told Bloomberg. “It’s very troubling to investors, and it’s a bad bet for them.”

Is Elson just a worry wart? Not exactly. Facebook listed Zuckerberg’s total control of the company as one of the risk factors on its S-1. “So long as the outstanding shares of our class B common stock represent a majority of the combined voting power of our common stock, Mr. Zuckerberg will be able to effectively control all matters submitted to our stockholders for a vote, as well as the overall management and direction of our company.”

Starting in 2013 Zuckerberg’s salary will drop to just $1. Meanwhile, as Bill Gurley notes, Facebook is unique among big tech companies in paying a full 40 percent on its taxes. “Warren Buffet’s secretary would be happy. Facebook’s tax rate is already north of 40%. Other multi-national companies typically have found a way to reduce this. Facebook is paying full-boat.”

Zuckerberg isn’t alone among Silicon Valley founders in his need to concentrate power. As VentureBeat’s Dean Takahashi noted, Zynga’s Mark Pincus put together a complex system that left him with 70 times the voting power of ordinary shareholders.

Flashback to 2004 and the public offering for Google,  the biggest tech IPO until Facebook arrived. There also, the founders chose to grab a controlling stake of the voting shares. At the time CNET noted that this gave Larry Page and Sergey Brin “rare control over the company.”

When it comes to domineering founders of high-growth tech startups, history shows this kind of arrangement isn’t as rare as the press likes to think.