Hundreds of millions of people use digital collaboration tools daily. But just three major vertical silos — owned by Google, Microsoft, and Apple — own the majority of the business, collectively managing well over a billion accounts.

A ten-year-old open source project just passed its Indiegogo funding target to change that, however. 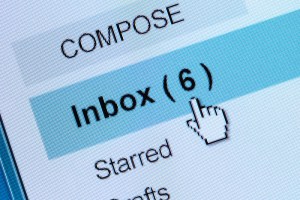 Web mail, calendaring, task management, conferencing, and file sharing have become essential parts of our lives and work. They live on the Web, but increasingly on mobile devices. At stake is our data and who owns it, and at the enterprise level it’s a game of lock-in and standardization that can make users feel like peasants of Westeros in giant games played by titans of the tech industry.

Roundcube.net is a platform created with the goal of enabling applications that would feel native to any platform and on any device. Ten years ago the Berne, Switzerland-based project used the most advanced technologies and was ultra-modern, dynamic, and beautiful. Reviewers and users were delighted and Roundcube quickly became the default choice for many governments, universities, companies and individuals.

The results to date?

cPanel reports that Roundcube is dominant with 62 percent of all users in its systems. The technology is installed on approximately half a million websites globally, and it’s used daily by hundreds of millions of users. Roundcube is integrated into major commercial offerings such as the Kolab Enterprise Collaboration suite, and offers a full Exchange replacement for organizations and corporations all the way up to the Fortune 50.

But a decade is an eternity in technology. When Roundcube started, mobile devices were large, clunky affairs used by the few. Today they are the most commonly used communication device. Roundcube Next is today’s answer to that radical change. Instead of once more embarking alone on that ten-year journey, Roundcube Next is about building a strong, healthy and diverse Open Source community to achieve that task within 12 to 18 months.

Launched on Indiegogo, Roundcube Next has already succeeded in securing its base funding and bringing together a powerful group of advisors.

Industry leaders such as  cPanel, Tucows, Fastmail, TransIP, bHosted, XS4ALL have already taken up their seats. Sandstorm.io  already reserved its seat, and companies such as German secure email specialists sys4 or highly innovative trimodal logistics specialist Contargo will be complementing them. Hundreds of people and companies have joined them to participate, many choosing the unique “Backstage Pass” where they can get exclusive access to the Roundcube Next designers and developers and provide feedback to them as Roundcube Next unfolds.

Roundcube Next will sport a brand new user interface that feels just as at home on a smart phone or tablet as it is on the desktop. The add-on system will be reworked to make adding sophisticated applications simple and reliable. In addition to the email and contacts, the core of Roundcube Next will grow to embody all of collaboration without external modules: calendaring, real-time chat, video conferencing, file cloud access, note taking, to-do list management, and collaborative document editing apps. 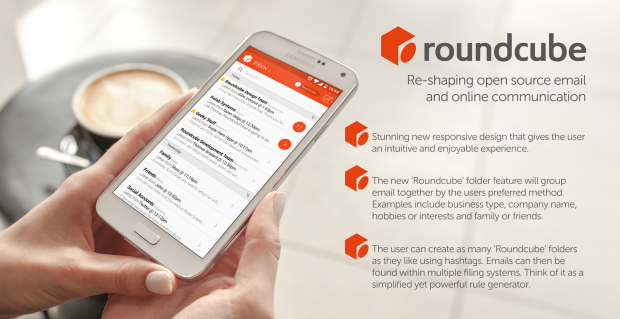 These apps will be made available through an integrated and easy-to-use Roundcube Apps Manager, making it easy to customize the available features. The Apps Manager will also provide access to third-party apps, allowing developers to share their customizations with the large Roundcube user base.

The principles of Roundcube Next are going to remain the same, however.

Everything will be released as open source, and the development team will start out with an even stronger commitment to security from the get-go. But in order to facilitate a fresh start, Thomas Brüderli, the original Roundcube developer has made the decision that he will be moderating, but not implementing that new incarnation of his vision of ten years ago. Thomas will be working hand in hand with one of the most amazing user interface and user experience designers we have come across for some time. His early concept sketches of where the user interface is going have the entire, growing Roundcube Next community shivering in anticipation. 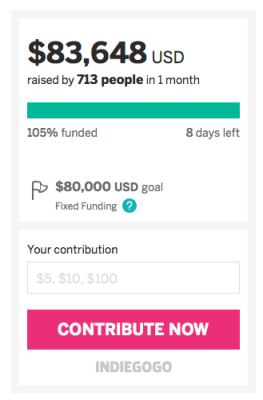 Above: Roundcube is already 105% funded

So to this extent, Roundcube Next has already been a huge success.

Never before has such a diverse group come together to become part of a community to build that unifying technology base that will be able to break up the silos. The process of building Roundcube Next is going to be a wonderful, exciting journey and you still have approximately one week left to punch your ticket for this ride.

The user experience of Roundcube’s first iteration was so good that Apple wanted to ship it as part of its own product. But born free and open, the founders Roundcube had a mission to serve the world of email and decided to not be locked into the sterile world of Apple stores. Instead they voted to keep user data safe from the prying eyes of advertisers, data miners, and unscrupulous government agencies. That’s continuing with Roundcube Next — for Roundcube Next the goal is nothing less than making the user experience so powerful that it will break down those silos and turn them into Roundcube Next installations.

For this goal it would be particularly exciting to see some more innovative application service providers and especially security minded companies joining the circle of advisors. And there are even still a few Customizer tickets left, each of who will receive their own, customized, limited edition skin lovingly created by the original designer working with the developers on Roundcube Next.

The backstage area is going to be exciting and busy on this world tour. So don’t miss out on your opportunity to be part of the Roundcube Revolution in re-defining web collaboration and taking it back to the people. 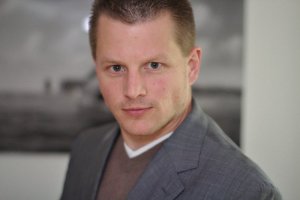 Georg is CEO of Kolab Systems AG, based in Zurich, Switzerland, and is the founder of the Free Software Foundation Europe.