Not to be outdone by Apple’s upcoming mobile payment solution, MasterCard has unveiled its own vision of secure NFC-based payments.

MasterCard has partnered with Zwipe, a company that develops fingerprint sensors, to create a credit card that includes both contactless payments and biometric security. The “Zwipe MasterCard” will work similarly to Apple Pay: You can just hold the card up to a payment terminal and authenticate a transaction with your fingerprint.

MasterCard, one of Apple’s premiere Apple Pay partners, has already tested the card with Norway’s Sparebanken DIN, but it will likely be a while until we see it available at other credit card providers. The companies claim this is the first card to combine NFC and biometric security (which replaces the PIN-based security of other NFC-based cards). The card includes a typical NFC secure element (no surprise there), and it stores your biometric data. 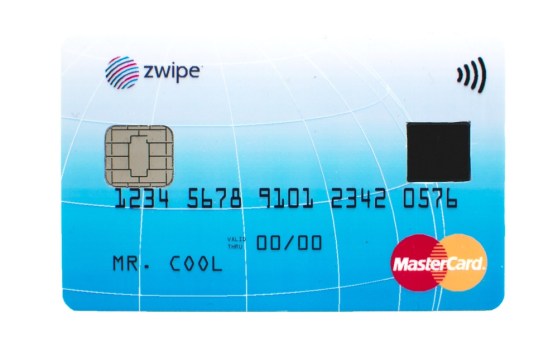 Just like Apple Pay, the Zwipe MasterCard offers two features that could ween consumers off of traditional credit cards: There’s no swiping involved, just a wave at an NFC terminal; and your credentials are incredibly difficult to capture, since they rely on biometric authentication. You won’t have to worry about a shady store stealing your card number with either the Zwipe MasterCard or Apple Pay.

Zwipe is also working on an updated version of the card for 2015 that will be compatible with existing payment terminals. That card will also be able to gather power wirelessly from the terminals — talk about batteries not included.