It has also arranged a credit line with Square 1 Bank to acquire other rivals in the sector.

The Los Altos, Calif. company has been accused of aggressive tactics. First, it lures small businesses to sign up as customers by creating profile pages for them MerchantCircle encourages the companies to “claim” these pages, by registering at the site.

Next, if the businesses don’t sign up at MerchantCircle, the company cold-calls them. MerchantCircle does offer a real service: It helps small businesses create a more robust online presence for a fee, ranging from $29 to $99 monthly, for example tracking reviews written about them at major review sites and other business listing portals. MerchantCircle alerts them when someone leaves a review about them. Merchant circle also offers them ways to advertise online with search engines (it helps them band together to get better deals too, for example, rounding up landscaping companies and working with them to create ads more cheaply at sites like Webvisible, using economies of scale). Finally, if a small business creates an online coupon on their MerchantCircle profile page, MerchantCiircle publishes that action on the pages of other local companies (see example of this in screenshot below of a profile page). This creates peer pressure, so that other companies see the actions of their peers, and are encouraged to do the same.

The strategy has worked. It has 250,000 small business customers, after 16 months of work. The latest investment is an endorsement too: Investors include Rustic Canyon, Scale Venture Partners and Disney. IAC was a new investor, which Smith said he welcomed for its expertise at doing acquisition deals. It raised $4.2 million two years ago (see our coverage).

Ben Smith, who founded Merchant, has returned as chief executive. He had previously left to become chairman, but returned to the helm this month after the company declined an offer to be acquired. Smith decided to embark on an acquisition strategy, instead. He declined to say how much the credit line is for.

One major rival is ReachLocal, which is hiring a massive salesforce to do something similar: Sell online marketing services to small business, including ads beside Google and Yahoo search results, and tools to maximize search engine optimization tricks. That company recently raised $52 million in venture backing to continue to add to its 300 person work force, and may even try to hire as many as 10,000 — all in an effort to compete with YellowPages. Reactions to our story about ReachLocal were almost universally negative (see comments; people thought it was crazy to be hiring so aggressively). The bile may reflect a bias among our Silicon Valley readers in favor of technology. MerchantCircle is a technology company — it has almost no salesforce. It has 10 employees (the marketing calls it makes are outsourced).

Another competitor is Weblistic, which is somewhere between ReachLocal and MerchantCircle on the automation scale. It has a salesforce, but not as big as ReachLocal’s. Weblistic, a two-year-old Fremont Calif. company led by the former chief technology officer of YellowPages.com, is backed by venture capital firm Foundation Capital. It has a low profile; we haven’t mentioned them before. 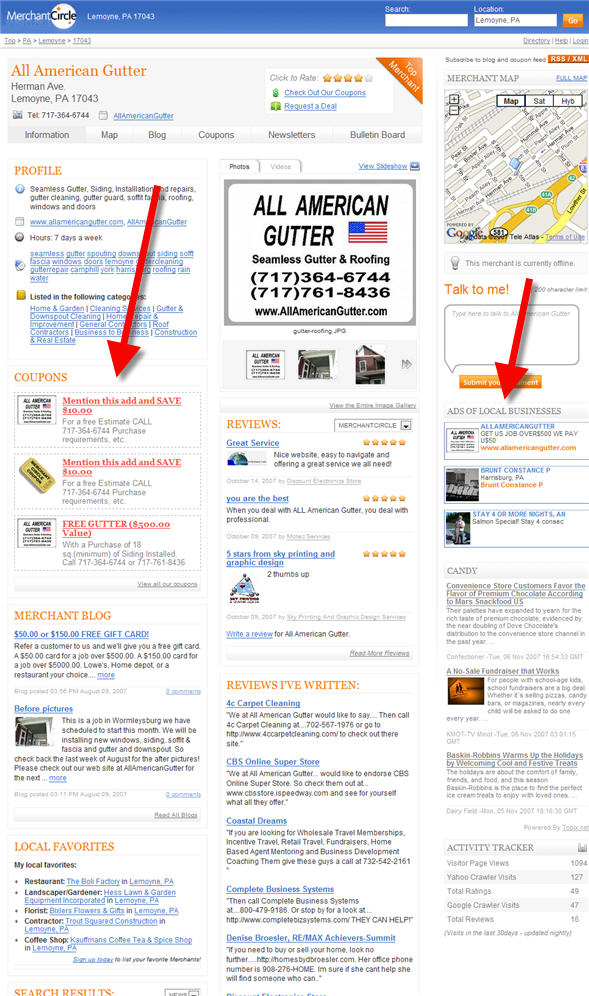