How’s this for a change? A venture capital firm partner is investing money in a bank focused on tech startups. That’s what is happening with Mercury, a bank for startups backed by Andreessen Horowitz.

Mercury was founded by Immad Akhund, Max Tagher, and Jason Zhang. The three previously worked together at Heyzap, which sold for $45 million in 2016. Mercury has nine employees.

Mercury is Akhund’s third startup, and it was inspired by the frustration he and his founders encountered firsthand with previous business banks.

“I often found myself unable to figure out basic things about my company, even how much cash I had on hand, without resorting to complicated spreadsheets,” said Akhund, CEO of Mercury, in a statement. “The banks we used had great people, but had long ago stopped building an actual product, especially one that meets the needs of startups.”

Mercury raised a seed round of $6 million from Andreessen Horowitz in August 2017 and has been quietly building the product since then. Rivals include Silicon Valley Bank and Wells Fargo. 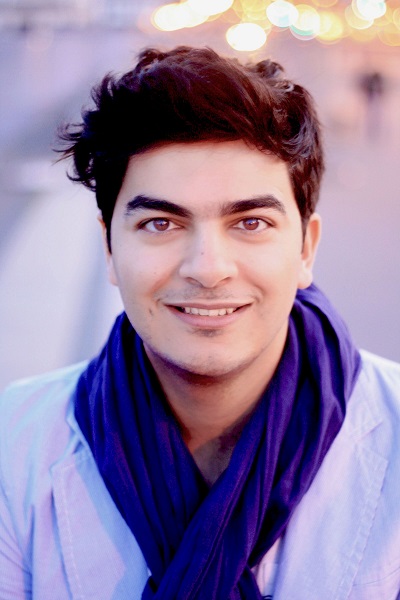 Above: Immad Akhund is CEO of Mercury.

Rampell is the general partner for fintech investments at Andreessen Horowitz and previously cofounded Affirm and
Point.com.

“Banks in the U.S. are lagging far behind those in Europe or Asia. Business banks in particular haven’t seen any innovation in decades,” said Rampell, in a statement. “Companies being formed today shouldn’t be built on the banks of yesterday.”

More than 3 million businesses are created annually in the United States, and banking those businesses is a $400 billion industry. But existing banks have little incentive to innovate when competition is low and the industry is ruled by a small number of major players, Akhund said.

Recent federal regulatory changes have started to open the door to innovation, but banks still offer little to no product specialization when it comes to catering to the startup market.

“Business needs have evolved and existing banks are not keeping up with that change,” Akhund said. “Technology is outpacing them. We want to be a technology-first bank that actively helps your business succeed.”

To accomplish its goal of creating a bank specifically for tech companies, Mercury first updated banking features to an intuitive, modern interface; wires, checks, and ACH transfers can be sent with three clicks. Full transaction history is completely searchable, and sign-up is 100% online, with account approval occurring in most cases within 24 hours.

Mercury’s bank accounts are created with startups in mind; companies receive team debit cards, checking accounts, and savings accounts that generate revenue on deposits. Akhund says the rate on savings accounts is currently 2% for most companies with funding and 1% for all customers.

“Startups need safe, liquid places to put their capital. We’re providing the easiest possible way to make both a fiscally responsible and intelligent decision with your funding,” said Akhund.

“Mercury is fully committed to transparent, common-sense pricing. The last thing a founder should be thinking about is why they were charged $40 for putting a latte on the wrong card,” Akhund said.

To that specific point, Mercury blocks overdrafts and sends a notification when an account is running low on funds. Accounts have full FDIC insurance and are provided through Memphis-based Evolve Bank & Trust, a bank with 90 years of history that has recently begun partnering with fintech startups.

Most startups don’t have finance departments or CFOs, and managing revenue, costs, and cash flow is usually performed manually in spreadsheets. Mercury has focused on creating tools for tech companies to manage cash flow and automate operations in real time.

Mercury provides analytics to help startups understand the sources of their costs and revenues and how they are changing. Mercury also has an API in alpha to help companies send money or view transactions programmatically.

“Mercury has a deep understanding of startups and what they need,” said Roger Smith, who founded Silicon Valley Bank in 1982 and is an investor in Mercury, in a statement. “If I were to start a business today I would use Mercury as my bank. They have a clear vision for how to create a product that’ll help entrepreneurs succeed.”

Mercury has been in private alpha since the start of 2019. The company has been collecting feedback from its initial invite-only customer base and improving its feature set in preparation for wider launch. While there has been some innovation in consumer banking in the U.S., business banking has remained stagnant. Mercury aims to change that.