Support for extensions was supposed to arrive by the end of 2015, but the feature was delayed until this year. Microsoft still hasn’t shared how long it plans to let testers play with it before releasing the functionality to all Windows 10 users. 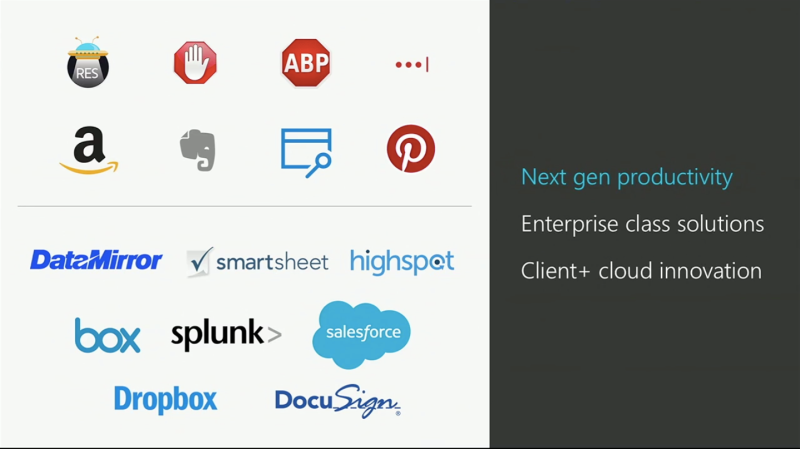 Once the feature debuts, all extensions will be vetted, delivered, and managed through the Windows Store. Until then, extensions need to be sideloaded manually.

On the whole, today’s announcement at Build 2016 is rather disappointing. Having a total of just 10 Edge extensions is a joke. Microsoft needs to ramp this up, and quickly, or Edge extensions won’t be much more exciting than IE add-ons.