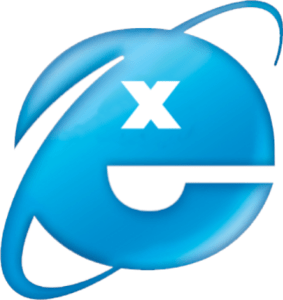 Microsoft pulled out the champagne today with a report that its Internet Explorer 6 browser had dropped below 1 percent usage in the U.S., a sign that businesses and crazily stubborn users have finally upgraded to a better browser.

“IE6 has been the punch line of browser jokes for a while, and we’ve been as eager as anyone to see it go away,” wrote Roger Capriotti, Director of Internet Explorer Marketing, in a company blog post. “Less than a year later, I’m thrilled to say that the United States has joined the ranks of Austria, Poland, Sweden, Denmark, Finland and Norway in dropping below 1% usage of IE6.”

Last March, Microsoft launched the IE6 Countdown website to track the slow and painful death of the outdated browser. Microsoft even partnered with many tech companies and websites like Kayak, Meebo and CNET to advertise a banner to IE6 users encouraging them to upgrade. The most stubborn country to update is China with 25.5 percent of that country’s share allocated for IE6, according to IE6 Countdown. Other update offenders include South Korea, which has 7.2% IE6 share, and Japan at 5.9% IE6 share.

Facebook, one of the most trafficked sites in the world, has even gone a step further to help get the world’s browsers upgraded. Last week, it was reported that Facebook’s new Timeline feature would not function for Internet Explorer 7 users, forcing them to update to IE8 or IE9.

Of course, in the complete scope of things, Microsoft might not want to drink too much of that champagne because Google’s Chrome and Mozilla’s Firefox browsers are munching away at Internet Explorer’s market share. A December report by StatCounter said Chrome has 25.7 percent share of the global browser market while Firefox has a 25.2 percent share. While Internet Explorer is still the big dog, it’s losing ground fast to its peers.