The move shouldn’t be a huge surprise for those paying close attention to OneNote’s development. Back in February 2015, Microsoft made OneNote for Windows completely free by removing all feature restrictions. This untethering of OneNote from Office meant users could download OneNote 2013 for Windows 7 and Windows 8 without having to pay for Office 2013.

OneNote 2016 came and went without much fanfare, as Microsoft focused its efforts on the free app, the latest version of which is OneNote for Windows 10. Indeed, Microsoft added many of the top features from OneNote 2016 to the Windows 10 version, and also kept many of the updates exclusively for the latter, including intuitive inking, built-in intelligence, and improved accessibility. Then late last year, in the Office 2019 announcement, OneNote was not mentioned alongside Word, Excel, PowerPoint, and Outlook.

At the time, Microsoft described Office 2019 as bringing “new user and IT capabilities for customers who aren’t yet ready for the cloud.” Given OneNote’s dependence on the cloud, and the fact that Office is a paid product while OneNote is free, the move to decouple the two was some three years in the making.

To be clear, OneNote is still included in Office. By making it available as a free download in February 2015, and now killing off the Win32 desktop version, Microsoft hinted and today confirmed that OneNote can stand on its own.

This also means Microsoft doesn’t have to keep up development of two apps, since OneNote for Windows 10 will get all the attention, including any that would have inevitably gone to OneNote 2019. Microsoft has long struggled to explain the differences between the two apps, even creating a support page specifically addressing the question “What’s the difference between OneNote and OneNote 2016?”

There’s another side benefit to this change for Microsoft: Users will have another incentive to get Windows 10.

For this and other reasons, some still prefer OneNote 2016.

Here is Microsoft’s explanation today as to why OneNote for Windows 10 is superior:

Why OneNote for Windows 10? The app has improved performance and reliability, and it’s powered by a brand new sync engine (which we’re also bringing to web, Mac, iOS, and Android). You don’t need to worry about being on the latest version since it’s always up-to-date via the Microsoft Store, and it lets us deliver updates faster than ever before. In fact, over the last year and a half we’ve added more than 100 of your favorite OneNote 2016 features based on your feedback.

And still, there are OneNote 2016 features that aren’t in OneNote for Windows 10. Microsoft is asking users to help prioritize what to port over by submitting suggestions in Windows 10’s Feedback Hub. 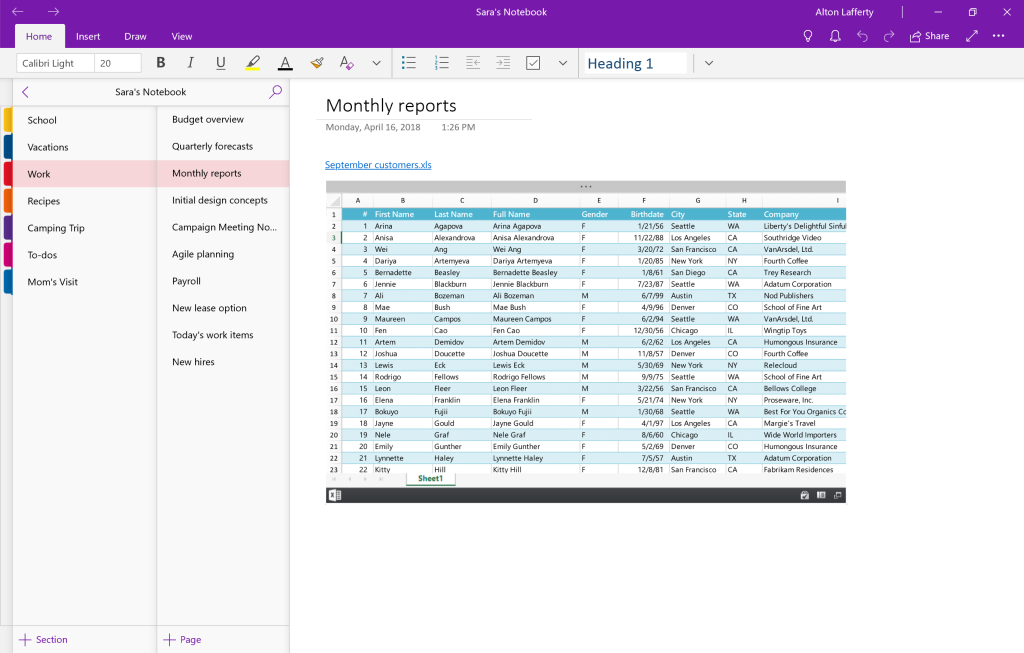 Microsoft also made a point today to show off new features coming to OneNote for Windows 10. The following three “top-requested features” will be arriving “in the coming months”:

Microsoft didn’t give a timeframe for these additions other than “this summer.” Expect these updates to thus roll out by mid-September.