Microsoft today announced that on Friday, January 29, it will release the first technical preview of Azure Stack — a package of cloud-computing services that are similar to what’s available on the Microsoft Azure public cloud but are tuned to run on companies’ on-premises data center infrastructure.

Microsoft first introduced Azure Stack in May 2015. Now the private preview of the product is coming to an end, which means any company can access it.

“A lot of managed service providers want to be able to stand up competitors to Azure and provide similar services,” Mike Neil, corporate vice president of Microsoft’s enterprise cloud group, told VentureBeat in an interview. “We think of them as one big family.”

Stretching the tools Microsoft provides to people for cloud application deployment into private cloud environments is, of course, pandering to the dedicated community of organizations running stacks of Microsoft software in their data centers.

But this is also an effort to strengthen Microsoft’s public cloud campaign. The two other dominant public clouds, Amazon Web Services (AWS) and the Google Cloud Platform, offer next to nothing in the way of on-premises software. Now the developers who learned how to use Azure can make themselves useful when their employers seek to run applications in on-premises data centers. Azure is certainly growing — Microsoft reported a 135 percent revenue increase on a constant currency basis in the third quarter of 2015 — but Microsoft is nevertheless playing catch-up, specifically with AWS. Hence the development of products such as Azure Stack and also the Cloud Platform System.

Azure Stack is based on, and goes well beyond, the longstanding Windows Server software that includes server virtualization, software-defined networking, and data de-duplication, among other things. Azure Stack ships with the Azure Resource Manager, which lets operations people create templates for deploying application infrastructure. And, as on Azure, you can choose to run applications on Linux with Azure Stack — thanks to contributions from Canonical, the company behind the Ubuntu Linux distribution.

Over time, Microsoft will add more and more Azure services in Azure Stack. For example, Microsoft thinks Azure Stack will contain Premium Storage and API Apps in preview when it hits general availability in the future. 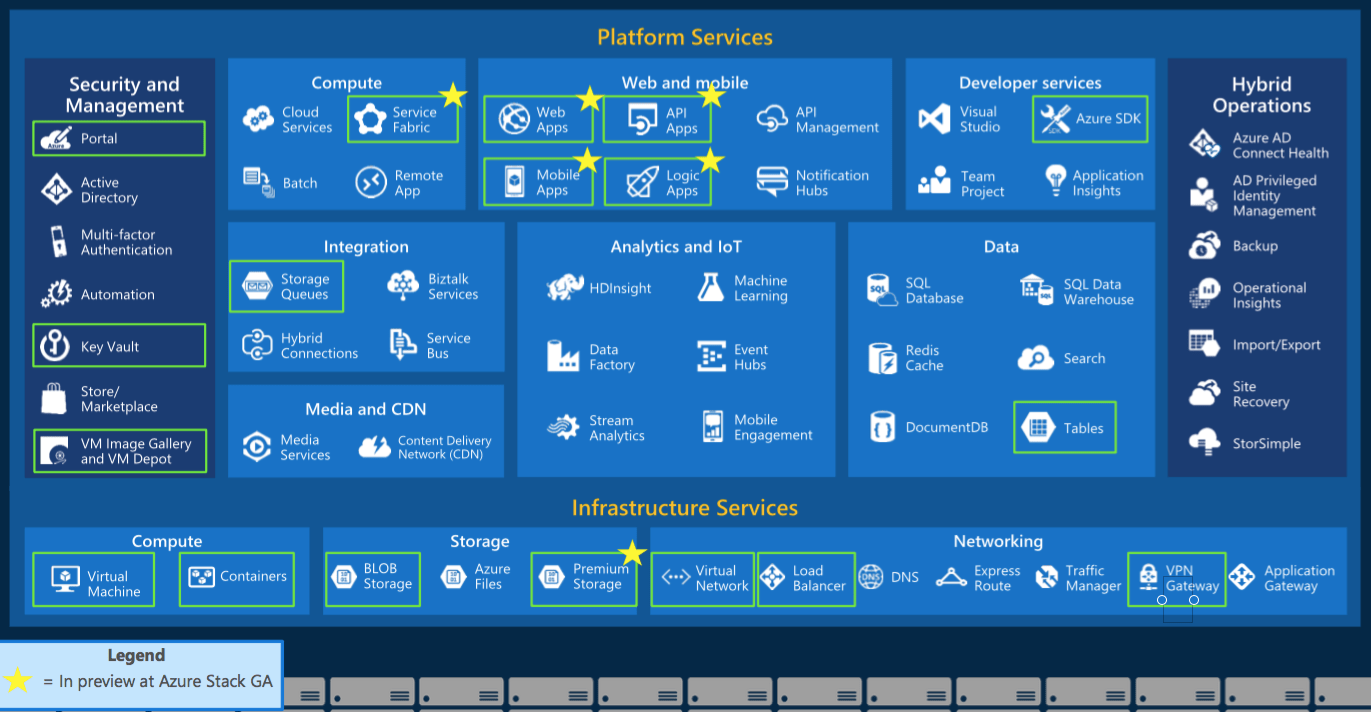 And Azure Stack could potentially be further enhanced with things like high-performance computing (HPC) services and big data services, such as the Azure Data Lake Store, Neil said. It all comes down to what Microsoft hears from its customers about what they’d like to see first in Azure Stack.

“There’s ample opportunity for us to continue to build on this,” said Neil, who was previously corporate vice president for Windows Azure Core and general manager of Windows Server 2012.