Microsoft today launched a free version of Microsoft Teams, its chat-based collaboration tool that’s part of Office 365 and competes with Google’s Hangouts Chat, Facebook’s Workplace, and Slack. Available worldwide in 40 languages, Microsoft is targeting the free version of Teams at small and midsize businesses that want to access chat, meetings, files, and apps in one place.

Teams launched worldwide in March 2017, and after a year Microsoft shared that more than 200,000 businesses across 181 markets use Teams (the company didn’t update that figure today). Back when Teams was still in preview, and unchanged all the way until today, Microsoft insisted it had no plans for a free or consumer offering of Teams. But the rumors and leaks persisted, and now you can finally use Teams without paying Microsoft for an Office 365 subscription, which starts at $5 per user per month. 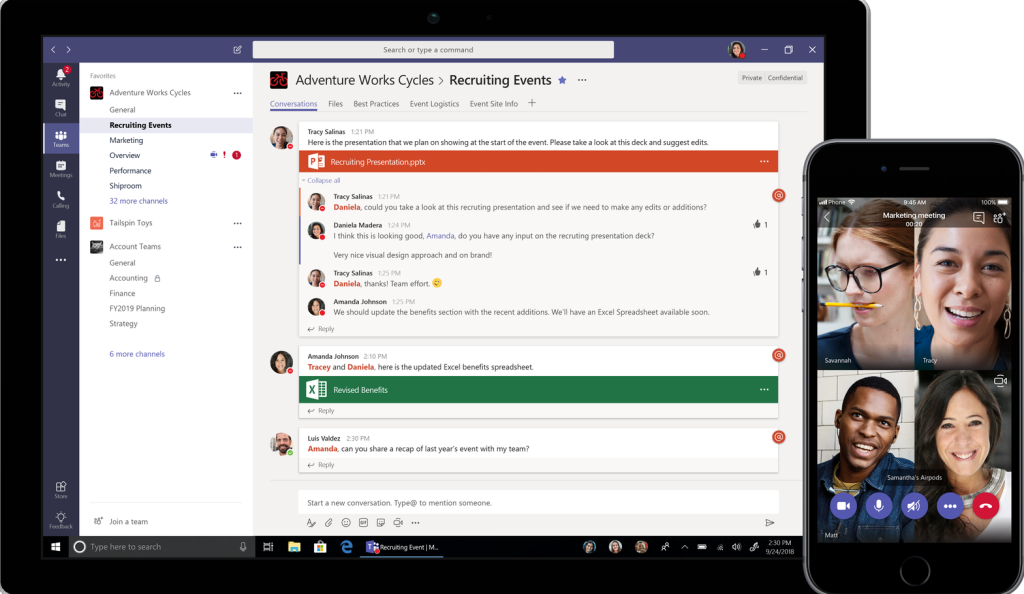 The free version does, however, have some limitations. While you get unlimited chat messages, search, and built-in audio and video calling for individuals and groups, your team storage is limited to 10GB (plus 2GB per person for personal storage). It also includes integration with Office Online apps (including Word, Excel, PowerPoint, and OneNote) and unlimited third-party app integrations (although there are only around 140 business apps to choose from).

This slide best summarizes how Microsoft sees its offering when compared to the competition: 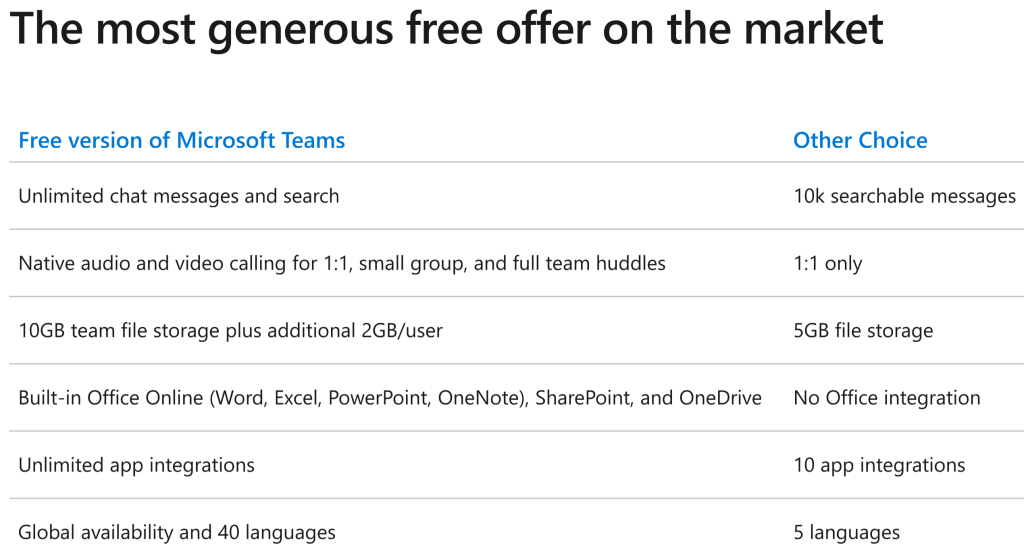 Make no mistake about it, “Other Choice” really means “Slack.” No limits on searching, calling, nor number of app integrations, plus more storage and more language support is what Microsoft wants to highlight. And of course, Office apps just a click away.

But there is at least one limitation missing from this slide: Slack’s free plan doesn’t have a limit on the number of users. The free version of Microsoft Teams caps out at 300 people. 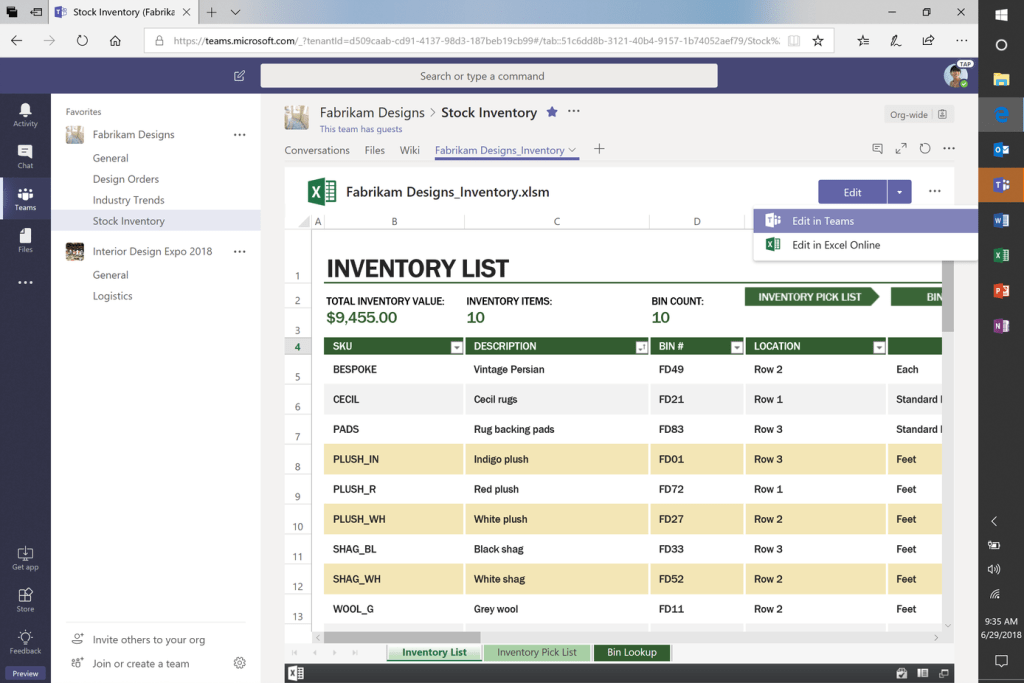 Microsoft is naturally hoping the free version works as a catalyst to get more companies to get the paid version of Teams, and hopefully Microsoft 365, which today received live events with facial recognition and speech-to-text transcripts. Teams in Microsoft 365 includes additional storage, enterprise security, compliance, and most importantly, no 300-user limit.

The bigger impact may be on Slack, which is terrified of Microsoft. If Slack were a publicly traded company, its stock would be tanking right about now.