Microsoft today launched Office 2016 for Mac. Office for Mac is now “powered by the cloud” so users can access their documents “anytime, anywhere, and on any device.” More specifically, the productivity suite integrates with Office 365, OneDrive, OneDrive for Business, and SharePoint so that you can access documents across personal and work accounts from various devices just by signing in with your Office account.

Microsoft released an Office 2016 preview for Mac back in March. Since then, testers have provided 100,000 pieces of feedback, and Microsoft has released seven updates in four months with “significant improvements in performance and stability.” While the test version of the productivity suite was free and didn’t require an Office 365 subscription, neither is true for the final release.

There is one way to reduce the cost: Go get an education. Like other Microsoft Office products, Office 2016 for Mac is available at a substantial discount or even for free if you’re a student. Just head to office.com/student to check if you’re eligible.

What about if you want to buy Office 2016 outright as a standalone version, like Microsoft Office has always been sold? Office 2016 for Mac will become available as a one-time purchase option in September, though Microsoft isn’t yet ready to share pricing or an exact launch date.

We asked Microsoft why that is, but it wouldn’t say. Translation: The company wants to put some time between the two to push its Office 365 subscriptions before it starts selling Office 2016 for Mac separately.

Like the preview, Office 2016 for Mac can still be installed alongside Office for Mac 2011. Office 2016 for Mac requires OS X 10.10 Yosemite, and like we said before, this is good news for Apple as those still on older OS X versions will have yet another incentive to upgrade.

The new apps offer full Retina display support with thousands of Retina-optimized graphics. While Office 2011 for Mac included some Retina support, it was mainly focused on the canvas (where the document is displayed) and the most common parts of the user interface. When the preview launched, Eric Wilfrid, general manager of Microsoft’s Macintosh Business Unit, told VentureBeat there are now “no more dark areas” in terms of Retina support, as Microsoft has completely switched over to Apple’s Cocoa APIs.

Office 2016 for Mac includes Word, Excel, PowerPoint, OneNote, and Outlook. That said, you should mainly care about the first three: OneNote is free on all platforms including OS X, and Outlook for Mac is already available separately for Office 365 users.

For Word, Excel, and PowerPoint, the redesigned ribbon on OS X is now consistent across the various platforms that Office runs on (if a function is on the Insert tab on your Mac, it will be there on your Android tablet as well). There’s also a new task pane interface that Microsoft hopes will make it easier to position, resize, and rotate graphics, as well as the usual new themes and styles to help you quickly spiff up your documents. Built-in document sharing tools let you invite teammates to work on a document together.

Full screen view, multi-touch gestures, and even “little Mac affordances” like scroll bounce have been added as well. As Microsoft puts it, “If you already use Office on a PC or iPad, you will find yourself right at home in Office 2016 for Mac.”

The biggest addition to Word 2016 is probably the cloud integration. When you see “Updates Available,” just click it to see what your colleague or friend has changed in the document.

Coauthoring and threaded comments (also available in PowerPoint) are two powerful collaboration features that have been greatly improved. The former lets several collaborators simultaneously edit the same document from different devices, and the latter lets them easily track comments right next to relevant text while seeing who replied to whom and when.

Here is what Microsoft has added and improved between Word 2011 and Word 2016:

The second-to-last point wasn’t available in the preview. Microsoft made improvements to Mail Merge while users were testing out Office 2016 for Mac during the past few months. 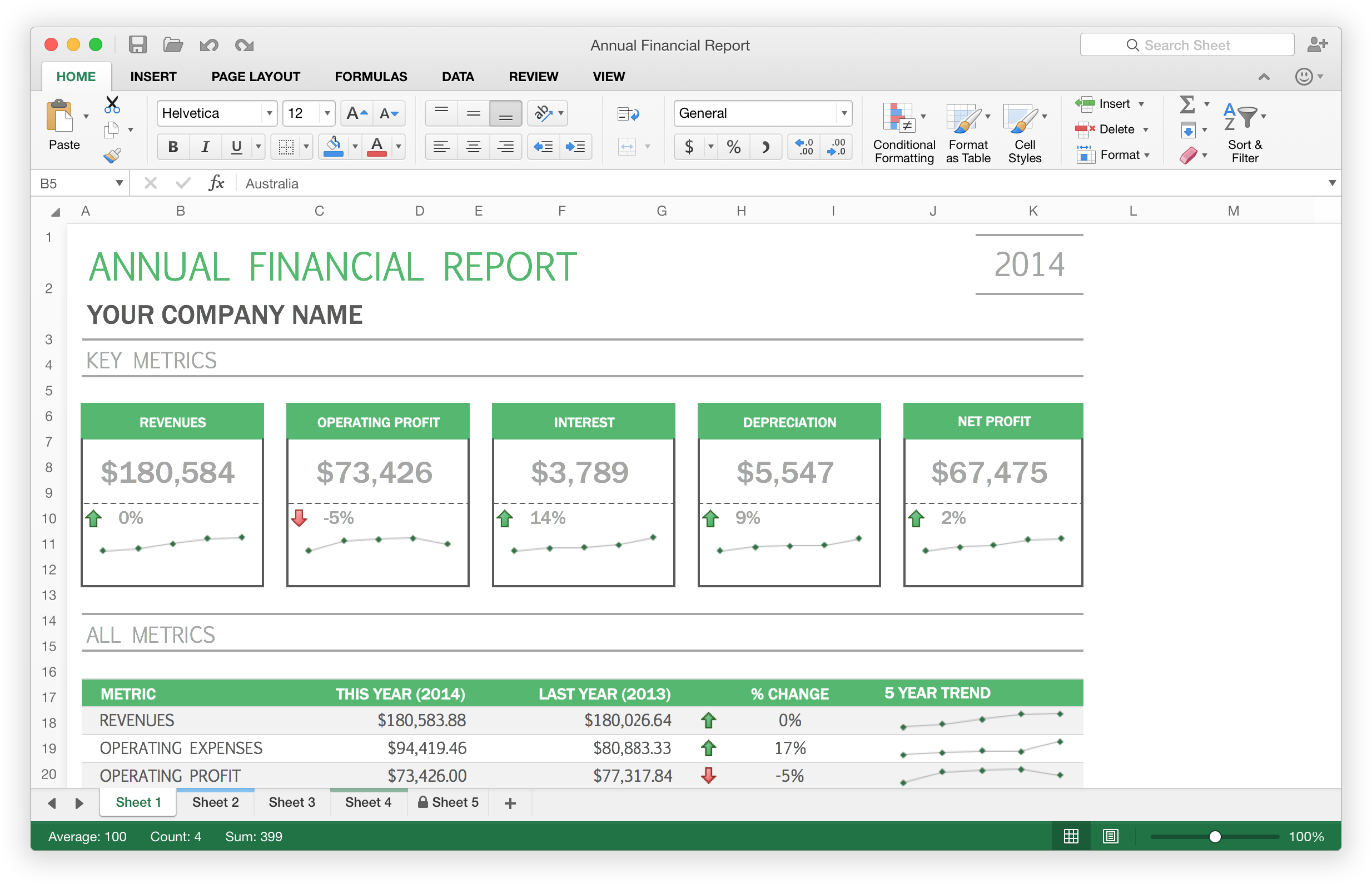 Here is what Microsoft has added and improved between Excel 2011 and Excel 2016:

Slicers is a data analysis tool for cutting through large volumes of data to spot patterns, while the Analysis ToolPak goes further with more advanced statistical functions, including moving averages and exponential smoothing. Over the course of the preview, Microsoft added support for External Data Connections.

Again, both of these have been made available as individual apps for Mac in 2014 and have received multiple updates since. 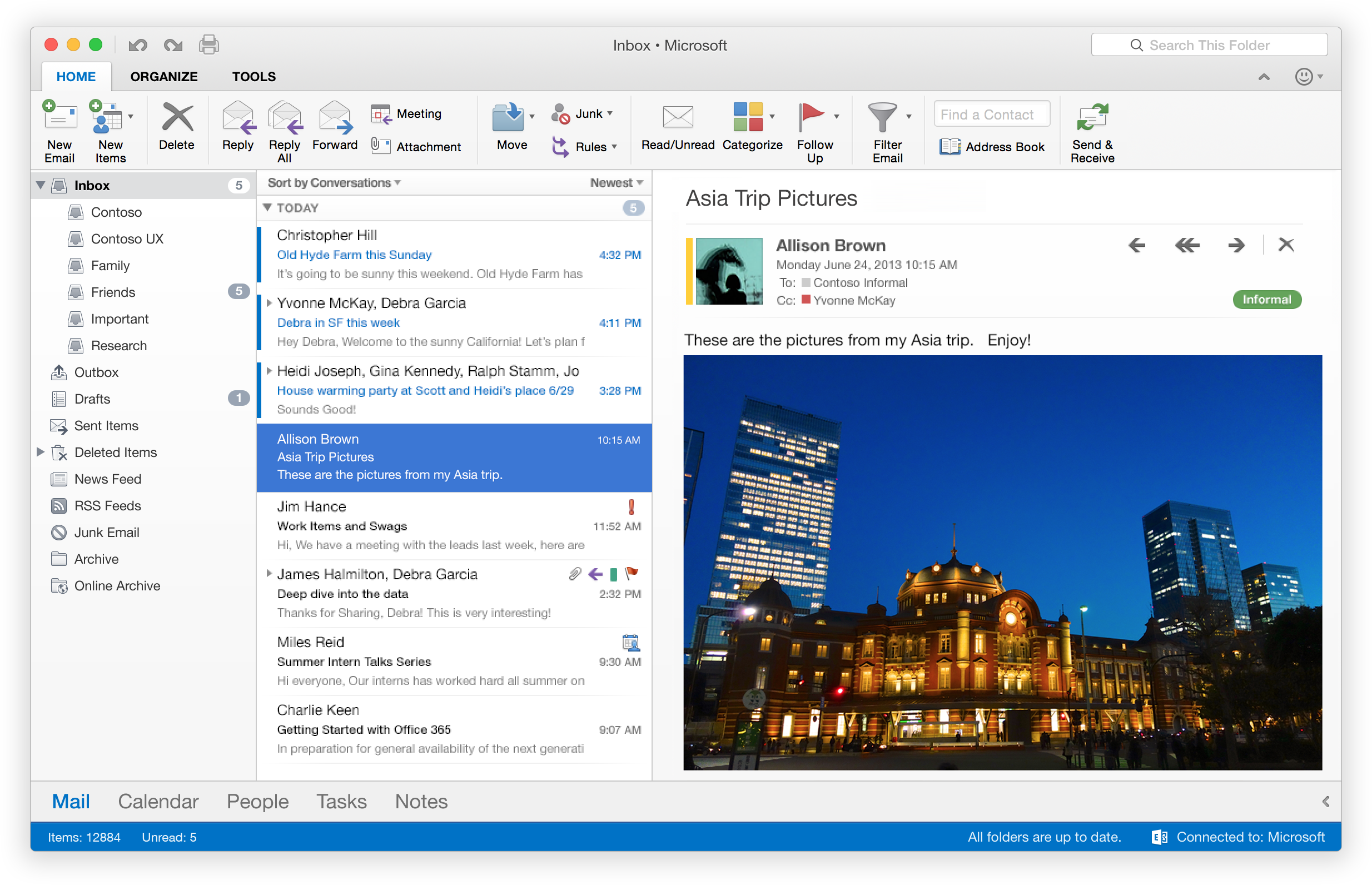 Microsoft did say that the Propose New Time option in Outlook was added over the course of the preview. If you haven’t used OneNote for a while, here is what you can expect:

OneNote has been free for more than a year. You do, however, need an Office 365 subscription to access SharePoint notebooks.

Office 2016 is now available for Mac. The Windows desktop version is still in preview, slated to launch “this fall.”

Microsoft now has the latest versions of Word, Excel, and PowerPoint apps available for iPhone, iPad, Android tablets, and Android phones. The equivalent touch-first universal apps for Windows 10 are “just a few weeks away” Microsoft said.

Again we’re reminded how today’s Microsoft really does prioritize users rather than its own platforms, both on desktop and mobile.