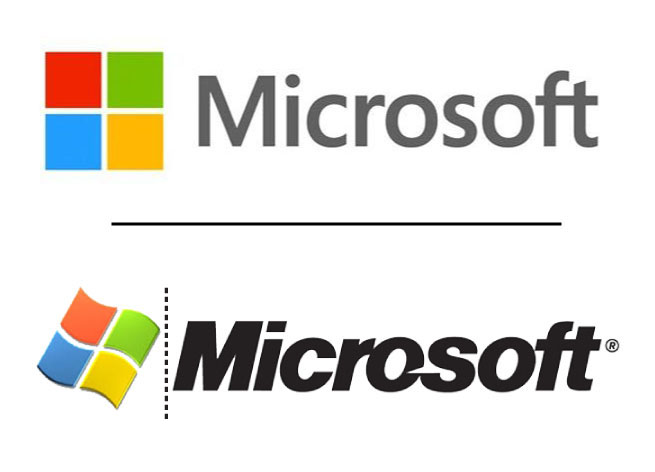 Iconic technology giant Microsoft is rolling out a new corporate logo to go along with the company’s line of recently released or forthcoming major product updates — the first time its done so in 25 years.

The new logo (on top of the image above) preserves the classic four-color “window,” but ditches the dated wavy shape in favor of a simple four-square box devoid of any shading. The company also decided to change the italicized jet black font to a regular sans-serif grey typeface.

Microsoft also released a YouTube video about the logo change, which we’ve embedded below. The video features several of its other brands, (Office, Windows, and Xbox), each represented under a single color found in the main Microsoft window-box icon (except yellow).

While I like the fact that Microsoft didn’t go for something drastically different (for the sake of being different) with its new logo, I can’t help but think the company really missed a great opportunity to rebrand itself into something truly fresh. For example, L.A. art student Andrew Kim created Microsoft rebranding concept last month that ties in most of the products under a new simplistic logo. No matter what you think of Kim’s work, at least it made a statement.

Correction (1:30 p.m. PST): A Microsoft spokesperson contacted VentureBeat to point out that Microsoft’s previous official logo did not contain the wavy flag-looking window icon. Still, there are plenty of references to incorrect logos across the web  that associate the two images together. But since the new logo officially features both a colorful window as well as Microsoft word art, the old, incorrect logos should soon disappear.