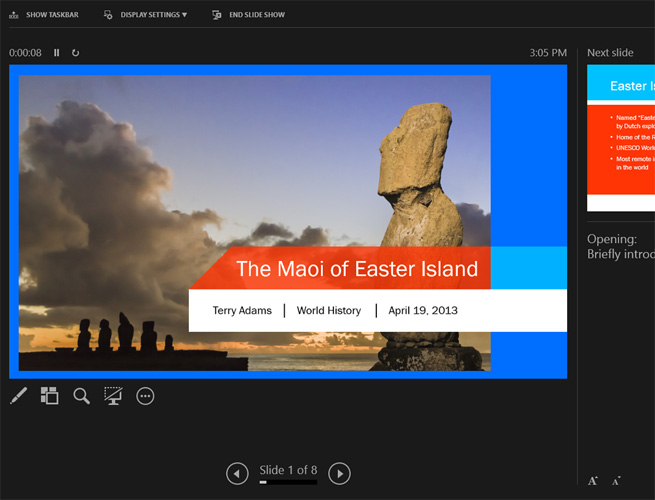 After teasing its launch for many months, Microsoft has finally released several consumer-focused versions of Office 365 and Office 2013 to 162 markets.

After Windows, Office is arguably Microsoft’s most important product and helps the company make a lot of cash. Office programs such as Word, Excel, PowerPoint, and Outlook are staples around the world for productivity, and while compelling alternatives do exist, these apps are still the standard for how we get work done.

But times have changed since Office debuted in 1990, and Microsoft is trying to adapt to how we work now. We’re much more mobile, we have more devices, and we’re more likely to subscribe to software at a reasonable price than pay a ton upfront. (Adobe has noticed these trends too.)

So Microsoft is offering different plans for the newest version of Office and trying to coax consumers and students with a relatively decent subscription deal. Or you can get into Office “the old way” and buy a single copy for a single PC.

Here are the details on how Microsoft is now offering up Office 365 and Office 2013.

Microsoft is prioritizing Office 365 Home Premium as its top offering for consumers. With it, you can install a copy of the software on five different devices, including PCs and Macs. The software ties itself to one Microsoft account and lets you use that account to manage it in the cloud.

Office 365 Home Premium is cloud-connected in several ways. For example, when you save a document in Word or Excel, it saves simultaneously to SkyDrive and to the computer’s hard drive. That way, no matter where you access a document, you have the latest version of it. Office 365 subscribers also get 60 free Skype minutes per month and get a boost in SkyDrive storage from 7GB to 20GB.

Additionally, subscribing to Office 365 gets you an ingenious feature — Office on Demand. Essentially, whenever you are on a Windows 7 or 8 PC that is not one of your five installs (let’s say you’re at a friend’s house or a satellite office), you will still have access to Office. Microsoft actually streams a copy of Office from the cloud down to that computer and you can save your work to the cloud. When you are finished with your Office on Demand session, the copy disappears and removes all traces you were there. (We wish this worked on Macs too, but hey, can’t win ’em all.)

“We want to drive the most demand for this,” Jevon Fark, senior marketing manager at Microsoft told VentureBeat. “This is easily the most ambitious version we’ve ever offered in the 25-year history of Office.”

The company will also offer a version of Office 365 aimed squarely at college students. It is basically the same offering as Office 365 Home Premium, but it comes at a better overall price and only lets you install the software twice. You’ll also get the convenience of Office on Demand, which could come seriously in handy in university computer labs, which may not have the latest version of Office installed.

Frankly, Office 365 University looks like a killer deal. Microsoft says it will let students re-up on the $80-for-four-years offer a single time, which helps if they need extra time to get their Bachelor’s degree or go to grad school.

If you’d rather pay a large amount upfront and not have to subscribe to get your software, Microsoft also is offering Office 2013 Home Premium in three other versions. Think of these versions as a more traditional approach to Office. If you just want a single copy that can only be installed on one PC, this is your software.

Office 2013 Home & Student will be the overall least expensive offering in the new Office family because you get the most basic Office programs and simply pay $140 for the life of the product. It offers the bare bones package though.

Small businesses that want to approach Office from a more traditional perspective of buying a licence or two for those who need a new copy might want this version. Office 2013 Home & Business is targeted at smaller companies rather than medium-sized companies and enterprises.

If you’re a serious Office aficionado and need the full suite of Microsoft tools, Pro is your version. Unless, of course, you’d rather have the same programs and get extra goodies by subscribing to Office 365. Chew on this: Pro costs $400 and only lets you install on one device, while 365 Home Premium lets you install on five devices with more cloud features. If you use Office 2013 Pro for four years, only then do you make up your investment when you could have paid the same for four years of Office 365.

Interestingly enough, Microsoft isn’t shy to admit that paying $400 for Pro isn’t a good deal. “My understanding is that we don’t want people to buy Pro for $400 — we want people to subscribe to 365,” Fark told us.

The final copy of Office 365 Home Premium runs quite similar to what we saw previously when testing Office 2013. This is the Office you’ve known (and maybe liked) for years, but it has a more compelling design and more features. One feature that really stuck out was PowerPoint’s new Presenter View, which lets you preview slides and other info on your PC’s screen while giving a presentation. (You can partially see Presenter View in the top photo.) Another feature is a new start screen that pops up when you start Word, Excel, PowerPoint, and more that shows popular template options.

What makes the latest version of Office a bit different besides the cloud-connected features is that it’s also built with touch in mind. Microsoft wants you to use this software on its Windows 8 tablets like Surface as well as Windows 7 and 8 PCs. You can change the settings that optimize icons and options for touch. But exclusively using touch can be a recipe for frustration — I found it challenging to input lots of numbers or prepare a presentation. I’d much rather use these programs with a mouse and keyboard.

Next up, Microsoft will launch the latest version of Office 365 for businesses on Feb. 27. The company hasn’t divulged details on how it will differ from Office 365 Home Premium yet, but we suspect it will offer various group editing and collaboration features in the cloud. When we find out, we’ll let you know.

Check out more views of the new Office 365 and Office 2013 in the slides below.