The only exception will be business computers running Windows 7 Professional, which will continue being sold for at least another year. The Windows Lifecycle chart for sales below summarizes the important dates we know. 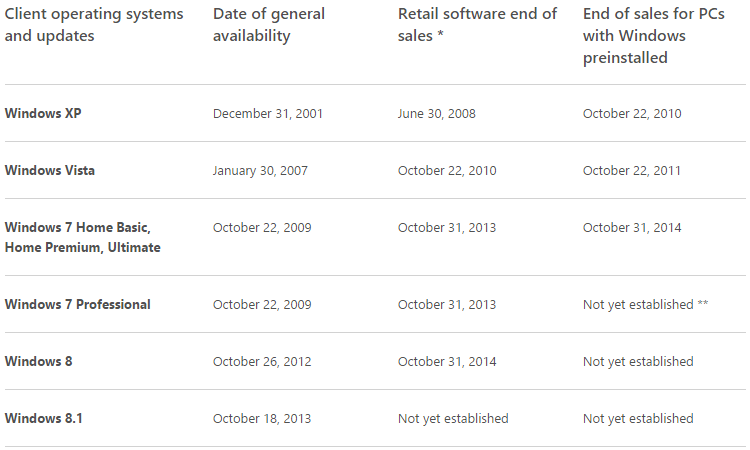 So if you still want a Windows 7 computer, for whatever reason, expect to be paying for Windows 7 Professional. As inventory runs out, you may even be charged a premium for a “business machine,” because OEMs know they can get away with it.

It’s also worth noting that Mainstream Support for Windows 7, including for Windows 7 Professional, will end sooner than that, on January 13, 2015. Microsoft could decide to extend Mainstream Support, so as to avoid selling it with only Extended Support offered, though it has not given any indication yet it will do so. 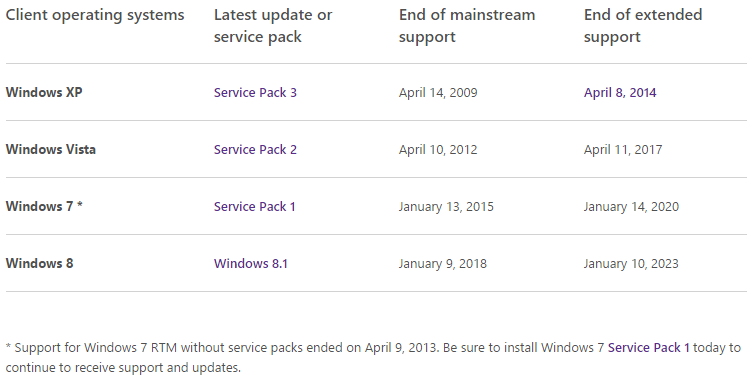 Microsoft’s main goal now is to get Windows 10 out the door. That being said, it wants to keep its current customers, especially enterprises and businesses, satisfied. After all, one day they will be considering upgrading from Windows 7 or Windows 8 to the latest and greatest.